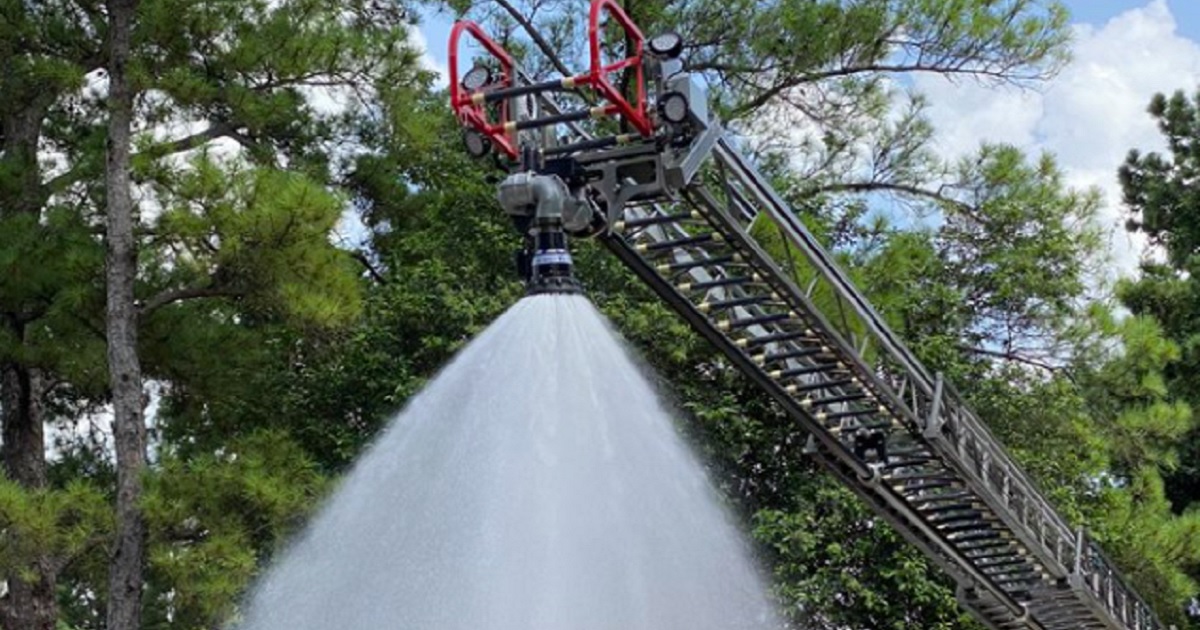 More than 80 people needed treatment Saturday after a chemical leak at a Six Flags water park near Houston.

According to KPRC-TV, the incident occurred at Six Flags Hurricane Harbor Splashtown in Spring, just north of Houston. Officials said 31 people were taken to a hospital for treatment, while 55 went through decontamination but did not go to a hospital.

About 4,000 people were at the park when the leak took place, according to CBS.

“At approximately 2:30 this afternoon, a small number of guests in a section of the park reported feeling ill with respiratory irritation,” a Hurricane Harbor representative told CBS News.

“The safety of our guests and team members is always our highest priority and the park was immediately cleared as we try to determine a cause. Out of an abundance of caution, the park has been closed for the day.”

ABC News reported Sunday that the incident affected a children’s pool, one of 16 attractions at the park.

“After evacuating the park and conducting preliminary tests of the air and water, investigators found the water had a chemical combination of 35% sulfuric acid and 10-13% bleach, Scott Seifert, the chief of Spring Texas Fire, told reporters,” ABC reported.

“The chemicals are commonly used to clean and treat swimming pools.”

First responders in the case said most affected people seemed to be suffering from breathing difficulty.

“Most of the patients that we saw during the time in the beginning were all respiratory distress, a little hard to breathe, things of that sort,” Spring Fire Department Chief Scott Seifert said Saturday. according to CBS. “We didn’t see anyone with chemical burns, anything like that.”

A 3-year-old had a “severe enough condition” that the child was taken to a children’s hospital, and later listed in stable condition, CBS reported.

The incident only impacted one of the park’s 16 attractions, but in its aftermath, officials closed the park for the day.

“We don’t know exactly what happened prior that made people sick,” Harris County Judge Lina Hidalgo said. “…But something obviously went wrong.”

“What began as a fun family day turned into very much a nightmare for many families,” she said, according to Yahoo.

“Children were walking out of the pool with respiratory issues,” she said. “Eventually it became very clear that there was something either in the environment or the water that was making these children sick, these families sick.”

The park had last been inspected in June, officials said.

A chemical leak at #Splashtown in Spring. At least 34 people had to be decontaminated. Patients are being transported to @memorialhermann in Texas Medical Center. Live Team Coverage #KHOU11 at 6. pic.twitter.com/2vRMrbiGdE

“I thought it was a terrorist attack it felt like we got gassed,” said Steven Morris, who was among those taken to a local hospital, according to KPRC.

“I just started coughing and then my eyes swelled up,”  Lia Morris said.

A total of 26 people have been transported from Six Flags Hurricane Harbor to area hospitals. 39 people refused ambulance transport after decontamination by Spring Firefighters. The county has ordered the park closed. pic.twitter.com/Nue1NjH0B5

KPRC quoted a father whose name was only given as Hunter as saying that,  “I talked to some lifeguards that are here from Splashtown and they informed me that the chemicals were mixed wrong.”

“You started the day trying to make memories at Splashtown and now you end up here at the emergency room,” the man said. “It’s very traumatic, man. My heart goes out to all the families out there and all the kids. It couldn’t happen in the worst spot.”