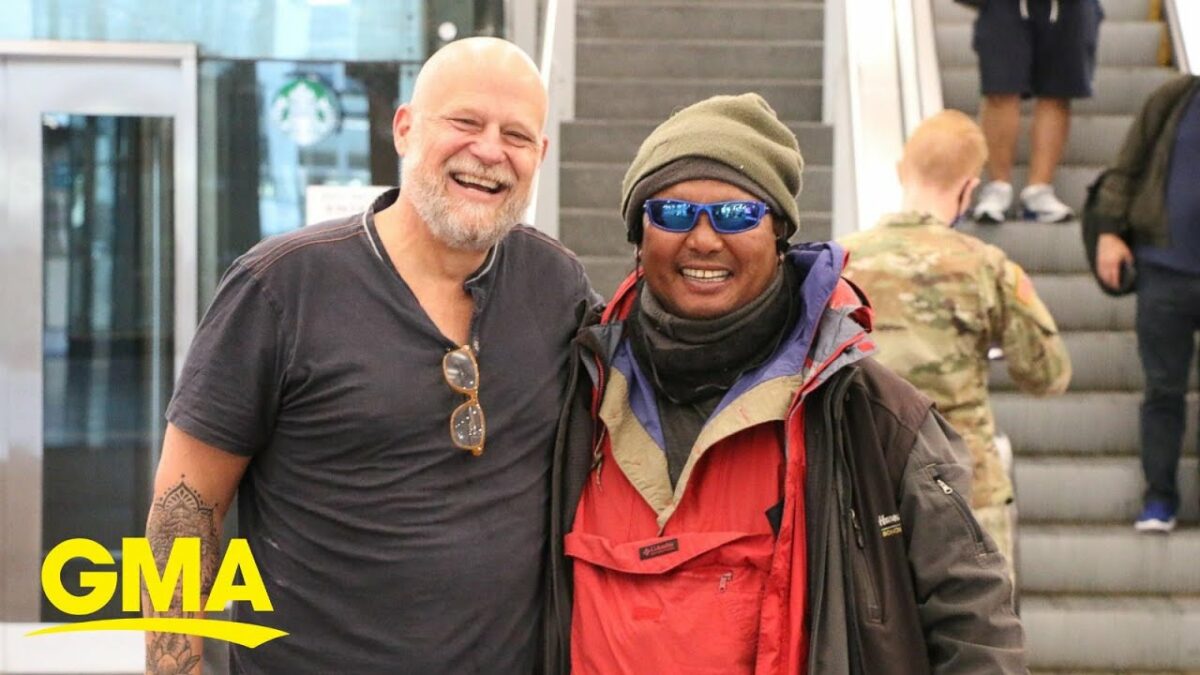 The following article, 'The Art of Happiness': Stranger from Across the Country Helps CA Homeless Man Get Back on His Feet, was first published on Flag And Cross.

Scott Kuczmarski’s life has changed for the better in the last couple of years, in large part because he was willing to reach out and change someone else’s life for the better.

It began in early 2019, when Kuczmarski, from Rhode Island, read the Dalai Lama’s “The Art of Happiness.” He summed up the book by saying that it teaches “you can’t be happy by pursuing your own happiness directly, you have to pursue it through the happiness of others.”

Retired and eager to give his life a mood boost, he visited his son in California. His son was in medical school and was doing a rotation at Stanford, so Kuczmarski decided to help him out.

He started using his time to support his son, and while he was in the area, he also handed out water bottles to the homeless.

It was during this visit to Palo Alto in May that he was experiencing a bout of grumpiness. He told Good Morning America that he was out for a walk with his dog, frowning and toting a cup of cold coffee when he saw Robert Pineda.

Pineda was riding a bike loaded down with all his earthly possessions. His state didn’t seem to bother him in the least, though, and Kuczmarski distinctly remembers that he was “smiling ear to ear as he’s riding down the road,” as he told Fox News.

“I got to meet this guy,” he thought.

It was as simple as that. He asked Pineda out for a coffee, where he got to know a bit about the man’s story. The two hit it off, and a friendship was born. For the rest of the time that Kuczmarski was there, the two met regularly for breakfast.

“Once you become friends with somebody, [you] become a friend for life,” Pineda said, echoing Kuczmarski, explaining that they “just hit it off from there.”

Kuczmarski was back that October, and this time, he upped the friendship ante. To get a better idea of Pineda’s state and to strengthen their bond, Kuczmarski spent a night on the streets with him, and the experience was eye-opening.

“It doesn’t take more than one night to realize how invisible you become and how people just ignore you,” he said.

His concern for Pineda grew. He heard how Pineda had been “jumped and beaten with rocks by multiple people” and experienced many hardships. He dreamed of a way to get his new friend into a better situation, both mental-health-wise and circumstantially.

By May 2020, Pineda took up residence in a small cabin the pair is slowly renovating, just 30 miles from Kuczmarski in Rhode Island.

The 59-year-old formerly homeless man is flourishing, and though he left his “whole life behind in hopes of just finding a better life,” that better life has become reality.

“Scott was doing something with his life and he … not only just wanted to live his retirement, but he wanted to share his life with me,” Pineda said. “And I shared my life with him. And I think those are unshakable.”

After seeing the transformation in Pineda, Kuczmarski is urging others — especially fellow retirees — to get out and make things personal: Introduce themselves, show compassion and get involved in the lives of people who are homeless. Not only would it help another person’s situation, but it might also just add a bit of happiness to your own life.

Continue reading: 'The Art of Happiness': Stranger from Across the Country Helps CA Homeless Man Get Back on His Feet ...