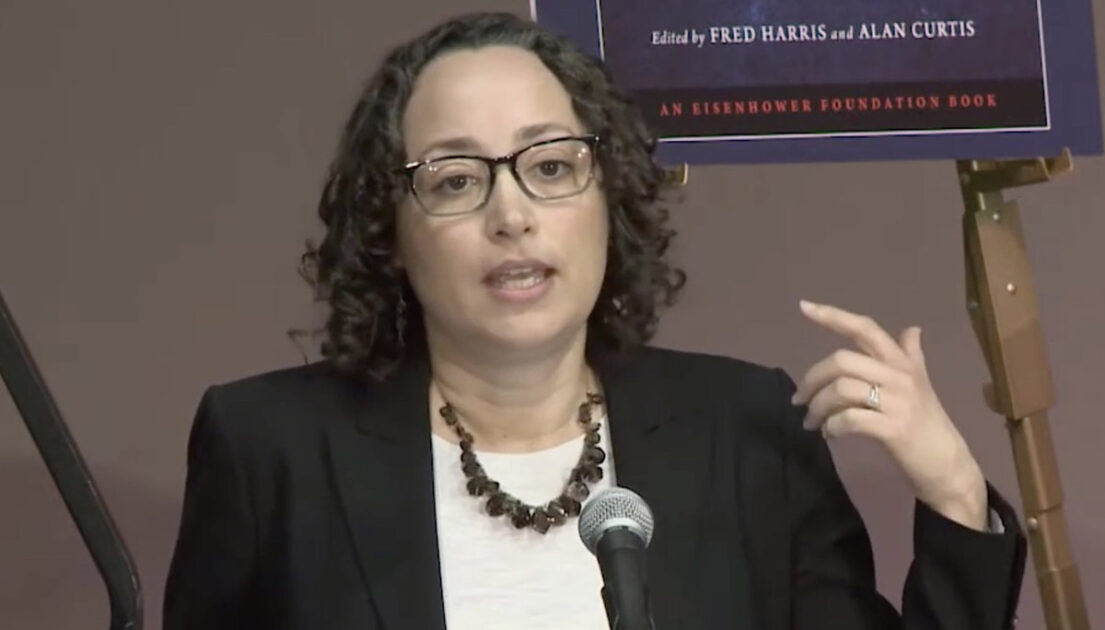 The anti-American, feminazi Joe Biden nominated for a position in the Department of Education said that she believes that men accused of sexual misconduct should be considered guilty unless proven innocent, the exact opposite of the American system of justice.

Catherine Lhamon, Biden’s nominee for the Department of Ed’s Office for Civil Rights, told a Senate committee Tuesday that a year-old Title IX regulation does not require that men accused of harassment should be afforded the common American right of innocent until proven guilty.

Lhamon had already put her un-American ideals into action when she filled the same position in the same department during the Obama administration. Lhamon had changed federal rules to force schools to declare all male students as guilty of sexual assault or harassment upon being accused. They were to be considered guilty unless from innocent.

In response to threats from Lhamon to pull their federal funding, colleges lowered evidentiary standards and enacted policies that treat accusers more favorably than accused students. Courts have been steadily reining in those practices, sometimes citing the pressure from Lhamon’s office as evidence of bias.

Asked by North Carolina Republican Sen. Richard Burr, ranking member of the Health, Education, Labor and Pensions Committee, if she would support “keeping a presumption of innocence requirement” in the Title IX regulation if it were changed, Lhamon twice answered that it doesn’t currently exist.

She told members at the confirmation hearing Tuesday that the Trump administration Title IX regulation “took pains to note that criminal procedure does not apply in schools,” making a technical distinction between the terminology of criminal versus administrative proceedings. Pressed again, she said “I couldn’t keep something that is not there.”

This is typical of leftists. They sincerely hate American traditions and legal protections. They want American ideals eliminated in favor of ideas that further their left-wing agenda.

But men are allowed to use the women’s rest room.

So men do not have any Constitutional rights anymore? How about if the man is gay or a transgender?