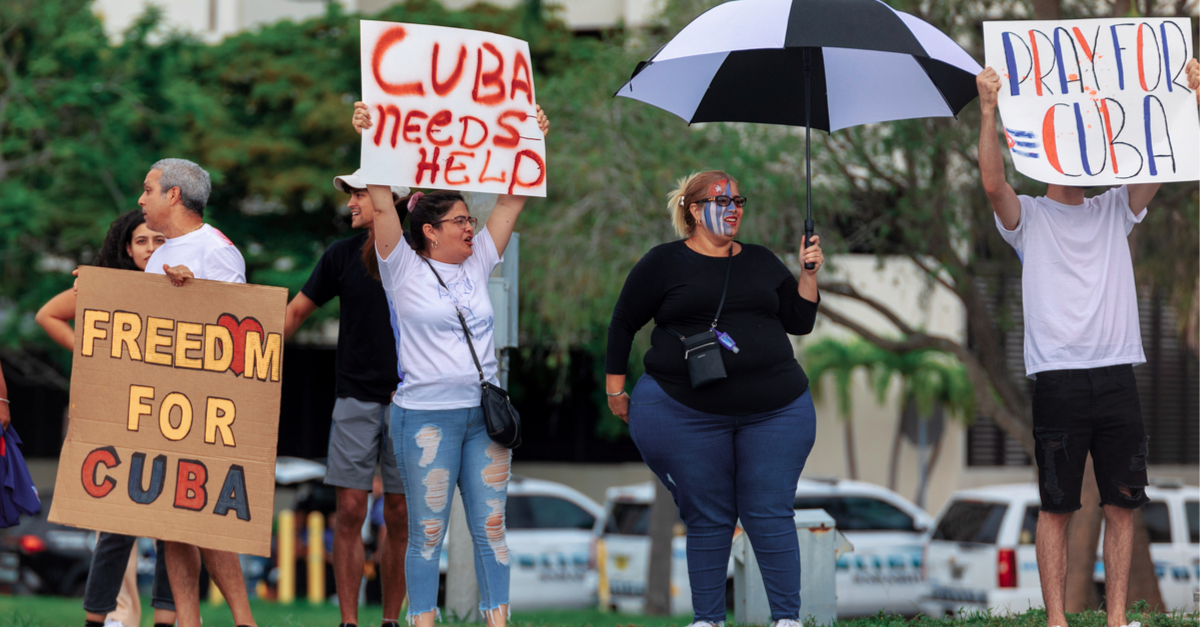 The following article, ‘Where is Biden’ Chant Rings Out at Cuba Protests in Miami, was first published on Flag And Cross.

Somebody needs to tell the Biden administration that this “hands-off” approach to running the country just ain’t gonna cut it.

First, they tried it at the border, where the newly-appointed immigration czar, Vice President Kamala Harris, didn’t even visit.  Instead, the VP insisted that she’d work on climate change instead, calling it a “root cause” of immigration issues.

Now they’re remaining mum on the plight of the Cuban people, despite a vast multitude of calls for the US to step in and step up.

A protest broke out in Tampa, Florida, on Tuesday in support of the anti-government protesters in Cuba and participants appealed to the Biden administration to take a firmer stance on the crackdown in Havana.

Protests have broken out across the state and this particular rally resulted in three arrests after the protesters blocked traffic on Dale Mabry Highway and forced the partial closure of Interstate 275. The demonstrators yelled, “Cuba Libre!”

The Biden administration has said it stands by the people of Cuba who demand basic human rights. President Biden called the protests “remarkable” and a “clarion call for freedom.”

Lawmaker were also hoping to get a little more action out of the administration.

Sen. Marco Rubio, R-Florida, said the Biden administration can impose new sanctions, open up satellite Internet access on the island and “issue a clear and unambiguous statement that the current U.S. policies towards the regime implemented by the Trump administration will remain in place,” according to the Washington Post.

Cubans have been protesting heatedly in the streets, against a communist regime that can no longer meet the needs of its citizens.

Continue reading: ‘Where is Biden’ Chant Rings Out at Cuba Protests in Miami ...