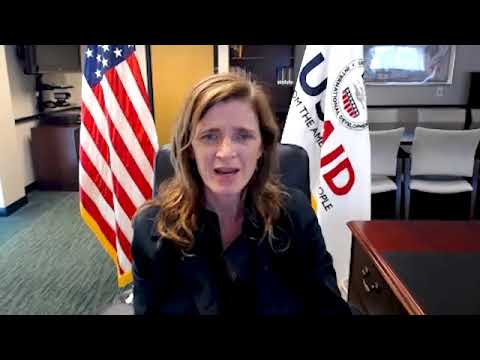 The following article, Survivors of Chinese Concentration Camps Share Stories of Torture and Inhumane Treatment, was first published on Flag And Cross.

While the Chinese Communist Party may be trying to deflect accusations of its discriminatory treatment of Uyghurs, members of the Muslim minority community are speaking up to share their stories of religious persecution.

As The Christian Post reported, during the International Religious Freedom Summit on Wednesday, Tursunay Ziyawudun helped expose the horrific treatment Uyghurs are subjected to in Chinese concentration camps.

“I was locked up in camps two different times,” Ziyawudun said.

“The second time was even more inhumane than the first, and my experiences in these Chinese camps have left indelible scars on my heart.”

At #IRFSummit2021 survivor Tursunay Ziyawudun tells her horrifying experience: a year in China’s concentration camps, and appeals to all humanity: stop this genocide of the Uyghur people. pic.twitter.com/qO14NTJKmn

According to the survivor, her second detainment in March 2018 lasted for almost a year. In addition to forcing prisoners to watch propaganda films and swear loyalty to the Chinese Communist Party, Ziyawudun recalled how the guards frequently abused her and other Uyghur women.

One night, Ziyawudun said, she and a girl in her 20s were taken outside their cells by the guards, where they were joined by a man wearing a suit and a mask over his nose and mouth. The survivor said these men would “rape the young women,” recalling the sexual assault she suffered at the hands of three Han police officers.

“They were always taking girls out of the cells like this. They did whatever they wanted,” she said.

While the U.S. government and the Uyghur Human Rights Project eventually helped Ziyawudun resettle in the United States, the survivor still has nightmares about her experiences in the camp. Although the memories make her heart feel “as though it’s been sliced with a dagger,” the trauma cannot suppress the need to share her story.

“I have to speak out, because the things that I experienced in the camps are happening to my fellow Uyghurs,” the survivor said.

“Millions of Uyghurs are suffering and they are alive only because they have the hope and belief that there is justice in this world.”

In her concluding remarks, Ziyawudun asked those listening to “save my people from this oppression,” saying that she hoped they would find a way to “secure their freedom.”

Ziyawudun’s experience was not the only account the summit heard regarding the persecution of Uyghurs by the Chinese Communist Party, however.

Speaking after Ziyawudun, Samantha Power, the administrator for the U.S. Agency for International Development, told the story of Zumret Dawut, another Uyghur woman detained in one of the concentration camps.

Power explained that, in 2018, Dawut was forced to report to a local police station. Once there, the Uyghur woman reportedly had a black hood placed over her head, and she was shackled and interrogated before being led to a concentration camp.

When she arrived, Power said, Dawut was further deprived of dignity, as the male guards forced her to change into prison clothes right in front of them. The administrator added that the cell Dawut was detained in for 62 days was also packed with female prisoners, and the women slept in shifts so they could each take turns lying down.

“Zamrut has three children. She and her husband dreamed of having a fourth. After her release, she was told that she would undergo a surgical sterilization, or face further detention,” Power said.

“She chose to forgo her dreams of a larger family.”

Dawut and Ziyawudun’s stories are similar to other reports describing the forced sterilization and torture of Uyghurs. In response to accusations like these, however, Chinese Communist Party officials have claimed their actions are merely an attempt to combat terrorism.

But this excuse cannot justify China’s systemic efforts to decimate the population of a minority community.

It is time for the U.S. and governments worldwide to heed the stories of survivors and hold China accountable for its human rights abuses against Uyghurs.

Democrats have a way of treating those that are alive.