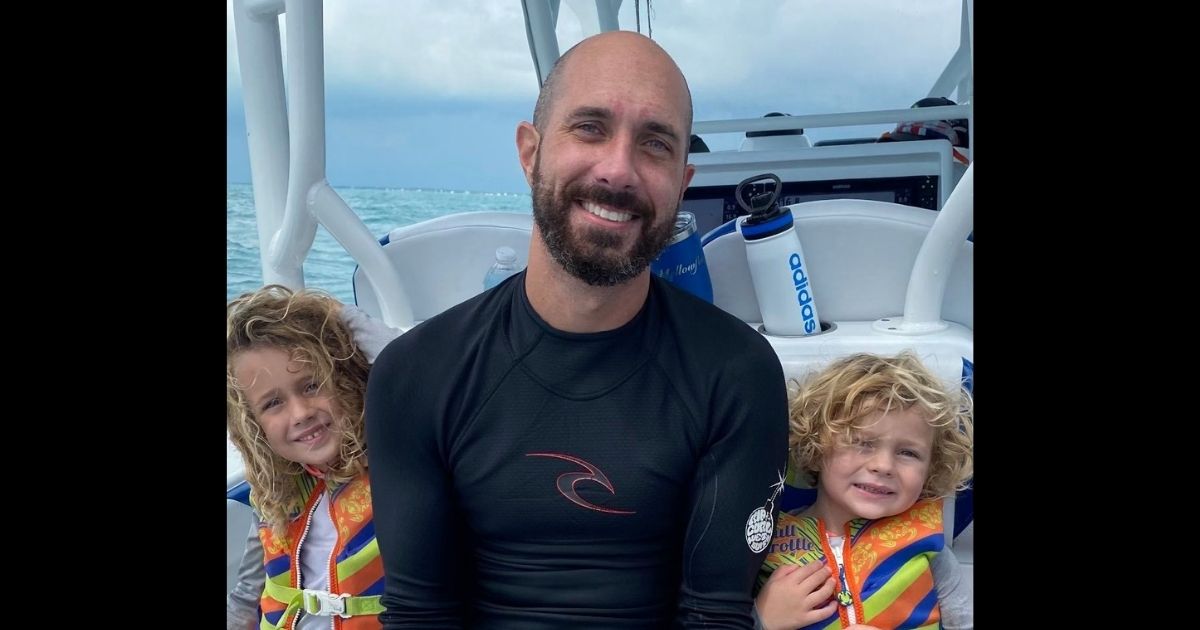 The following article, Search for Missing Diver Ends After Damaged Gear Is Found Indicating Encounter with 'Marine Predator', was first published on Flag And Cross.

Father, husband and adventurer Timothy Obi was off the coast of Mayport near Jacksonville, Florida, spearfishing on Saturday.

When he failed to resurface at the boat he set out from, a search was orchestrated. The U.S. Coast Guard as well as volunteer divers spent the next three days searching fruitlessly for Obi, covering over 3,800 square miles, according to a news release from the USCG.

On Tuesday, at around 1 p.m., some of Obi’s diving gear was located around 250 yards from where he’d last been seen. The gear was in such a state that the search has been officially suspended.

“This afternoon I have made the determination based on new information to suspend the search for Mr. Timothy Obi,” Capt. Mark Vlaun with the Coast Guard Sector Jacksonville said. “The Coast Guard and our partners extend our deepest condolences to the Obi family, who remain our thoughts and prayers during this exceptionally difficult time.

“Earlier today, the Coast Guard received a report from a volunteer dive boat indicating they had located damaged diving gear. The Obi family confirmed that the gear belonged to Mr. Timothy Obi. The location and condition of the gear are consistent with a suspected encounter with a marine predator.”

According to WJXT-TV, the volunteer who found the damaged gear was a marine biologist friend of Obi. Based on the state and location of the equipment, he believes Obi experienced a medical emergency.

In a post on the Jacksonville Scubanauts page, Michael D. Moore shared what Holden Harris, the biologist who located the gear, wrote about the findings.

“Our dive boat found Timmy’s dive gear today,” the post said. “It was about 700 feet SE from their initial dive site. We found his BCD, tank, gun, stringer, one glove, and mask. Everything was right there together within an 8 foot radius.

“The BCD cummerbund and all the straps were still clipped. His gun was unloaded with the unfired bullet still in the power head. His stringer was empty. There was a small puncture on the bottom of his BCD. His surface marker buoy was in his BCD pocket. We also found his shredded wetsuit about 200 feet away. We could not find his dive computer nor a gold necklace we knew he had on. If you dive this area please look for these.

“We cannot know exactly what happened, but we would say with high confidence that he never surfaced from the dive and that the dive emergency was quick. There was zero sign of a struggle. Furthermore, the evidence we found indicates that the ‘suspected encounter with a marine predator’ stated in the Coast Guard report was NOT the cause of death. A likely scenario is that he had a medical emergency right below the boat and then fell to the bottom unconscious or already dead. Afterwards, marine scavengers disposed of the body.”

“The USCG is not making any statement as to cause of death,” the USCG explained in a comment on its Facebook post. “The gear was damaged in such a way that it provided conclusive evidence that there was no longer a reasonable chance of a successful search.”

Since the search was called off, many have shown up to support Obi’s wife and three sons.

On Tuesday evening, a massive group met to pray on the beach.

Dozens of people showed up to pray for the Obi family during this tough time. The crowd is saying the Our Father right now. @wjxt4 pic.twitter.com/DqRk0hl7TB

A GoFundMe has also been started for the family, to “support the family’s immediate needs and for a college fund for his three boys.” So far, the campaign has raised over $350,000.

“He is a great guy. He’s a reliable guy — someone you can count on to be a friend and always be there,” Harris told WJXT. “It’s a strong piece of solace that he passed doing what he absolutely wanted to do.”