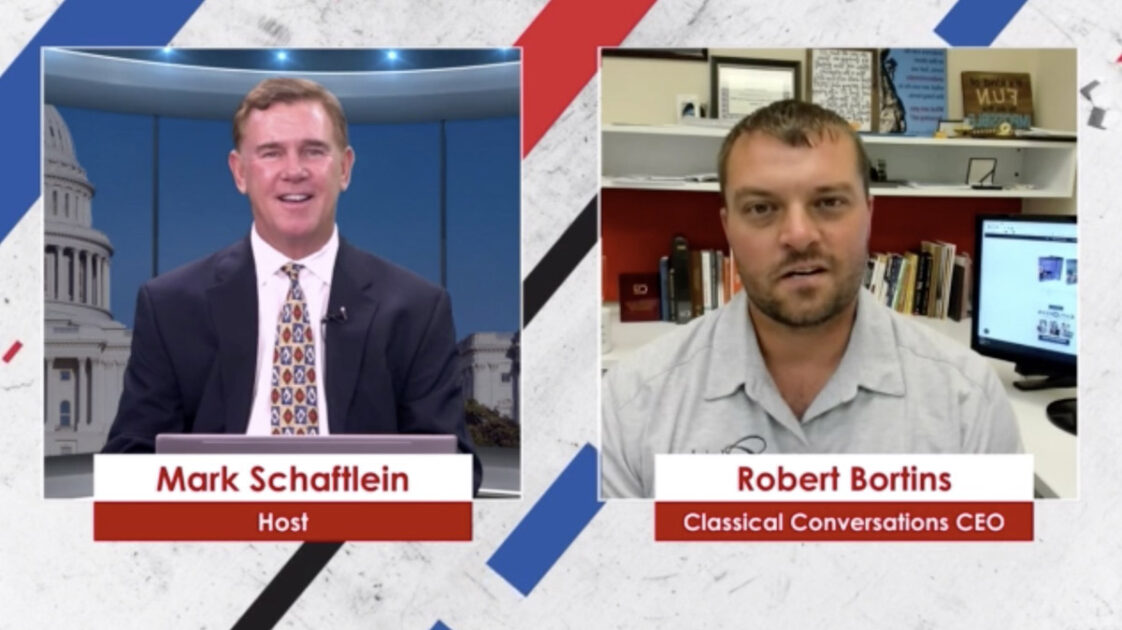 The following article, Schaftlein Report: Inflation, Reverse Racism and REFUND the Police, was first published on Flag And Cross.

Guest: Robert Bortins – Classical Conversations CEO (ClassicalConversations.com)
Topics:
1) Producer Prices increased 7.3% in June year over year, Fed Chairman Powell says Inflation to stay hot for months then cool down – Don’t believe that
2) Democratic leadership in the Senate agrees to a Resolution for 3.5T in spending on human infrastructure – There are many problems we’ll explain
3) REFUND the Police – 44% of Americans want more police, only 6% want less and 50% want the same. Hispanics by 54% want more policing – We predicted this
*Crime continues out of control. In SF, half of the criminals released commit more crime prior to their trial
4) Critical Race Theory is creating Racial Hostility in our schools, K-12 and College. School Choice Legislation is on the rise in many states as we predicted
*That’s why Classical Conversations is SO Important! Penn State professor singles out “average White guy” as privileged
5) Racism at the Border and Sea by the Biden Administration. It is OK for Central Americans to cross Mexico but not for Cubans to come by sea
*Translation – Cubans are more likely future Republicans fleeing Communism and Tyranny. While migrants from Central America are dependent on more government and likely future Democrats
6) Debt relief to only Black farmers is rejected by a third U.S. court as unconstitutional. This is more good news for fairness
7) Texas Democrat Voter Suppression Stunt. It is a total fabrication by Democrats. TX Gov. Abbott promises to arrest them
*The Democrats are Racists by implying that black voters unlike Whites, Asians and Hispanics are too stupid to find polling places to vote
8) Former President Bush excoriates the Biden policy of total withdrawal from Afghanistan. Predicts slaughter and disaster
9) Communist China stand ready to work with Communist Cuba as Cuba shuts down the internet and protesters disappear. Where are the voices from the left wing Democrats supporting the Cuban people – crickets