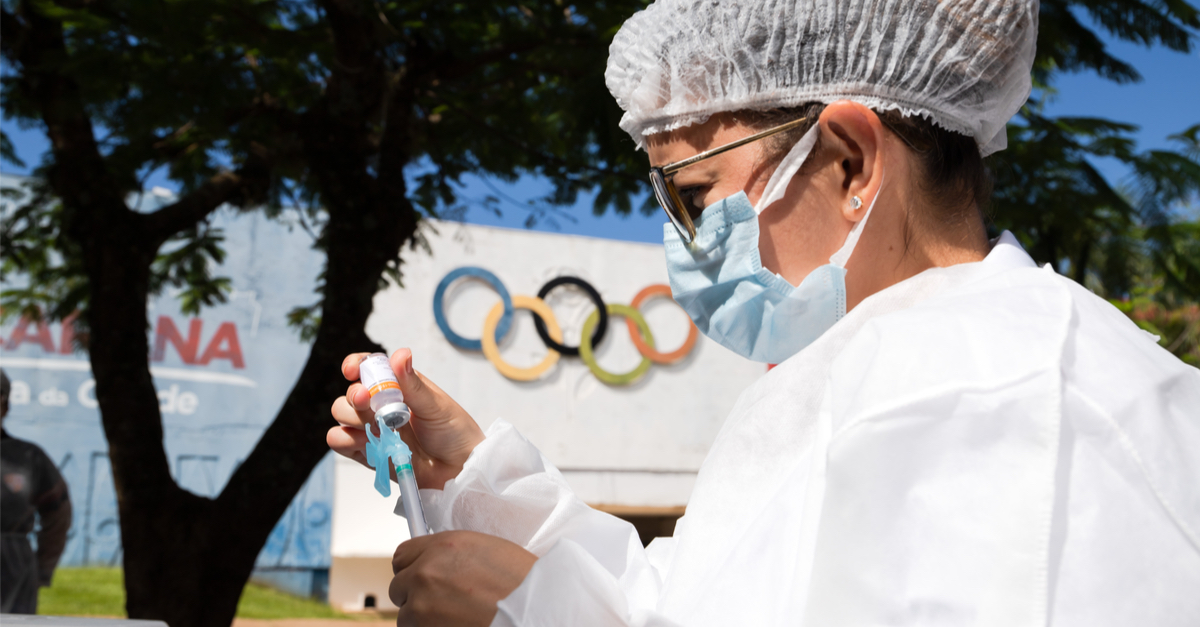 The following article, Heavily Criticized Tokyo Olympics Get Even Nuttier with Latest Rules, was first published on Flag And Cross.

Things are not going well for the organizers of the Tokyo Olympics, and the situation continues to grow more complicated by the minute.

First and foremost, there appear to be some very valid concerns that the games will be taking place amid a rise in COVID cases in Japan, and despite warnings from local and global health officials on that subject.

There will already be no spectators in place during the international gathering, but now there will be no hugging or shaking hands among the athletes either.

Bach added that medal winners will have to hang their awards around their own necks instead of the usual fanfare that comes with the ceremonies.

“The medals will not be given around the neck,” Bach told reporters. “They will be presented to the athlete on a tray and then the athlete will take the medal him or herself.

“It will be made sure that the person who will put the medal on tray will do so only with disinfected gloves so that the athlete can be sure that nobody touched them before.”

Now, for the International Olympic Committee, the big question is “will this be worth it”?

We will find out the answer to that question beginning in just over a week.