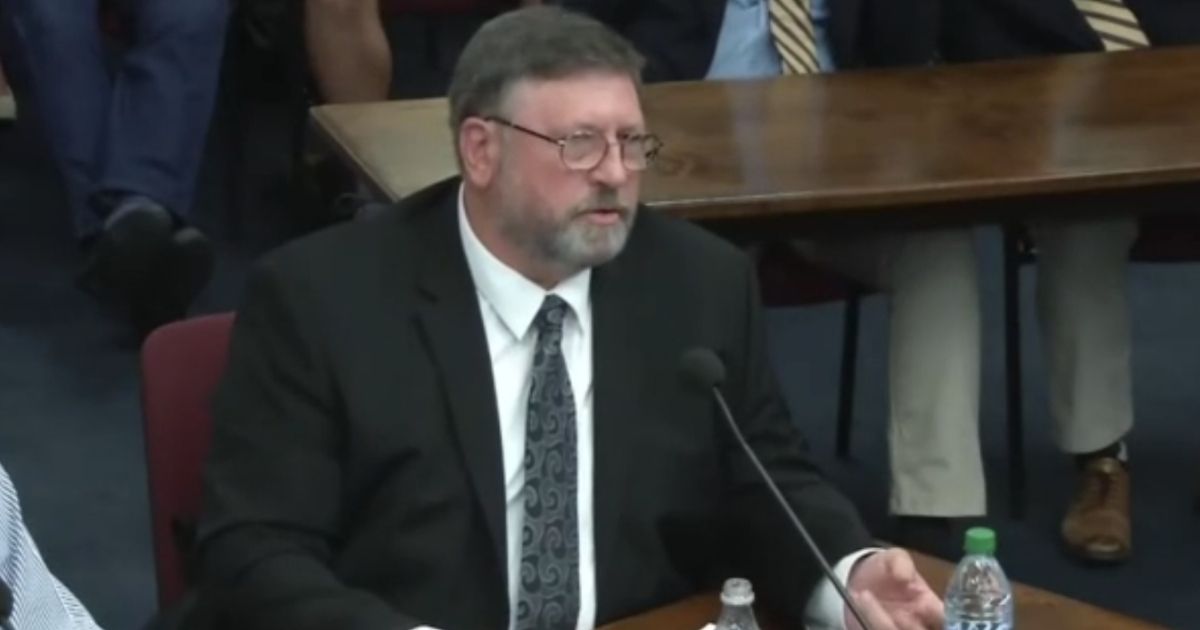 The following article, AZ Audit Bombshell: Security Was So Bad System Could Be Hacked in Under 10 Minutes, was first published on Flag And Cross.

America watched with bated breath on Thursday as the Arizona audit results were released in a legislative hearing.

One of the auditors, Ben Cotton, dropped perhaps what is the biggest bombshell of the Maricopa County audit, revealing that election systems’ security was so bad it could have been hacked in a matter of minutes.

At the hearing, Cotton briefed the Senate leaders on evidence showing the registration server was breached.

“We know through public record, public statements, that an element of the election system was actually compromised or breached during the course of the November 2020 election,” he said.

“The registration server that was public-facing did have unauthorized access to that in cybersecurity terms, it was breached. We know that the county has accepted that as an unauthorized breach because they actually issued a letter to a small subset of the voters who were affected by that breach.”

Cotton went on to explain that these breaches could have been due to severe cybersecurity problems such as failure to perform basic maintenance.

According to Cotton, the election systems’ anti-virus software has not been updated since the Dominion software was first installed.

“What that creates is a tremendous vulnerability to anyone who could get access through a system,” Cotton said.

“If someone accessed that system, they would have no difficulty at all effectively penetrating and gaining system-level access at the current pap state and antivirus state of these systems.”

Cotton is basically letting the American people know election officials thought their votes were so worthless that they did not even warrant an update of the software.

Your computer’s malware system most likely updates weekly, but the systems responsible for upholding our democracy have not had an update in two years, Cotton explained.

But that’s not even the worst news Cotton had for voters during the hearing.

When state Sen. Warren Petersen asked him how long it would take a hacker to access election management software, the answer was staggering.

“The vulnerabilities that exist on these systems would take an average script kitty less than ten minutes to get access to these systems,” Cotton said.

Ten minutes is all it would take for the elitist left to get into election systems and stab democracy in the heart.

The public vote is the cornerstone of democracy, and this audit has found its systems corroded, creating a pathway that could have been used by insidious hackers.

We may not know exactly who hacked the system or why, but it goes without saying that answering these questions must play a huge role in ensuring the integrity of our elections moving forward.

Continue reading: AZ Audit Bombshell: Security Was So Bad System Could Be Hacked in Under 10 Minutes ...