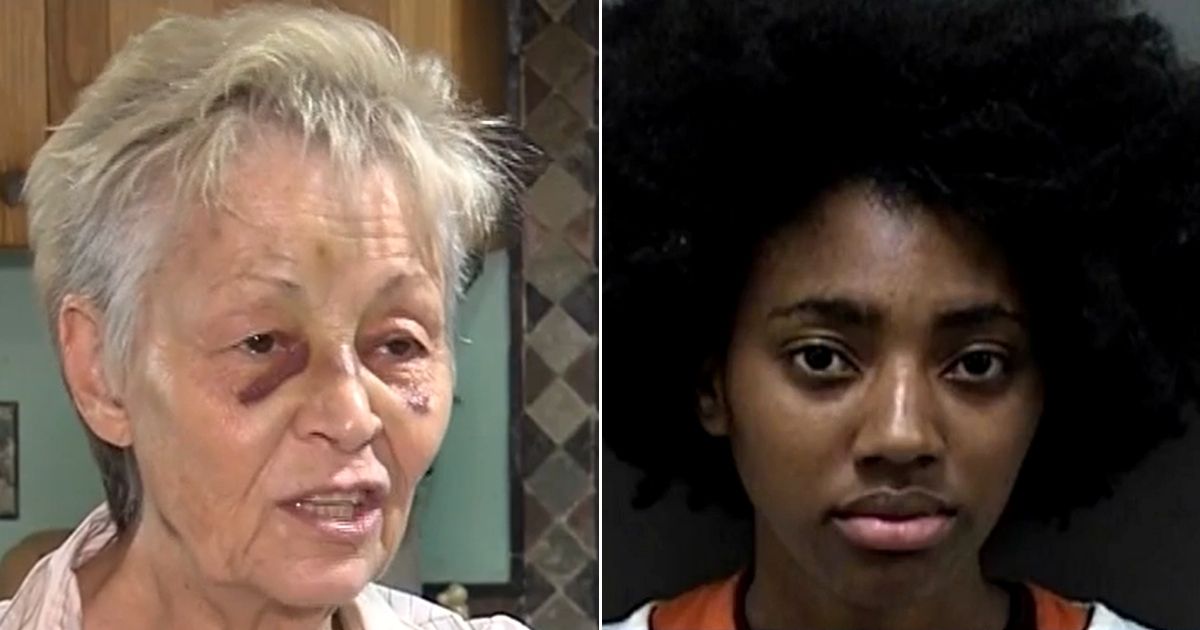 The following article, 70-Year-Old Woman Allegedly Beaten by Walmart Employee While Bystanders Looked On, was first published on Flag And Cross.

A 70-year-old Wisconsin woman says all she wanted was to get through the Walmart checkout lines a little faster.

Instead, she says, she took a beating while no one helped her.

Jazareia Velasquez, 17, has been charged with aggravated battery to an elderly person and disorderly conduct in the incident last week, according to WDJT-TV in Milwaukee.

“Would you ever in a million years expect some young Walmart employee to beat up a 70-year-old?” P.K. Shader asked in an interview with WITI-TV.

“And why anyone would do that? I don’t know. And why no one helped is even more, especially in a Walmart store,” Shader told WDJT.

During a visit to the store, Shader asked a store employee if something could be done to speed up the checkout lines.

“The young woman I dealt with started yelling at me, asking if I wanted to work there, if I needed a job there,” she told WITI.

A 70-year-old woman says she was beaten by a Mount Pleasant Walmart employee – and now she is speaking out. https://t.co/xxaI1TvIG3

Shader tried to deal with a manager and went to take a picture of the employee’s ID so that she could report her.

Then the encounter turned into a nightmare, she told WDJT.

“She went crazy. She flew, and she punched me, fist right here [in the face] over and over again,” Shader said.

“I’m never walking into Walmart again, that’s for sure,” she said.

Shader was upset that as she was being assaulted, no one helped her.

Shader said the store knew the employee was a danger.

“The managers knew she was a loose cannon. The first one said nothing. The second one told me so. So, why did they keep an employee like that? That’s a bigger problem than not having security,” she said.

Shader said she is going public about her experience so that bystanders will do more than be spectators.

“I just want to tell people: Pull out your phone. Give somebody a break. No one’s asking you to dive in and be hurt, but pull out your phone and document it and yell, ‘Call the police,’” she said.

According to WDJT, Walmart issued a statement that said, “We want all of our customers to have a pleasant shopping experience in our stores. The associate involved has been suspended, and we continue to assist law enforcement in the ongoing investigation.’

“I think the employee should be fired,” he said. “They have to take seriously their duty to work with their employees so this never happens again.”

The 70 yo was an Infidel. BLM knows how to respect Infidels.

so how long have you supported the Marxist BLM organization?