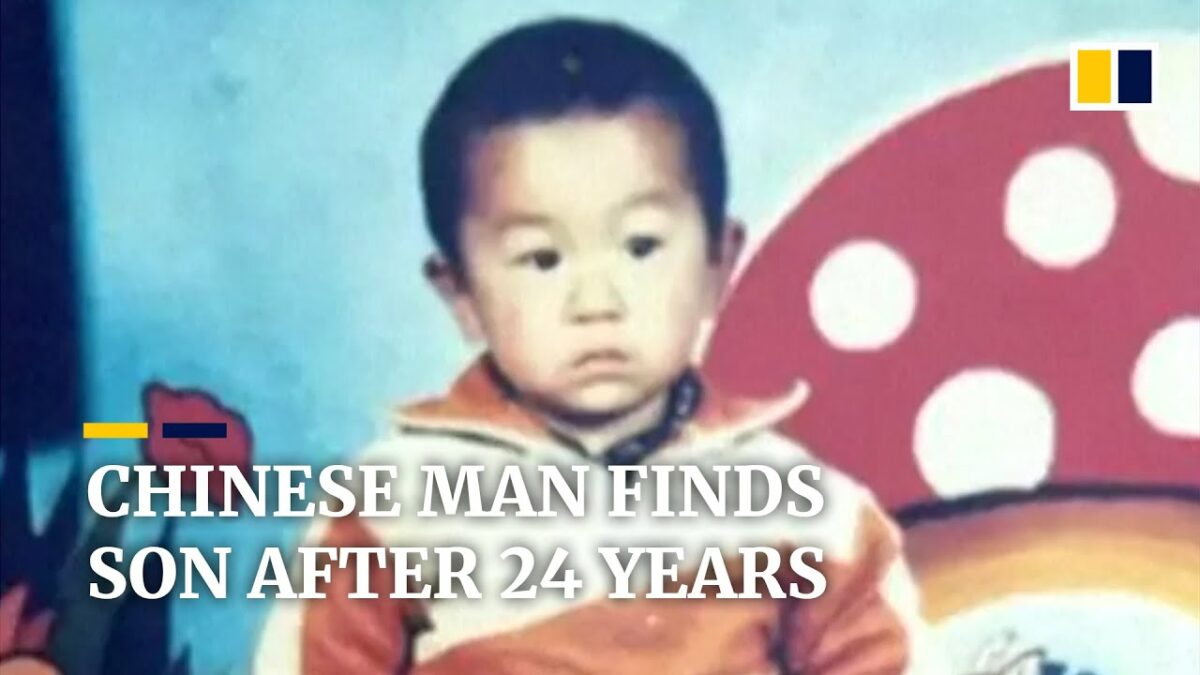 The following article, True-Story Film Inspiration Guo Xinzhen Is Finally Found 24 Years After His Abduction in China, was first published on Flag And Cross.

Guo Gangtang has set a high bar for fathers everywhere. The 51-year-old from the Chinese province of Shandong has spent nearly half of his life desperately searching for his lost son.

In September 1997, Guo Xinzhen was just 2.5 years old, playing near the house, when he was snapped up by an unfamiliar woman.

Police, 500 volunteers and the child’s heartbroken family scoured the area, searching bus stations, train stations and anywhere else he might have passed through.

Though authorities collected evidence and followed leads, they were unable to locate the toddler. Unsatisfied with the results, the dedicated father set out on the journey of a lifetime, driving through China by motorbike, carrying little on him other than fliers describing his kidnapped boy.

For years he rode, crossing through all 31 Chinese provinces and regions, except for Tibet and Xinjiang. He covered over 300,000 miles, went through 10 motorbikes and racked up hundreds of thousands of yuan in debt, according to Xinhuanet.

As he traveled, he displayed a flag on the back of his motorbike that bore the image of his son, hoping he would be able to find the long-lost boy.

Guo’s tireless search touched many hearts, and eventually spurred the production of a film in 2015 called “Love and Lost.”

Twenty-four years passed, and still no sign of his son. But his efforts were not empty: Guo became a hero to other families, personally helping over 100 other abducted children find their ways home as he followed up on leads and searched for his own lost boy.

In January, the Ministry of Public Security started a campaign to redouble its efforts to reunite abducted children with their families. To date, police have found over 2,600 missing children and been able to rescue them, as well as arrest over 372 suspects, in this year alone.

On Sunday, Guo finally got to wrap his arms around his adult son. Police found him living in the neighboring province of Henan, according to CNN.

The family was in tears, saying, “We found you, you’ve come back.”

“We are really happy for the family, and we have accomplished what we had aspired for so many years,” said the deputy director of the Criminal Investigation Bureau, Ministry of Public Security, Tong Bishan.

“What impressed us is, as the father of an abducted kid, Guo Gangtang proactively participated in the anti-abduction volunteer activities while searching for his own child over the past 24 years, and have constantly fed back information on other abducted children …”

A couple has been arrested who has admitted to kidnapping and selling the boy in 1997.

Not every father in Guo’s shoes gets such a happy ending to their heartbroken searching, but Guo has certainly worked hard and hopefully his efforts help his son realize just how much he was missed and is loved.