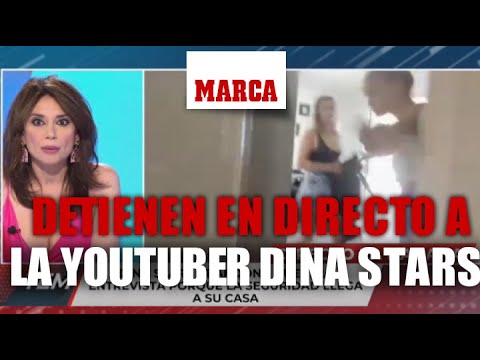 The following article, Journalist Covering Cuban Protests Arrested in Middle of Interview, was first published on Flag And Cross.

Cuba’s communist government arrested an independent journalist on Tuesday as she was live on television speaking with a news network about the country’s crackdown on anti-government protesters.

Dina Stars was reporting live from Havana on the Spanish news show “Todo Es Mentira” — “Everything Is a Lie” — when she stopped the interview and said that security forces were outside her home.

Cuban state security forces detain independent journalist @DinaStars_ as she she was being interviewed live on TV by @martaflich of Spain. She has been covering the protests.#SOSCuba #PatriaYVida pic.twitter.com/2EgToHXDdq

After briefly leaving the room, Stars explained that the officers were demanding that she go with them.

“I hold the government responsible for anything that may happen to me,” Stars told the live audience.

Another video showed officers escorting Stars into a white car outside her home.

She was detained while giving an interview live on television to a news outlet in Spain.#PatriaYVida https://t.co/OfErh8ALHd pic.twitter.com/JMs9SoptFG

Hours before her arrest, Stars had written on Twitter that the Cuban government had called her, asking for a meeting.

“People from the [Ministry of the Interior of the Republic of Cuba] just called me to set up a ‘meeting’ with them. I told them no, they told me they were going to give me a legal summons. As soon as I get the summons I will go with my head held high, I have nothing to hide. Will keep you posted.”

Nearly 150 individuals, including Stars, have been arrested or have disappeared in Cuba since the anti-government protests erupted on Sunday, NPR reported.

“They don’t want anyone to tell the world what’s going on. They’ve cut off the internet,” the human rights group Cubalex tweeted on Tuesday along with photos of seven detained journalists.

The Cuban government is one of the world’s worst violators of press freedoms, according to Reporters Without Borders. The state-run internet provider began restricting access on Monday amid the protests.

“It is really hard to know and verify what is happening now because of the internet blackouts,” Louise Tillotson, a researcher with Amnesty International, told NPR.

Spanish Foreign Minister Jose Manuel Albares on Tuesday demanded that Cuban authorities release Camila Acosta, a journalist working for a Spanish newspaper who was detained on Monday. Cuba is planning to hit Acosta with charges of “crimes against state security,” according to Reuters.

Keep watching Americans, this is what we in America can expect if the democrats are allowed to continue their take over of America as they are trying so hard to destroy the American Constitution and deprive ‘certain’ Americans of those rights we all previously had.

AOC supports the commie org behind all this. Think about that a minute.