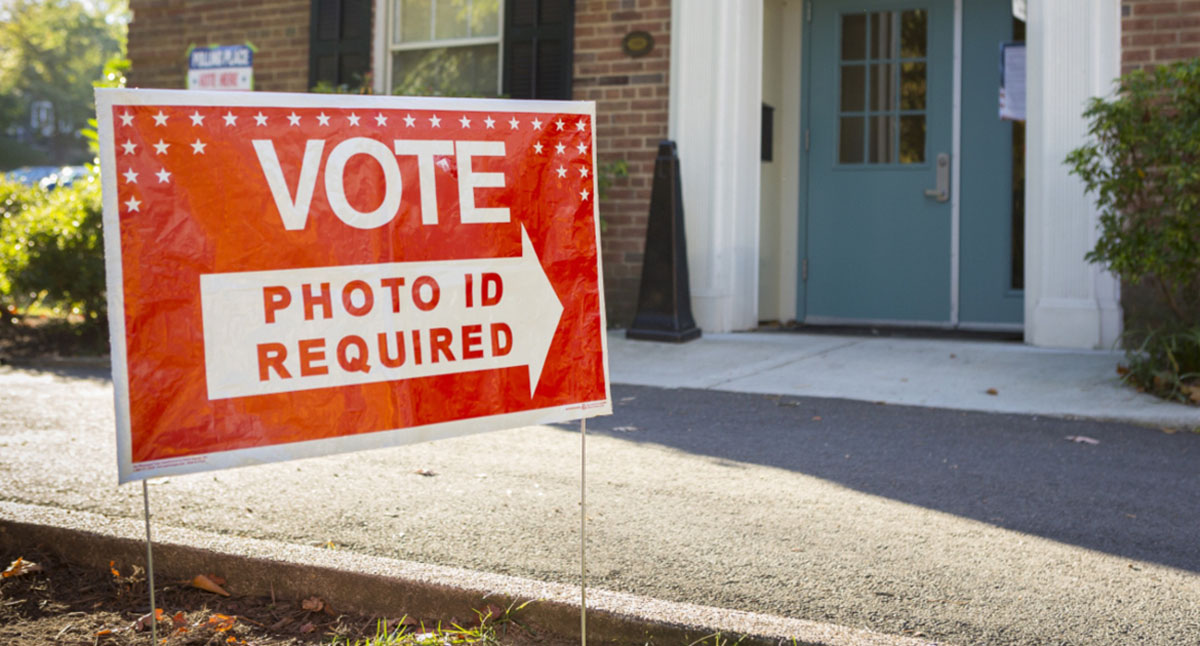 The following article, Democrats Are Fighting Against One Man One Vote, NOT Voter Suppression, was first published on Flag And Cross.

If one believes the Democrats all of the newly passed or proposed state election laws are trying to take away people’s right to vote–especially minorities. But the truth is that the Democratic Party is fighting against a basic principle of our democratic republic: one man, one vote.

The President is scheduled to speak in Philidelphia on Tuesday. Per his Spox Jen Psaki, “He’ll lay out the moral case for why denying the right to vote is a form of suppression, and a form of silencing He will redouble his commitment to using every tool at his disposal to continue to fight to protect the fundamental right of Americans to vote against the onslaught of voter suppression laws.”

What voter suppression is she talking about? Is she talking about ID? Even Stacy Abrams supports voter ID (along with over three-quarters of the American people)? Does Psaki believe ID suppresses the rural voter like Kamala Harris believes about requiring voter ID with absentee ballots?

“I don’t think that we should underestimate what that could mean, because, in some people’s mind, that means, well, you’re going to have to Xerox or photocopy your ID to send it in to prove that you are who you are,” the Democrat told host Soledad O’Brien in an interview aired Friday night.

“There are a whole lot of people, especially people who live in rural communities, who don’t — there’s no Kinko’s, there’s no Office Max near them,” Harris continued.

Harris must believe the people of rural America are idiots, perhaps because she has seen the great Mel Brooks movie “Blazing Saddles” too many times.

The new election reform bills being debated and passed throughout the country are not voter suppression bills, but the Democratic Party’s fight against those bills is a fight against the basic principle of one man, one vote.

The MLB All-Star Game was moved out of Atlanta because of a new Georgia voting law that expands weekend voting, codifies Sunday voting, and protects a voter’s ability to cast an absentee ballot without providing a reason. Drop boxes have also been authorized for all counties statewide, and poll workers will be allowed to work across county lines. The bill was labeled as voter suppression because it required voter ID. Chuck Schumer’s favorite horror in the bill is that it doesn’t allow candidate representatives to hand out food and water while people are waiting to vote because it’s a form of electioneering. It does allow handing out food and water to voters by the polling place itself is allowed.

When it was passed, Georgia Senate Minority Leader Gloria Butler, a Democrat, said, “We are witnessing right now a massive and unabashed assault on voting rights, unlike anything we’ve seen since the Jim Crow era.” President Biden called it “Jim Crow in the 21st century,” I suppose that Biden should know Jim Crow because of his long history of being a racist. But which part of the law assaults voting rights? What part is directed to stop minorities from voting?

Arizona passed a use it or lose it measure, tightening the state’s extensive vote-by-mail system. The new law will remove voters from a list of people who will automatically be mailed a ballot if they don’t cast an early ballot in two consecutive election cycles. Is this voter suppression or plain logic? Are people of color the only ones who don’t cast early absentee ballots for two consecutive elections?

Another Arizona bill prevents using donations to help cover the costs of election offices. It prohibits grants like the one leftist Mark Zuckerberg and his wife, philanthropist Priscilla Chan, gave to organizations supporting election officials in Arizona. For example, Maricopa County received three million dollars supposedly to cover costs during the pandemic. Coincidentally, (if you believe in coincidences), Maricopa County where some people dispute the 2020 results in Arizona.

Democrats in the Texas Legislature left the state preventing a quorum and a vote on a bill that, according to NPR, “include[s} new identification requirements for people voting by mail and prohibit local election officials from sending a vote-by-mail application to someone who hasn’t requested one. It also bans “drive-through voting and extended hours during early voting.” It also bans ballot harvesting (when a third party collects others’ absentee ballots and submits them) and in aggregate adds more hours of early voting

Republicans in the state argue that these innovations — which were mostly used by Houston officials during the pandemic — opened the door to voter fraud.” But Democrats say it suppresses votes from minorities. But HOW? Where does it say in the bill that the rules only apply to people of color?

There is one part of the Democratic Party propaganda I agree with. Voting is one of our sacred rights as Americans. Americans are supposedly guaranteed that every person’s vote is counted the same as every other person’s vote. That guarantee has never been perfect. Blacks weren’t allowed to vote until the 15th amendment in 1870, and women until 1920’s 19th Amendment. Still, the tradition of the United States has been to aspire toward honest elections.

In a 1964 ruling in Wesberry v. Sanders, the U.S. Supreme Court declared that equality of voting – one person, one vote – means that “the weight and worth of the citizens’ votes as nearly as is practicable must be the same. These new voter laws being enacted throughout the country are designed to do just that, ensure that everyone entitled to vote is allowed to vote but only those entitled to vote. But the Democratic Party is fighting is to ensure the votes of legal voters receive less weight than they deserve.

Continue reading: Democrats Are Fighting Against One Man One Vote, NOT Voter Suppression ...

Anyone against voter ID and against stopping voter fraud is for voter fraud; and usually they are called democrats.