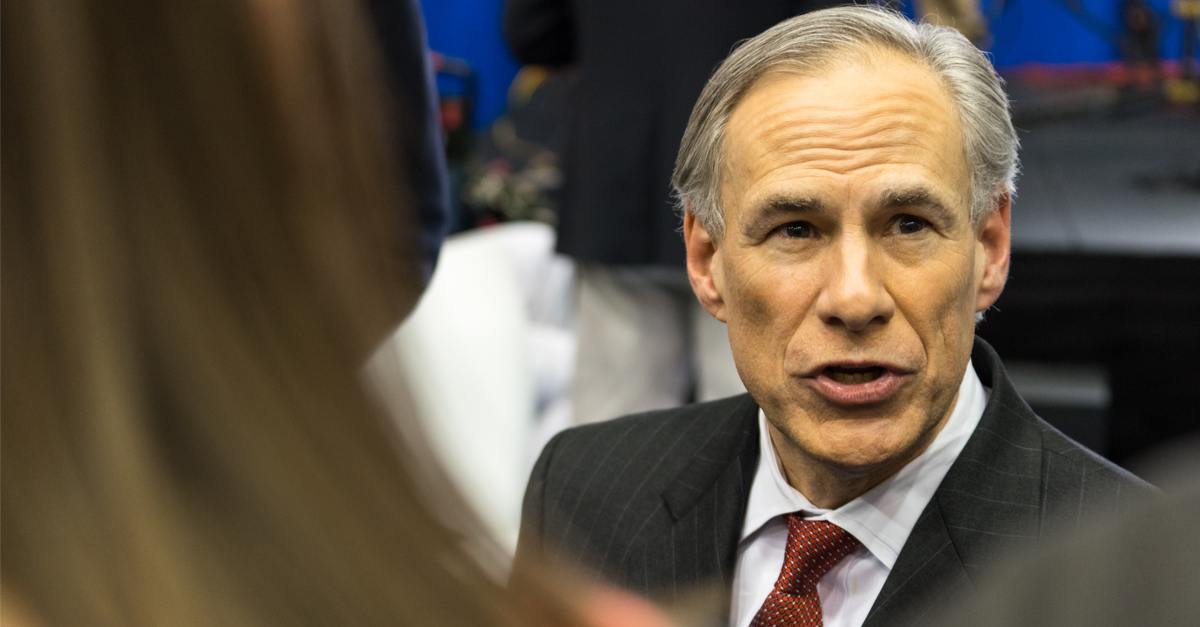 The following article, TX to Arrest Dem Lawmakers Who Pulled Voting Rights Stunt, was first published on Flag And Cross.

Texas Governor Greg Abbott is escalating his feud with the state’s Democratic lawmakers this week, and in a Lone Star State-sized sort of way.

Abbott, whose Republican colleagues have been attempting to pass a bill that they say would enhance electoral security in the state.  On the other side of the aisle, however, there are concerns that the bill could disenfranchise certain voters, namely those in minority communities who often vote for progressive candidates.

Now, as the Texas GOP tries again to pass the bill, Democratic legislators boarded a charter flight for Washington DC, as this would not allow an official vote to be taken, according to Texas rules.

Governor Abbott had some tricks up his sleeve as well, however.

Abbott appeared on “The Ingraham Angle” on Monday to defend the bill and say the missing lawmakers will be arrested upon their return to the state. He said members of the Texas House of Representatives who are still in the state can call for the arrests of their colleagues who do not show up to vote. The one caveat is the arrest has to be made in the state.

“Once they step back into the state they will be arrested and brought back to the Capitol and we will be conducting business,” he said.

Republicans argue the contentious bill would provide greater election security, while Democrats charge it would suppress voter turnout of minorities.

This is the second time that Democrats have skipped out on a voting rights bill, which could explain why Abbott’s fuse appears to be so short on the matter.