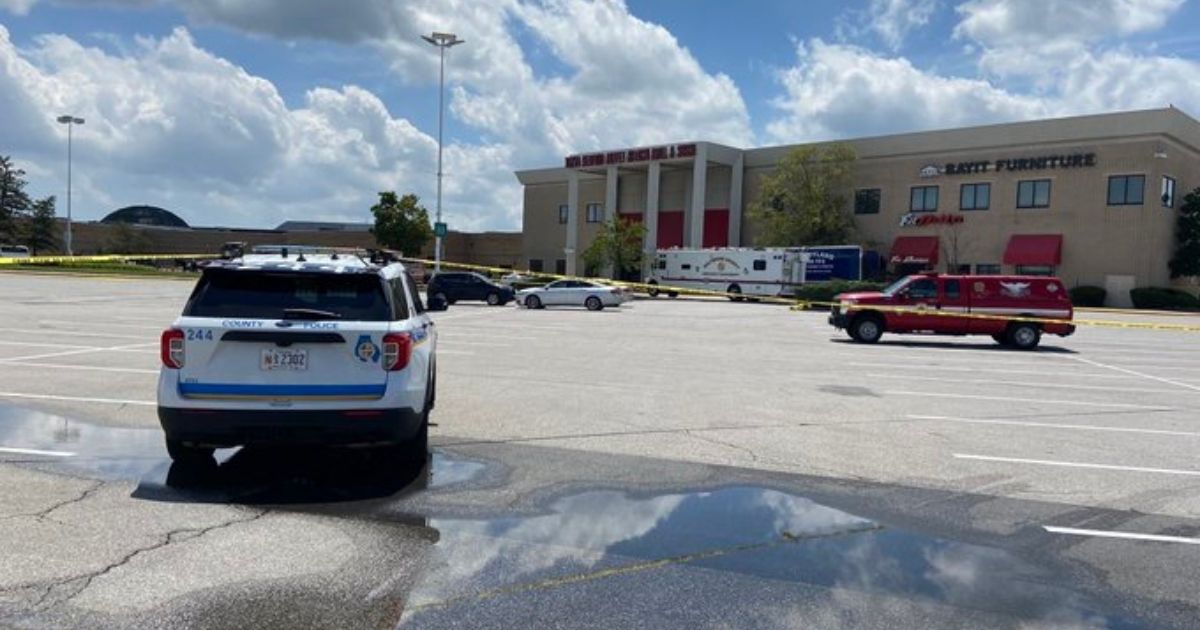 The following article, Two Police Officers Shot While Attempting to Arrest Murder Suspect, was first published on Flag And Cross.

The officers and suspect were transported to a hospital, where the suspect was later pronounced dead, WMAR-TV reported.

The Baltimore County Police Department said both officers were recovering from non-life-threatening injuries at Maryland Shock Trauma in Baltimore.

The officers have non-life threatening injuries. #Baltimore City will be addressing the media at W. Lombard and Penn. There is still an active scene in #Baltimore County.

The officers were attempting to arrest a Baltimore homicide suspect when they were shot, according to WMAR.

As they approached, the suspect reportedly opened fire on them.

According to the Baltimore County Police Department, the incident happened at Security Square Mall in Woodlawn, just west of Baltimore City.

#Update Active scene at Security Square Mall where earlier two law enforcement officers were injured. One suspect has been transported to the hospital as well as the members of law enforcement.

The department said the officers are part of the Warrant Apprehension Task Force.

The officers work with the U.S. Marshals regional task force, a combined effort of federal, state and local police officers “to locate and apprehend the most dangerous fugitives and assist in high profile investigations.”

The department tweeted late Tuesday morning that the investigation was still “active and open.”

The owner of Saadia’s House of Oils in the mall expressed frustration about the back door of his store being blocked off by crime scene tape.

A few mall workers had arrived around 10 a.m. to see if they could get to work.

Mall patrons also arrived, and it was not clear if they would be able to shop Tuesday morning.