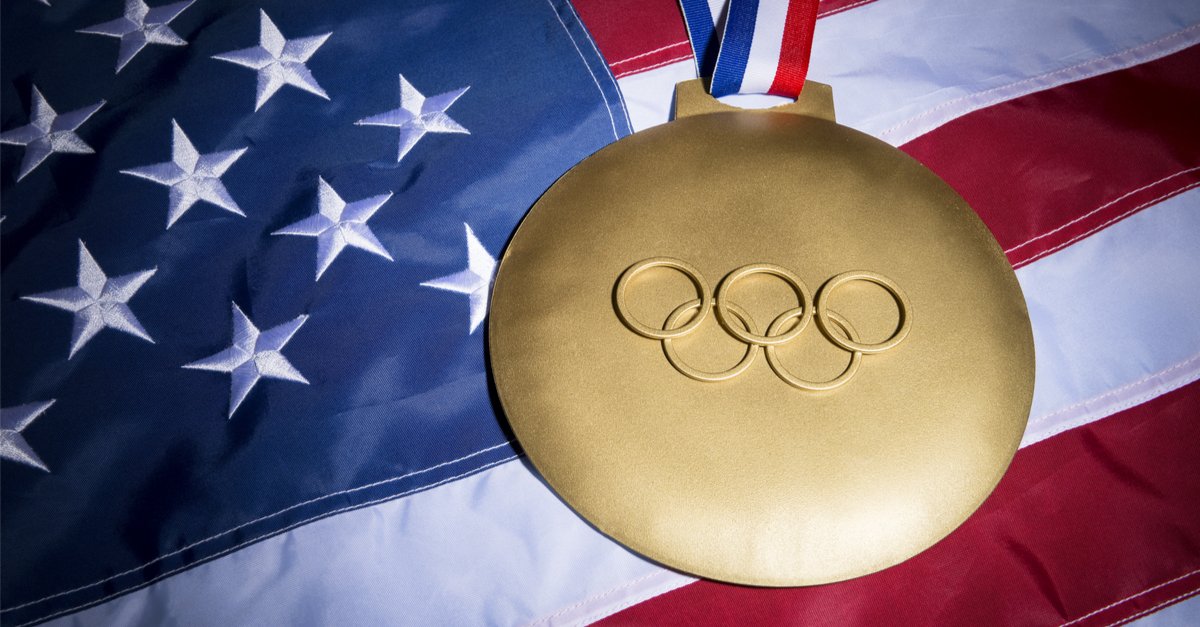 The following article, Sean Hannity Furious After US Flag Redesigned for Olympics, was first published on Flag And Cross.

When it comes to the symbols of American patriotism, there are some things that you just don’t mess with.

The National Anthem, for one, as evidenced by the enormous outcry that we experienced during the recent spate of athlete-led protests that occurred during the singing of the song at stadium events.

Another is the US Flag.  Old Glory.  The Stars and Stripes.

Not only do we have literal, constitutional standards regarding how to properly display and care for our flags, but there is an extremely pervasive sense of protection around the flag for many Americans.

Perhaps that’s why Sean Hannity is so fired up this week.

In his monologue on Monday, “Hannity” host Sean Hannity blasted the United States Olympic Committee (USOC) over a new plan to redesign the American flag on its logo, and replace the 50 stars with 5 new stars, and alter the portrayal of the stripes.

On July 6, the US Olympic and Paralympic Committee asked US Olympians and Paralympian associations to fill out an online survey. One of the items in the survey is a proposed change to the Stars & Stripes to be used in USOPC materials, Hannity reported.

The committee told “Hannity” there will be no changes to the U.S. flag icon for the Japanese or Chinese Olympiads in 2021 and 2022 respectively.

In his monologue, Hannity called for the USOC to relent, and more importantly remember that the current United States flag represents every American and every American olympian.

The flag design had plenty of critics on Twitter as well.

Poll: Do you think the USOC should change the American flag? https://t.co/nC5kWuHS1r pic.twitter.com/MInkySQUs9

@USOlympic SCREW YOUR FLAG REDESIGN! If the USOC has to run from the American Flag, supporters are going to RUN FROM YOU.

Nothing gives the USOC the right to redesign the flag.
If they do, we need to boycott Olympics.
It's been done before.
Let the woke go under another country's flag.

The Olympic Games themselves have already been full of controversy, despite not having started just yet, largely on account of Japan’s continued disregard for COVID concerns for the event.

That does it for me as far as watching any of the Olympics! They have dishonored every veteran and all who have died to keep this country free! This redesign is disgraceful and disgusting! First the NFL, then the NBA (way overboard with this BLM bulls**t!) and now MLB. The only sporting event I’ll watch anymore is golf!