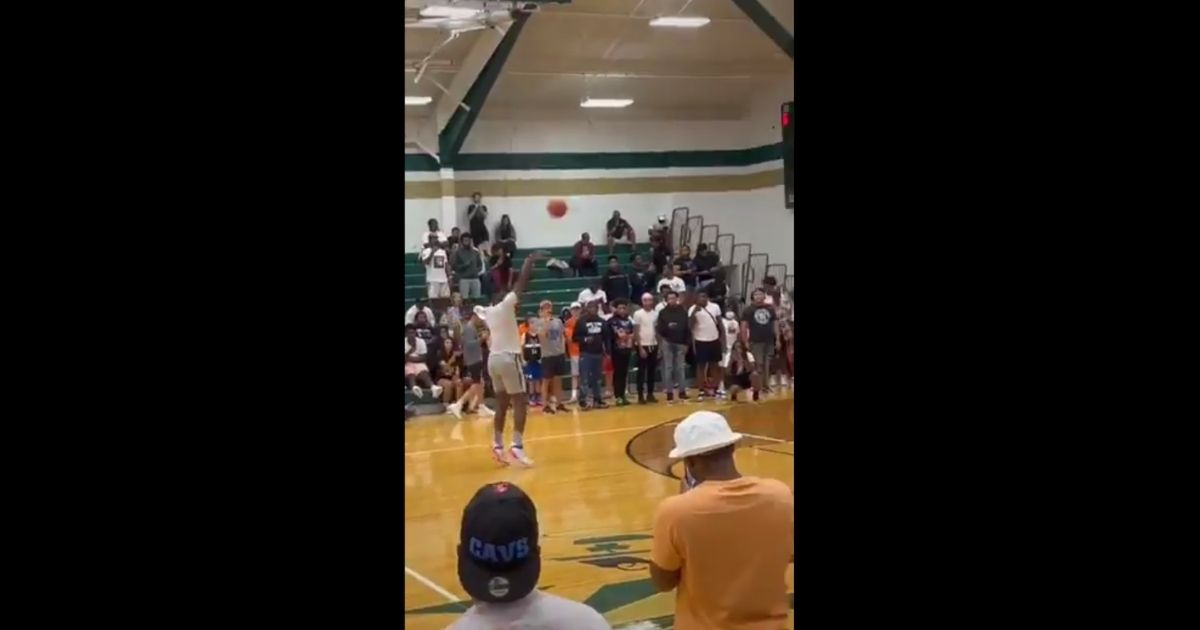 LeBron James took the court at his son’s youth basketball game and did not put on his best show.

A video of the Los Angeles Lakers star on the court of his son Bryce’s game recently circulated online and showed James missing every shot he took.

James took a shot from behind the three-point line and missed.

He then took a half-court shot and missed that one as well.

At Bryce’s game showing everyone his CRAZY SKILL!!!!

Fans quickly joked that James was “throwing bricks” to help build a gym or his new house.

A different account tweeted another video that appears to be from the same day in which James made every single shot he took.

It is not unusual for James to make a scene at his sons’ basketball games.

At a July 3 game, James yelled at the PA announcer over a comment made after his son Bronny got a foul call, the New York Post reported.

James reportedly interrupted the game and yelled at the announcer, taking about a minute to calm down and later walk back to his seat.

In a recent podcast interview, James said that he wanted to retire with the Lakers in “four, five, six, seven” years, according to NBC Sports.

“I truly hope that I can finish my career with the Lakers,” he told the “SmartLess” podcast.

“However many years that is, if it’s four, five, six, whatever, seven, I hope I can continue to play the game. I love being in LA, my family loves being in LA.”

It is unclear how many years James plans to continue to play, but he has said he wants to play until Bronny is in the NBA.