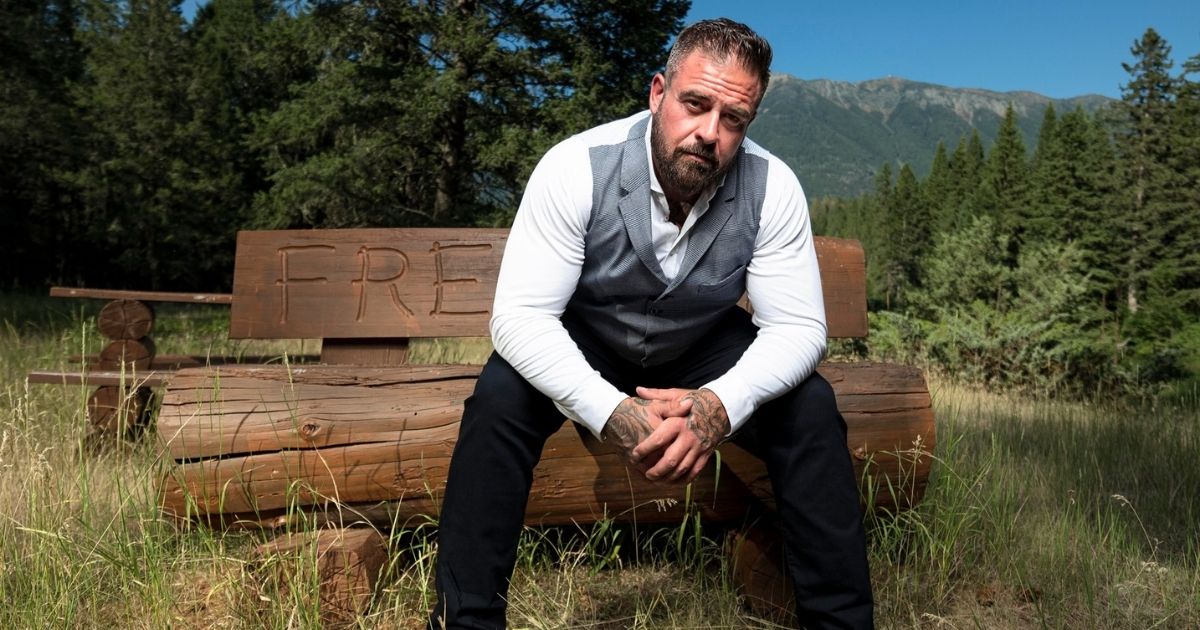 The following article, Recovered Addict Helps Woman Get Into Rehab After She Admits to Stealing His Dog, was first published on Flag And Cross.

There are few things as terrifying to a loving pet owner as having a pet stolen. It’s one thing to lose a dog, have them slip out of a collar or dig under a fence and get loose, but when someone steals a dog, that’s a whole new category of fear.

Did the thief steal the dog to keep it for themselves? Are they planning on selling it to make fast cash? Will it end up as a bait dog? No matter what the answer, the result is the same: It’s highly unlikely the dog will ever come home.

Brayden Morton had to face a similar slew of horrible possibilities when his Chinese shar-pei, Darla, turned up missing one afternoon in June from his home in Cranbrook, British Columbia.

Darla had been sunbathing outside in the fenced backyard when Morton heard a strange sound. When he went outside, she was gone, the gate was open and a blue Ford truck was speeding off.

“I immediately started running after them,” Morton said, according to The Washington Post. “They were gone. I couldn’t believe what had just happened.”

After reporting the incident to the authorities, he quickly went to Facebook with his story, offering a sizable reward for her return.

“Please share and help me,” he posted on June 18. “A blue older model Ford truck just pulled up behind my house and took Darla. I am offering a 5000.00 $ reward for anyone who can either bring her back or tell me where she is. Or contact the police the file number is 21-5283. Please share this from Cranbrook BC.”

His post went viral and was shared over 33,000 times. People all over the planet knew about Darla, and while many tried to help, Morton faced many false leads.

One lead that appeared to have merit was when a woman called to tell him a truck matching his description was at a nearby store. According to a Facebook post, there were even dog treats in the truck, which struck Morton and convinced him that the man who owned the truck was hiding something — but no Darla.

Morton continued to suffer, unable to sleep and wondering where his precious pup had gone.

By June 20, he got a call saying that Darla might have been found — but if the dog was her, she was deceased. As he waited for the heartbreaking confirmation, he got another call.

“As I’m sitting in my vehicle waiting to find out I get a phone call from a blocked number I answered and all I heard was what sounded to be like a young lady crying,” he posted on Facebook. “I knew in my heart that this person had my dog or knew where she was. She was hysterically apologizing and said she had grabbed Darla from where she was because she couldn’t live with herself for assisting in taking her.

“I ran home and grabbed the reward money and went to meet this lady. I drove there frantically to meet her. She was already waiting at the spot she had asked to meet.”

When he approached the young lady, everything started to make sense.

“As soon as I saw this young girl I knew she was addicted to drugs,” he wrote. “I walked up to her and gave her a hug and told her it was alright and I wasn’t mad because I understand what she’s going through all to well. I am a recovering fentanyl addict who has been in recovery for just over six years and I am a Drug and Alcohol Interventionist now. I was living the exact same way as she was six short years ago. I told her about my past and how messed up I was we talked for about 20 mins she told me she didn’t want the reward money she just couldn’t live with herself for taking Darla.”

So, Morton proposed something else: He would use the reward money to help get her into rehab. After a while, she accepted.

“I’m going to take this money, and I’m going use it to pay for you to go to treatment,” he told her. “I’m going to give you the opportunity to help yourself.”

After getting her set up for treatment with Westminster House Society, he spotted the man in the blue truck he’d suspected earlier. Knowing the full story and with Darla safe, he decided to apologize for his earlier behavior.

“I had to pull over and talk to him as I felt bad for my reaction when I initially found him,” Morton continued. “He was trying to sleep in his truck and had two dogs with him. I told him I apologized for the way I acted and I’m sorry for accusing him. He started telling me about the way his life has gone the past few weeks and how he ended up homeless and in Cranbrook.”

The men parted on better terms, but Morton had a nagging sense of unfulfilled duty, so he decided to pay for a hotel for the man and his two dogs for a week.

“Tonight was a night I will never forget and I am truly humbled,” Morton concluded. “I hope this gets shared as many times as what all you great people shared to find her. Hopefully it sends the message as people we need to be there for each other and our experience sometimes isn’t for us it’s for someone else and don’t always write someone off there are a lot of good people who are addicted to drugs sometimes they just need someone to talk to and to go for help.

Continue reading: Recovered Addict Helps Woman Get Into Rehab After She Admits to Stealing His Dog ...