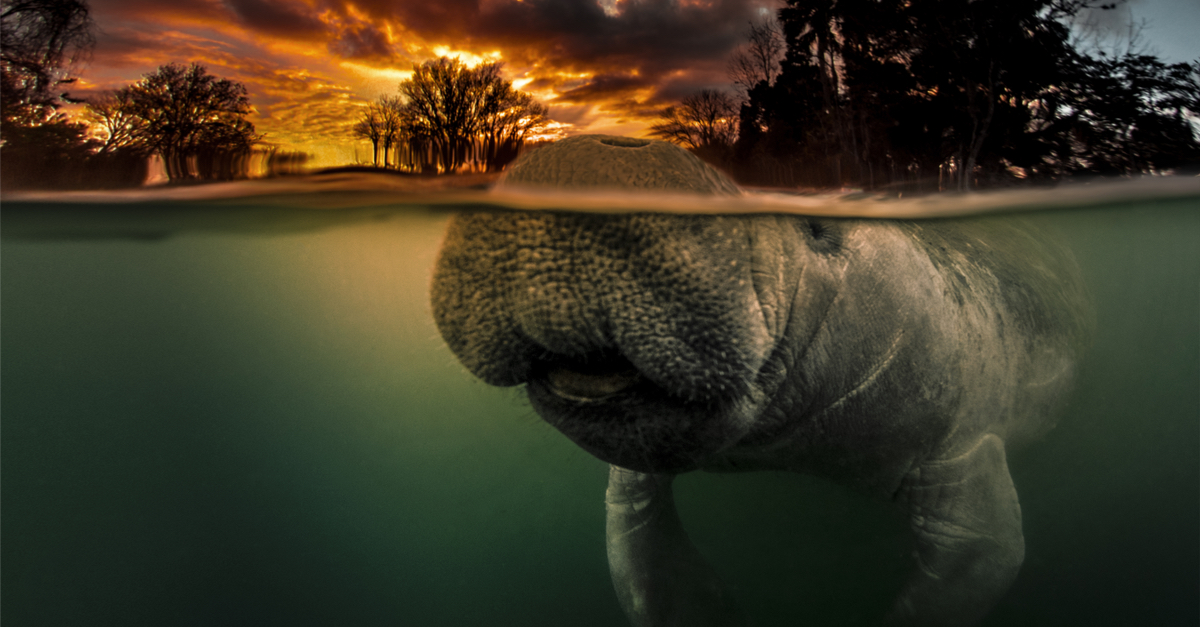 The following article, Famous Florida Critter Dying at Record Rate in 2021, was first published on Flag And Cross.

Florida has long been considered one of the more unique states in our nation, where a great deal of ostensibly strange news occurs.  This could be due to the ratio of travel tourism dollars to the total economy, or maybe it’s just a case of nice weather pushing people into strange fits of comfort.

But it’s not only the people that make Florida such an interesting place, but the wildlife too.  This is a state where modern-day dinosaurs lurk in the ponds of suburbia, and where invasive snakes are now being hunted for bounty.

And, of course, there’s the manatee:  One of Florida’s most famous creatures, but one that is having a rough year thus far.

More manatees have died already this year than in any other year in Florida’s recorded history, primarily from starvation due to the loss of seagrass beds, state officials said.

The Florida Fish & Wildlife Conservation Commission reported that 841 manatee deaths were recorded between Jan. 1 and July 2, breaking the previous record of 830 that died in 2013 because of an outbreak of toxic red tide.

The TCPalm website reports that more than half the deaths have died in the Indian River Lagoon and its surrounding areas in Volusia, Brevard, Indian River, St. Lucie and Martin counties. The overwhelming majority of deaths have been in Brevard, where 312 manatees have perished.

There were other factors as play as well.

“Unprecedented manatee mortality due to starvation was documented on the Atlantic coast this past winter and spring,” Florida’s Fish and Wildlife Research Institute wrote as it announced the record Friday. “Most deaths occurred during the colder months when manatees migrated to and through the Indian River Lagoon, where the majority of seagrass has died off.”

Boat strikes are also a major cause of manatee deaths, killing at least 63 this year.

The manatee was once on the endangered species list, but was reclassified as “threatened” in 2017 thanks to a massive explosion in population over the course of the last several years.