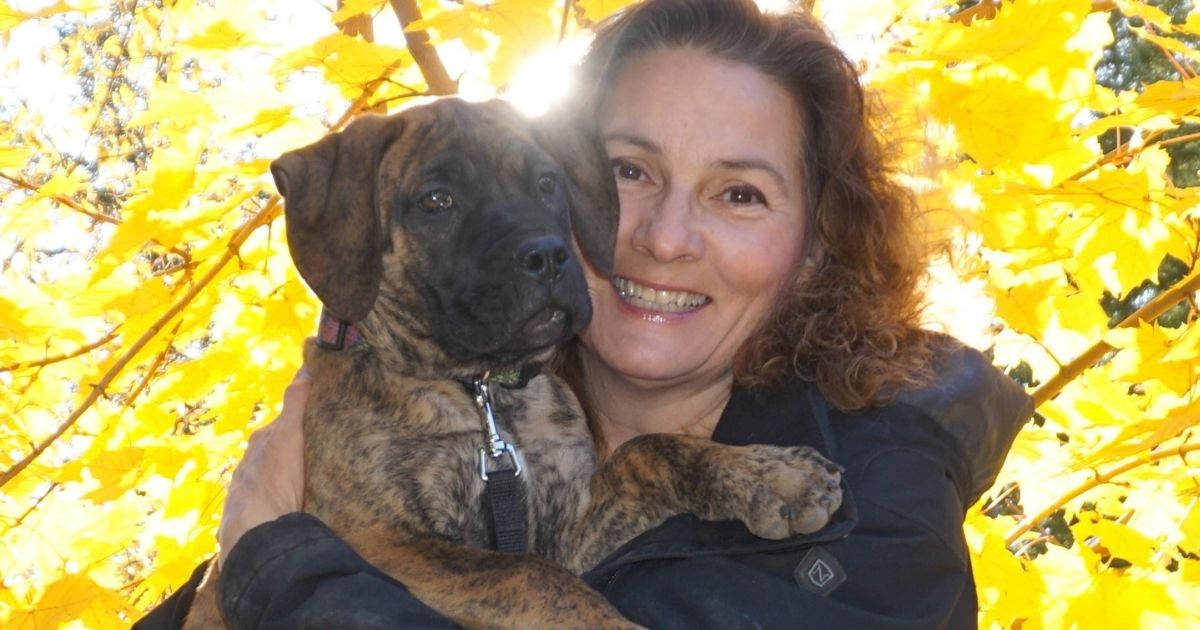 The following article, Dog Helps Save Colt's Life After It Begins Suffocating During Birth in the Middle of the Night, was first published on Flag And Cross.

Many dog lovers acknowledge canine companions possess an uncanny sixth sense, but not all dog lovers or owners get to see it in action.

Marie Hurley of “Hillbilly Haven” farm in Tappen, British Columbia, Canada, was witness to that very phenomenon last month when one of her dogs, a large breed known as a South African boerboel, woke her up in the wee hours of the morning on June 24th.

“At 1:50 in the morning, all of the sudden this little girl [Toffee] shoved her nose into my shoulder so hard and went ‘woof’ just like she meant business. And I leapt out of bed and she looked at me like this and she took off down the stairway and out into the yard,” Hurley told Global News.

“I saw the mare had had her foal and it was making this horrible, horrible noise — it was a snoring noise … just horrible, so when I went out, like I’m running and I can see that the amniotic sac had not broken. So this poor little thing was like in a bag … and you could see the sack sucking into the nostrils and he was smothering to death.”

“So of course I go running out as fast as I can, and I’m ripping the sac off his face, clearing out his nostrils and never would have woken up if it weren’t for Toffee waking me up.

“Toffee is in my opinion a hero — and you hear always about dogs doing amazing things but you never think it’s going to happen to you and Toffee proved that she is one of those amazing dogs and I am so lucky to have her.”

“On June 24th, this puppy saved my foal’s life by waking me up to tell me he was in distress,” Hurley posted on Facebook on July 10. “Without her swift action, he would have died at birth.

“Tonight Global News is airing a story on her. Mae Daisy Sweet Toffee will have her debut at 5:30, 6:30 and 11 pm BC time, and available online afterwards. Tune in for her ‘good news’ story!”

Hurley has since asked for the public’s help in naming the special little colt.

“He was born under a full moon, he’s got very interesting markings, he has got zebra stripes, born in the drought, the heatwave, so lots of amazing things going on,” she said.

On Sunday, she posted on Facebook that so far she’s received over 500 name suggestions. Many of the suggestions have included the name “Lucky,” so it will take some time for her to sort through and select a name that is as unique as her farm’s newest addition.

Hurley is also doing “random draws for gift certificates” for those who have submitted name suggestions. If you’d like to add yours to the list, you can email it to namethecolt2021@yahoo.com.

Getting to see her dog’s keen senses at work was a gift all its own, but Hurley says that the best thing that’s come from this story — other than the life of the colt — is hearing how many people have been touched by Toffee’s bravery.

“Best part for me,” she wrote in a comment on Facebook, “is how many people tell me that it made them happy to hear some good news.”

Continue reading: Dog Helps Save Colt's Life After It Begins Suffocating During Birth in the Middle of the Night ...

Please correct your article. This was first published by Global News Okanagan. Global News is the only media that interviewed Toffee’s owner. All the video of horses and dogs was filmed and supplied by Marie Hurley.