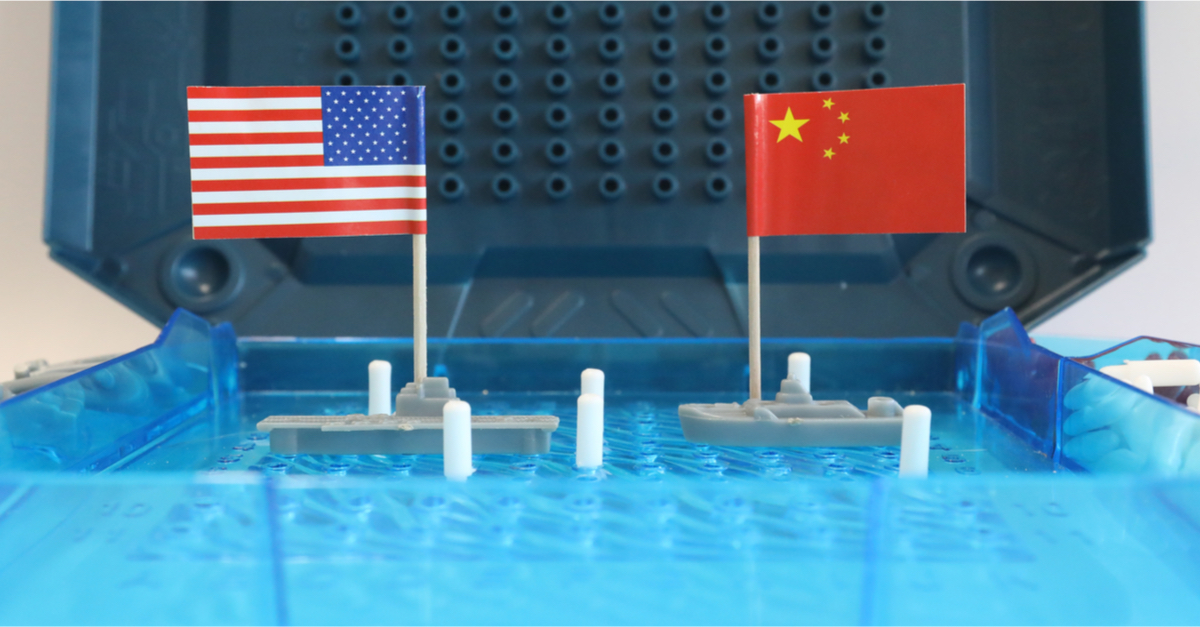 The following article, China Flexes Military Muscle, Says They ‘Drove’ US Warships Away, was first published on Flag And Cross.

When it comes to military might, there are but three nations on top of the heap right now, and there is little top who’s taking the number one spot…no matter how much time the others spend on showboating and puffery.

In this trio, it is the United States holding down the pole position, with Russia and China both vying for the tightly contested 2nd place.  Russia’s advantage appears to be in their hypersonic missile department, while China claims the sheer size of their army as a determining characteristic.

But now the communist regime is claiming that they’ve driven American ships out of the South China Sea – a wild declaration that gives us the impression that they are hoping to be taken more seriously on the world’s stage in the coming years.

China’s military said it “drove away” a U.S. warship that illegally entered Chinese waters near the Paracel Islands on Monday, the anniversary of an international court ruling that held Beijing had no claim over the South China Sea.

The Chinese comments resembled the usual reaction from Beijing following freedom of navigation operations by U.S. warships held almost every month in the South China Sea.

The U.S. Navy destroyer Benfold entered the waters without China’s approval, seriously violating its sovereignty and undermining the stability of the South China Sea, the southern theatre command of the People’s Liberation Army said.

“We urge the United States to immediately stop such provocative actions,” it said in a statement.

The US was a bit more flippant in regard to the situation.

“By conducting this operation, the United States demonstrated that these waters are beyond what China can lawfully claim as its territorial sea, and that China’s claimed straight baselines around the Paracel Islands are inconsistent with international law,” the U.S. Navy said.

Two U.S. defense officials, speaking on the condition of anonymity, said the operation was routine as was the Chinese reaction – and not something that was causing concern in the Pentagon.

China has long been interfering with the sovereignty of nations such as Taiwan and cities such as Hong Kong, with the global community largely condemning Beijing’s uncouth actions.

Likely that the communist chinese will soon be starting WWIII? They have become more aggressive and at the same time building up their military/navy. Appear to be acting the same as did Germany & Japan in the 1930s & 1940s. And with no America to stand against them they have to realize that ‘their’ time is now.