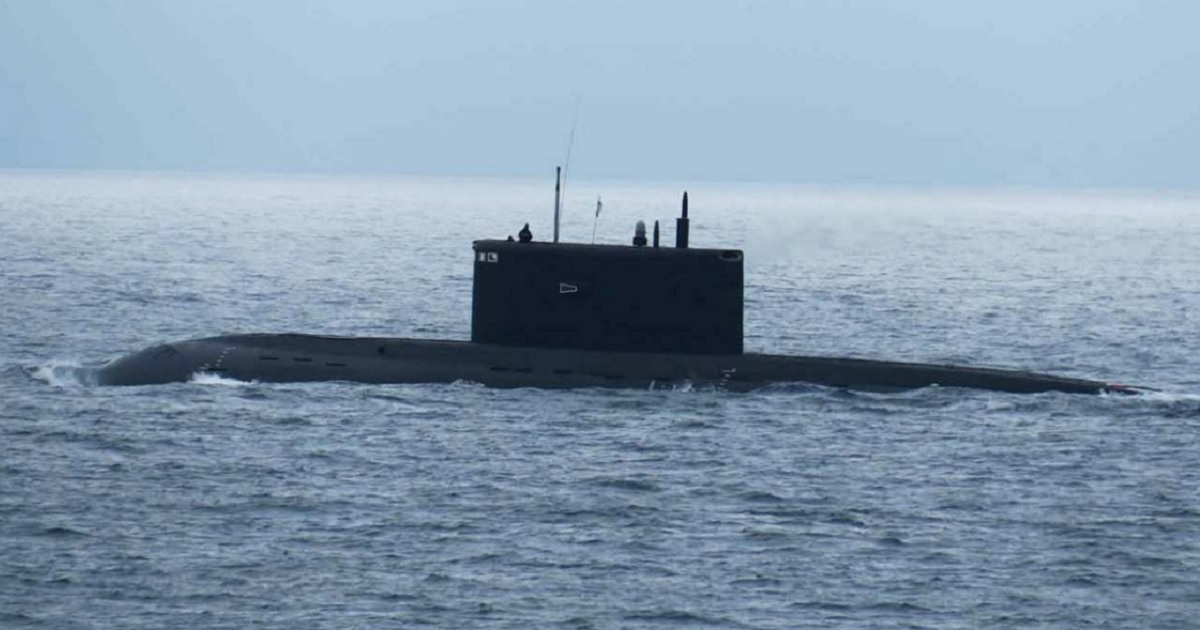 British forces recently played a cat-and-mouse game with a Russian submarine that was stalking a British aircraft carrier in the Mediterranean Sea, according to a new report.

The report in The Telegraph said that the incident took place on June 27, only four days after Russia claimed it fired warning shots at a British destroyer in the Black Sea.

The report did not say how British forces were aware that a submarine was shadowing the aircraft carrier HMS Queen Elizabeth and its Carrier Strike Group.

It also added that once British forces learned they were being stealthily monitored, Merlin helicopters were launched in the incident, which took place in the eastern Mediterranean.

The choppers dropped what are called sonobuoys, designed to listen underwater to find the distinctive sounds of a submarine, The Telegraph reported.

Quiet Russian Kilo class boats based in Syria operating against the CSG would have provided a challenging ASW target.

The highly capable Merlin Mk2s of @820NAS based on @HMSQNLZ hunted the boats with dipping sonar and dropping sonobuoys pic.twitter.com/npRamh194r

Ryan Ramsey, a former Royal Navy submarine commander, said, “Submarines aim not to be detected — it stops you from completing your tasks,” according to The Telegraph.

“Evasion in a submarine is really difficult when you’re going up against something as capable as Merlin helicopters. The UK has always been really effective at anti-submarine warfare using ships, submarines and aviation.”

British officials were sparse in their comments on the incident.

“We do not comment on operational matters of this kind, but can confirm that robust measures are in place to protect HMS Queen Elizabeth and the ships of the UK Carrier Strike Group,” the Ministry of Defense said in a statement, according to The Telegraph.

The Telegraph reported that its sources indicated the submarine might have come from Russia’s Black Sea fleet. Russia also maintains a submarine base in Syria that it uses as a place to house submarines that prowl the Mediterranean.

The Telegraph said that the HMS Queen Elizabeth and its strike group have gone through the Suez Canal as the first step in an eight-month deployment in the Indian and Pacific oceans.

Although Britain downplayed the June 23 incident, Russia said it not only fired warning shots but dropped bombs on a British destroyer it said entered Russian territory last month.

Russian leader Vladimir Putin later swaggered that Western nations will not fight Russia because they know “full well that they can’t win in that war,” according to The Sun.

“Even if we had sunk the British destroyer near Crimea it is unlikely that the world would have been on the verge of World War III,” he said.

“Those who are doing this know that they couldn’t be the winners in this war.”