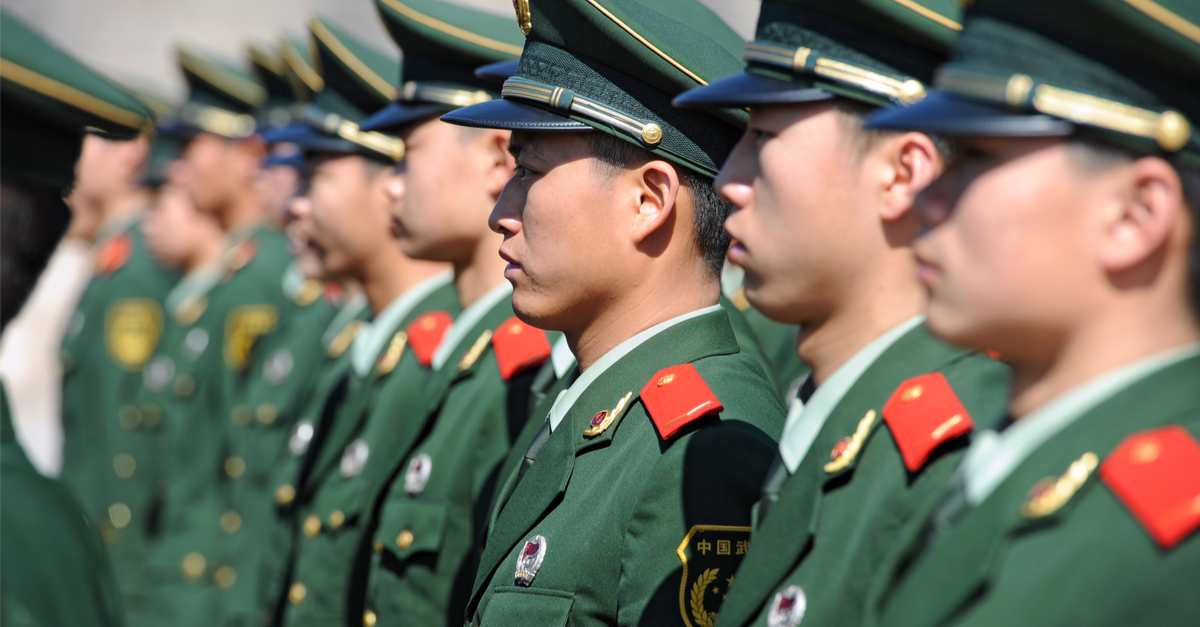 The following article, Pentagon Sounds the Alarm on China’s Newfound Space Weaponry, was first published on Flag And Cross.

When it comes to the pecking order of the elite global community, the United States has a vested interest in reaming on top of the board.

The only two nations who could even consider matching or maiming us are China and Russia, the latter of which has been pretending as though the Cold War never ended, and the former of which completely disregarding the concept of human rights in order to remain relevant on the world’s stage.

Now, the Department of Defense is beginning to take notice of the situation with Beijing...and it’s not good.

China is making sizable, long-term investments in weapons designed to jam or destroy satellites as the nation seeks to rapidly narrow the gap in space technology with the U.S., according to the top intelligence official for the Pentagon’s Indo-Pacific command.

China is pushing to develop antisatellite weapons with capabilities from “dazzling to jamming, to kinetic kill-from-the-ground, from space — all that, they’re on the march,” Rear Admiral Michael Studeman said this week during an intelligence-security trade group’s webinar.

Studeman’s comments mark the most current unclassified assessment of the counter-space capabilities of a nation that Defense Secretary Lloyd Austin repeatedly refers to as the top challenge for U.S. defense planning and spending.

China’s threats to U.S. satellites as well as Russian advances in counterspace technologies were among the primary justifications American officials cited for establishing the U.S. Space Force, the sixth U.S. military service branch and the regional Space Command, during the Trump administration.

China’s military might has largely been on display in their immediate vicinity, as Beijing continues to harass Taiwan and Hong Kong regularly.

Should the Communist regime suddenly have space weapons, there is no telling what sort of trouble awaits the world.