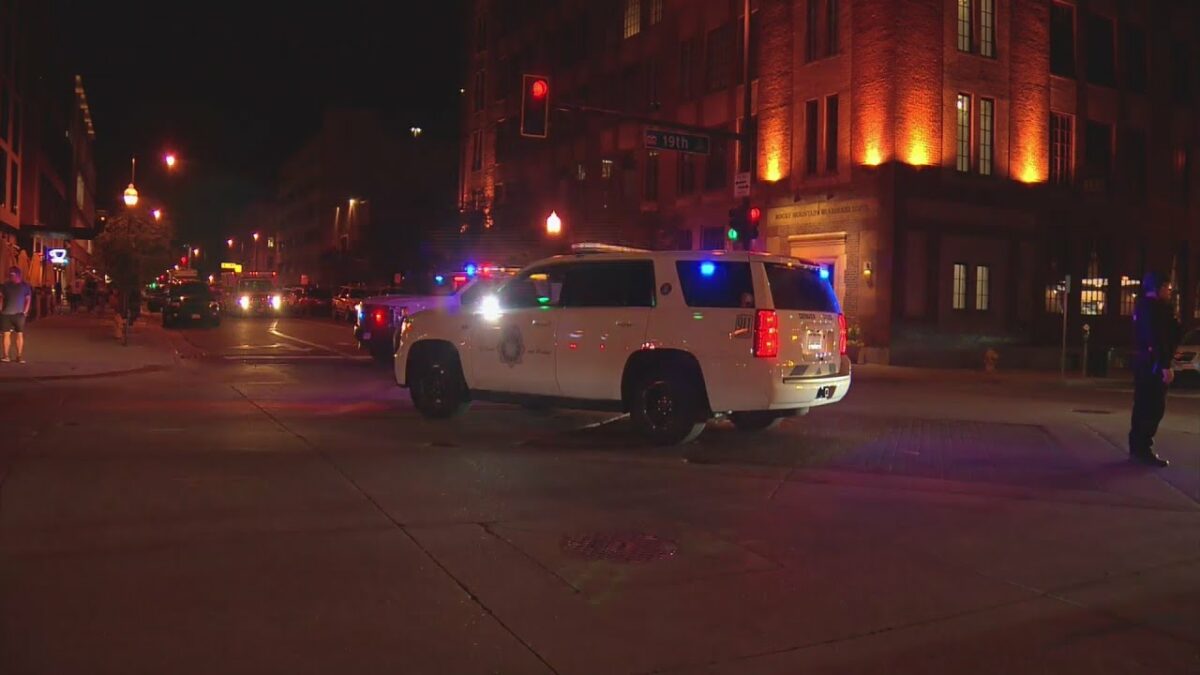 Four people were arrested in Denver on Friday night after a hotel maid was alarmed at finding weapons in a room.

Police feared the incident could have been planning for a “Las Vegas-style shooting,” KCDO-TV reported, noting that the discovery came days before the Major League Baseball All-Star Game in Denver.

The Las Vegas reference was to the October 2017 shooting in Las Vegas in which shooter Stephen Paddock killed 60 and wounded more than 400 when he fired from his hotel room into a crowd attending a music festival.

However, local station KDVR-TV reported that the incident “doesn’t appear to be related to All-Star Week events.”

The Maven Hotel where the weapons were found Friday is located not far from Coors Field, where the game is scheduled to be played on Tuesday.

A potential shooting plot is thwarted in Denver. Days ahead of the MLB All-Star Game, police arrested four suspects after finding weapons, body armor and hundreds of rounds of ammunition in a hotel room one block from Coors Field. @WillCarr reports.https://t.co/KGcxhniiu6 pic.twitter.com/H9pEI8RZGW

According to KCDO, police said they were able to get a search warrant based on information from a maid at the Maven Hotel.

An eighth-floor room, which had a balcony overlooking downtown Denver, contained 16 long guns, body armor and more than 1,000 rounds of ammunition — all of which was removed, according to KCDO.

KCDO reported that police sources said the size of the ammo cache, the number of guns, and the location near Coors Field made what they called a “Las Vegas-style shooting” a potential concern.

Police also indicated that one of the suspects arrested was recently divorced and wrote on Facebook that he was planning to “go out in a big way,” the station reported.

In addition to the arrests, two vehicles were impounded, according to KCDO.

Police arrested Richard Platt, 42, for investigation of possession of a weapon by a previous offender, possession of a controlled substance with intent to distribute (two counts), and a warrant from another jurisdiction.

It wasn’t clear if the men named Rodriguez were related.

The sole woman taken into custody, Kanoelehua Serikawa, 43, was arrested for investigation of possession of a controlled substance with intent to distribute, and a warrant from another jurisdiction, KCDO reported.

Guests who arrived at the hotel to find a heavy police presence were told only the basics.

“Once I got up to my room the hotel phone started ringing,” hotel guest Drake Voell said, according to KDVR-TV.

“I answered, and they said for everyone to stay in their room because there was a situation. I asked what was going on and they said there was just a few people that were up to no good on the fourth and the eighth floor.”

Voell said his grandmother had a fourth-floor room two doors down from one that was raided.

“They said they heard a maid walked into the hotel room and she saw a bunch of guns laid out,” Voell said.

“Then they found a white SUV on the road and all doors were unlocked and there was a laptop on the dashboard open, so it was a very suspicious vehicle.”