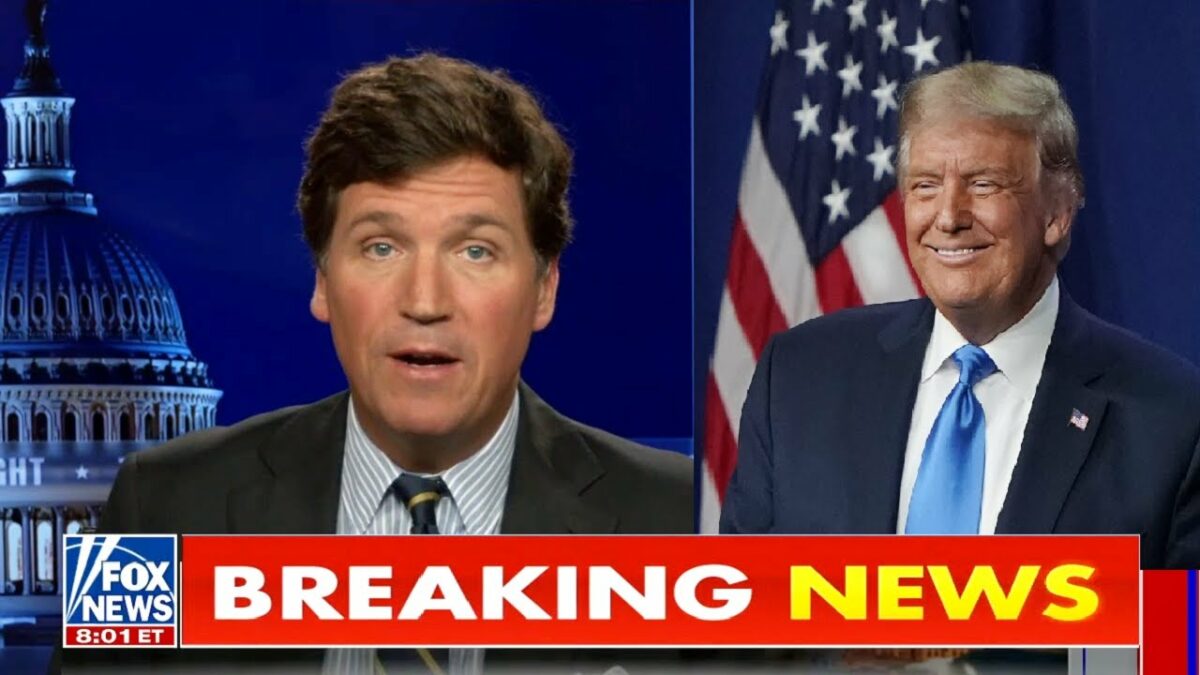 A large majority of Trump supporters continue to believe that President Joe Biden won the election because of voter fraud.

A Monmouth University poll released on June 21 found that 63 percent of Republicans believe that former President Donald Trump was the true winner. In November, the figure was 66 percent; in January, 69 percent; and 64 percent in March. It has remained remarkably steady.

Following the election, Fox News’ Tucker Carlson was open to the possibility that fraud may have occurred. However, after Trump attorney Sidney Powell failed to produce the explosive evidence she’d claimed she had, Carlson appeared to sour on the theory and has largely stayed away from it.

This is why I was surprised to see him address the topic on his Friday night show.

“It wasn’t just the way votes were counted or the voting machines that shook people’s faith in our democracy. It was the preceding four years and the way our ruling class behaved during those four years,” Carlson said.

He had come across a tweet thread posted by podcaster Darryl Cooper which he said “crystalized” the reasons why large numbers of Trump supporters believe the election was “rigged.” He proceeded to read the thread, which was indeed compelling.

Cooper’s very worthwhile thread can be viewed by clicking on the first tweet (out of 35) below.

I think I’ve had discussions w/enough Boomer-tier Trump supporters who believe the 2020 election was fraudulent to extract a general theory about their perspective. It is also the perspective of most of the people at the Capitol on 1/6, and probably even Trump himself. 1/x

As I see it, Cooper absolutely nails it in the following tweet. This “regime” really has crossed all institutional boundaries.

This is where people whose political identity was largely defined by a naive belief in what they learned in Civics class began to see the outline of a Regime that crossed all institutional boundaries. Because it had stepped out of the shadows to unite against an interloper. 11/x

Once-revered institutions including the FBI and the CIA were engaged in a plot against a presidential candidate they did not like. After this candidate became president, they doubled down on their attempts to destroy him.

And they were aided in their efforts by a complicit media more interested in shaping the news than reporting it.

The “deep state” tried to undermine the new president by opening investigations into him for crimes they knew he had not committed.

When the truth was finally revealed, Trump supporters expected that those who perpetrated the scandal would be held accountable, but nothing happened.

And those same individuals simply moved on to the next attempt to oust Trump, which was impeaching him over an innocuous phone call with the Ukrainian president.

The deep state has hijacked the American government, and its successes have emboldened its members.

Conservatives’ biggest fears were realized once Biden took office. The wishlist items of those who once formed the radical wing of the Democratic Party are now the party’s platform.

Over the past six months, we’ve watched this administration trample our individual liberties and the Constitution. What happens next will determine the future of our country.

Conservative commentator and writer Mark Levin, also known as “The Great One,” joined Sean Hannity’s show on Friday night to discuss his new book “American Marxism,” which will be released on Tuesday.

“We are not looking into the abyss anymore. We are in the abyss,” Levin told Hannity. The author said we need to know exactly who we are dealing with if we plan to claw our way out of the abyss.

Like it or not, this is an existential moment for America.

Even a shit hole 3rd world country like Guatemala knows who won Joe!
We will never comply,we will never quit. MAGA 2020& BEYOND!

As the world watches with ‘amazement’ the mentally impaired mor on that Americans allowed to live in our whitehouse, the biden crime family assisted by the other mor on vp, continues their un-American agenda to topple America. And the entire free world will suffer also.