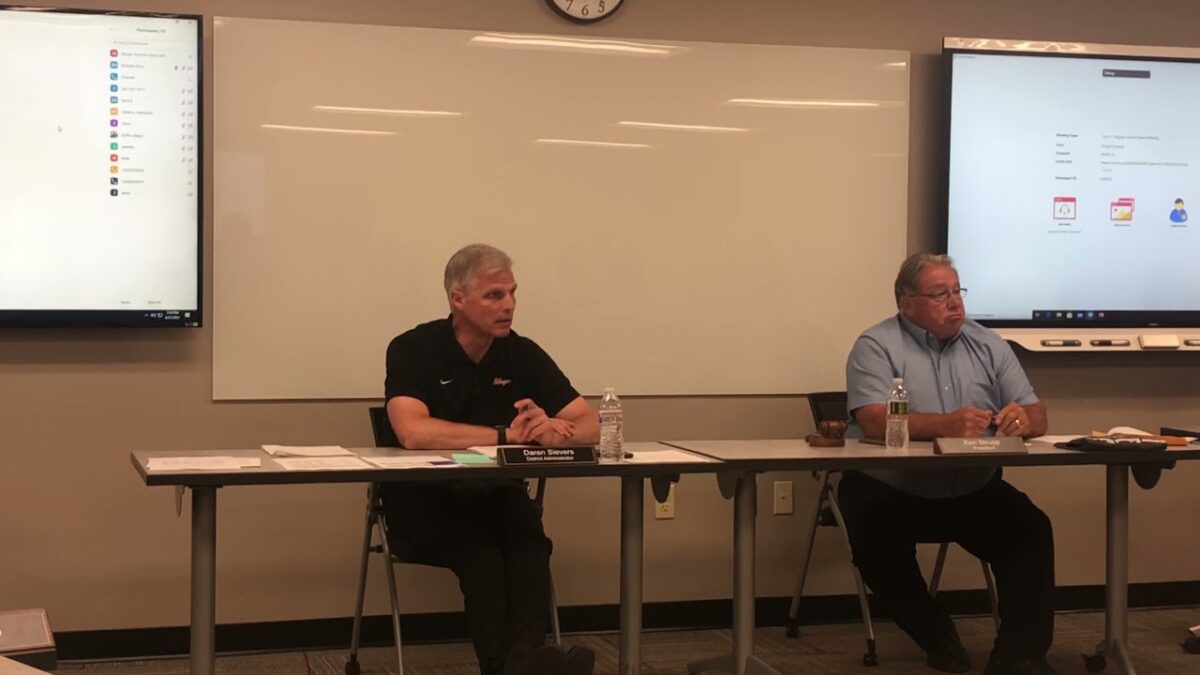 A mother revealed that she was allegedly instructed to treat kids differently in a Slinger, Wisconsin, classroom based on the color of their skin during a Slinger School District Board meeting in June.

“I was one of those parents that did sign up to help in the classroom, and I was shocked,” Robin H. told the board.

She explained that the agency Slinger uses to staff substitute teachers requires those teachers to take and pass a series of online courses.

“It seems very harmless, only about an hour or less long. But you have to go through, and you are taught to treat individuals differently in the classroom by the color of their skin,” Robin said.

She added that she has screenshots and information to back up her claims.

“That is in the online courses that you are required to take and pass to be a substitute teacher in the classrooms currently at Slinger, in the Slinger school system,” she said.

“You are told and taught that if you have any kind of views that are colorblind, that is racist, and if you treat children the same, that you are racist and that you are not treating them well and that they should have different consequences for the same action based on the color of their skin.”

Superintendent Daren Sievers responded that he would have liked to have had Robin’s information before the meeting so that it could have been investigated and acted upon as needed months ago.

He reiterated an early comment from assistant superintendent Jim Curler, adding, “If an assignment comes up of concern, we need to do it that moment. Not later on.”

The board had been discussing concerns about critical race theory in the school district.

“It’s not something we are promoting, and I can guarantee that the school board that I work for and the community I work for, that if this was something that we were moving towards, this would be publicized and we would seek community input,” Curler said.

Another parent at the meeting called for an audit of the curriculum in response to parent concerns.

“We can’t just assume that it’s not there,” parent Bill Brewer said, adding that the ideology could “creep in” to the lesson plan.

President Joe Biden has signaled support for teaching critical race theory in classrooms across the country, according to National Review.

The Department of Education proposed a new rule in April to establish priorities for grants in American History and Civics Education programs.

The Western Journal reached out to the Slinger School District for comment but did not immediately receive a response.