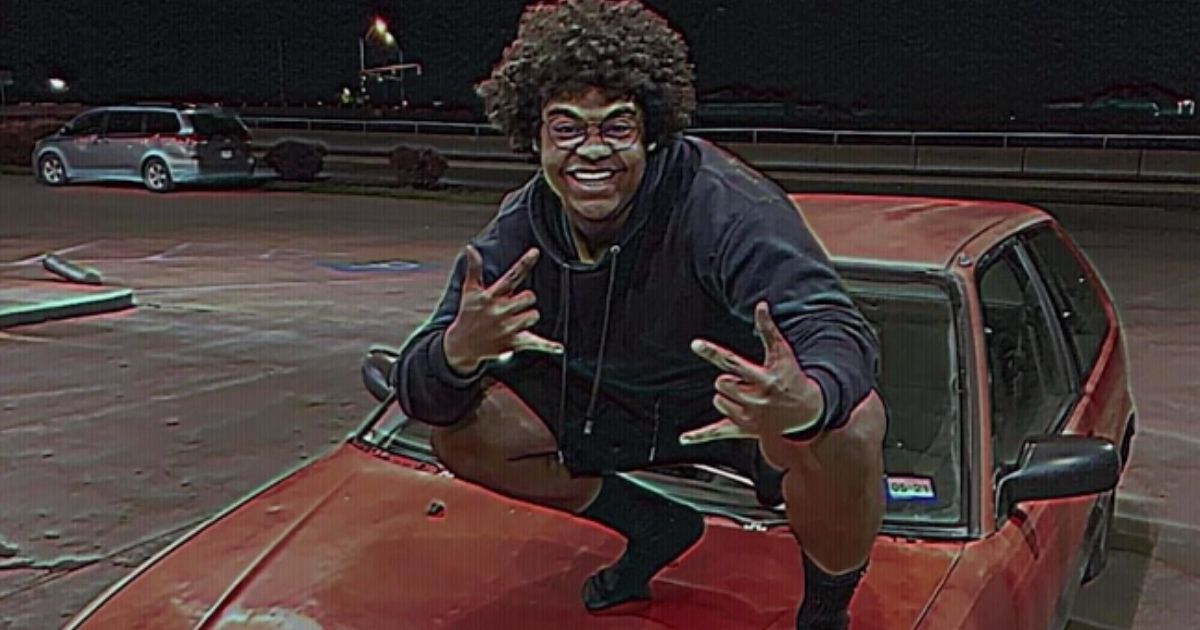 The following article, Road Rage Punk Pulls Gun, Realizes His Mistake When Man Draws and Leaves Him Dying on the Road, was first published on Flag And Cross.

When police wouldn’t call a man who was killed by a bullet on I-35 in Fort Worth, Texas, a victim, they had good reason: He was the author of his own demise.

On June 25, 19-year-old JaDerek Gray died after being shot by a man in an SUV, according to KTVT-TV.

Others on the interstate said Gray was driving a motorcycle between two lanes of traffic — an illegal maneuver in Texas — when the SUV driver, unaware of his presence, began to change lanes.

While the two didn’t collide, Gray zoomed ahead and then parked his bike, bringing traffic to a standstill as a road rage incident played out.

Isel Valenzuela said Gray blew by him, and “just a few seconds later I hear some gunshots.”

Gray was shot multiple times and began asking motorists for help. Valenzuela had a trauma kit, so he tried to treat Gray’s wounds until paramedics arrived three minutes later.

“There’s no doubt that he parked his bike, got off of it and went and approached the other vehicle,” Valenzuela said.

According to KTVT-TV, after Gray stopped traffic he began walking toward the SUV with a gun drawn.

The driver told Gray he had kids in the vehicle, but Gray allegedly kept his gun pointed at him and advanced toward the car.

“The driver of the SUV asked him to please put the gun down,” Fort Worth police officer Tracy Carter said, according to KDFW-TV.

Police said that’s when the man drew his own gun and shot Gray.

Gray also fired his weapon during the incident, Carter added, but he didn’t hit anyone.

KDFW-TV reported that the driver was the first person to call 911, that he hasn’t been charged with anything and that he appears to have acted in self-defense.

“When you’re on 35 and you’re on the freeway and you have a disagreement with someone, it’s OK. Let it go. Just keep driving,” Carter said.

That’s obviously the best solution. If that doesn’t happen, however, you hope to be in a place like Texas where the government doesn’t get in the way of your Second Amendment rights.

This could have been far uglier if this man — presumably the children’s father — hadn’t been in a position to protect himself, his kids and everyone else on the road.

Continue reading: Road Rage Punk Pulls Gun, Realizes His Mistake When Man Draws and Leaves Him Dying on the Road ...

Another case of proper gun control. Keeping America safe from the criminals.