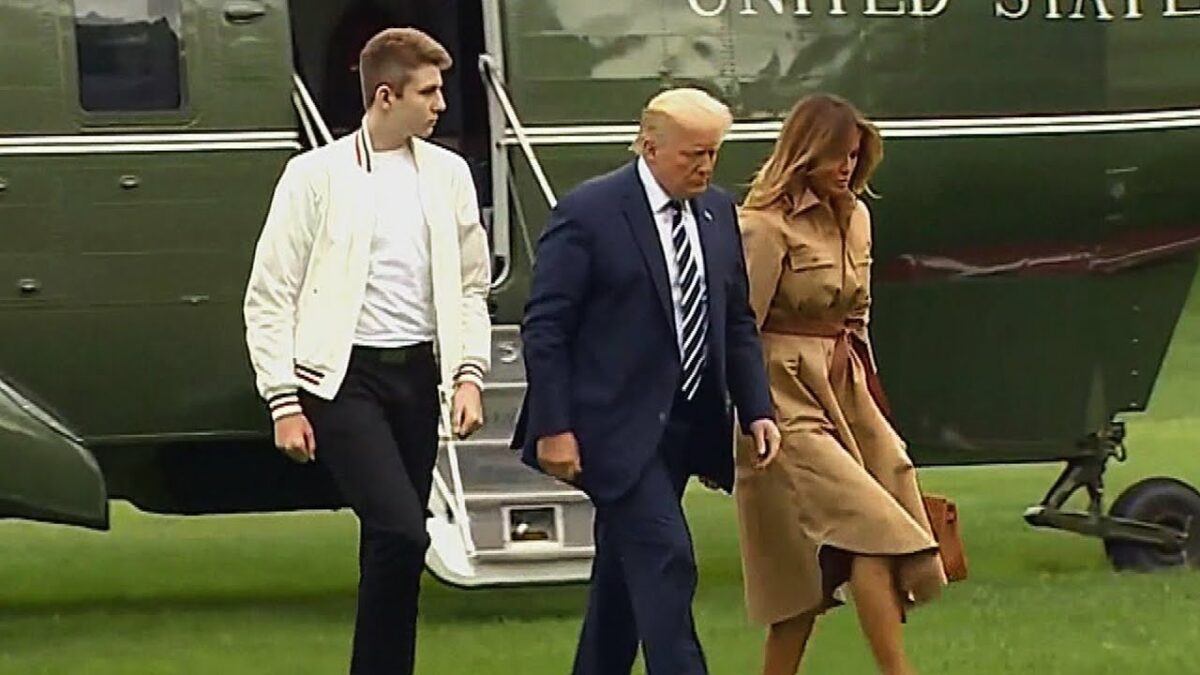 The following article, Photos: 6-Foot-7 Barron Trump Towers Over Melania as They Leave Trump Tower in NYC, was first published on Flag And Cross.

Barron Trump is 6’7″ — over a foot taller than the average 15-year-old pic.twitter.com/Xm6b0suFWL

While Barron was rudely mocked by Trump haters during his dad’s tenure as president, his surprise appearance Wednesday ignited a rare, pleasant reaction from most Twitter users.

The teen’s height was a trending topic on the platform for much of Thursday. Most commenters put partisan grousing aside and joked good-naturedly about his dramatic growth spurt.

The unprecedented growth of Barron Trump depicted with cats pic.twitter.com/0yole3qDZU

somebody has to stop barron trump before he levels up again pic.twitter.com/8kScSHHPvo

One Twitter user joked that Barron has a promising future as the head of the Environmental Protection Agency since his imposing height makes him a doppelganger for the Jolly Green Giant.

#BarronTrump finds future peace as head of the EPA. pic.twitter.com/x5nSmaajhD

Many Twitter users said they would love to see Barron in the NBA.

Barron Trump would have a godlike NBA run. That boy is built like a tank.

What happens if Barron Trump becomes the NBA GOAT?

He will be our tallest President later in my lifetime. https://t.co/HRsWgtpOZ8

Barron’s height was a frequent topic of public fascination during his dad’s White House tenure.

This is how tall the teen was in August 2020. He appears to have grown several inches since then.

It’s not surprising that Melania and Barron were spotted this week at the family’s longtime residence in Trump Tower because that’s where they lived for years before the former president moved into the White House.

Trump will spend this summer based out of his New Jersey golf resort, sources told the Daily Mail.

There, the billionaire mogul will mull his political future, which could include a 2024 run for president.

So far, Trump has been uncharacteristically coy about whether he will run again. However, he has hinted very strongly that he’s leaning toward doing it.