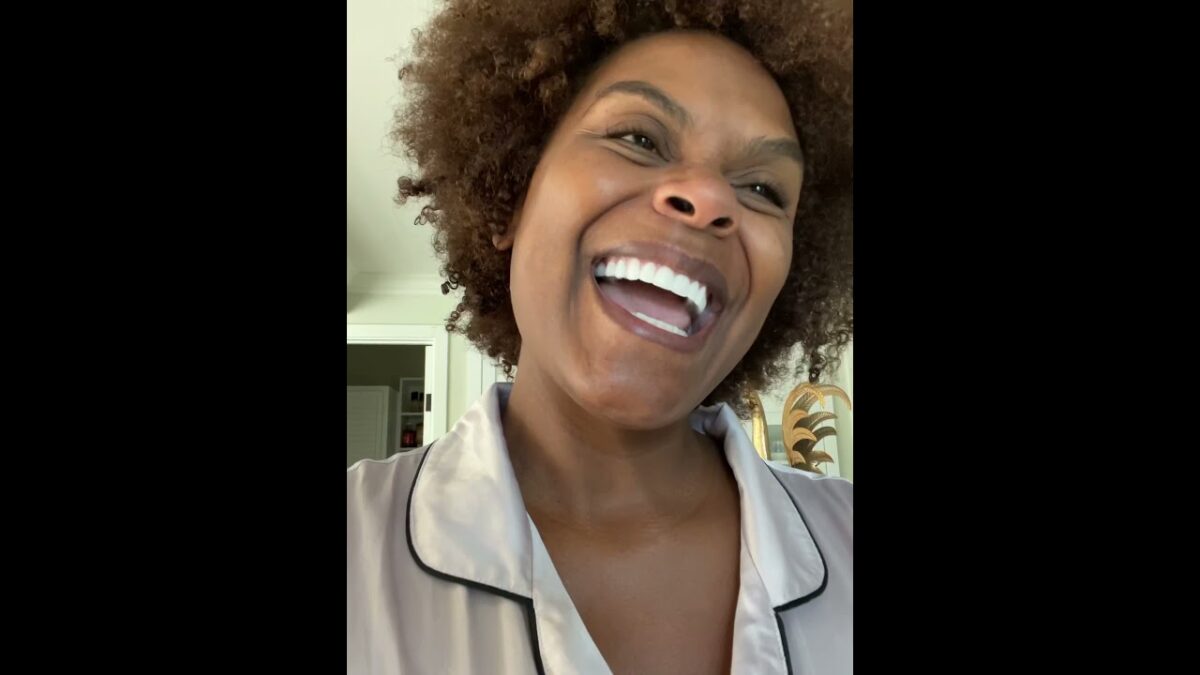 Marriage is not an institution that permits people to focus on themselves, as vowing to journey through life with another person comes with certain responsibilities.

From the moment a couple takes each other as husband and wife, their individual needs cease to be a priority. Matrimony means vowing to care for another person and, more often than not, the relationship requires people to sacrifice their happiness for the sake of their spouse.

In a culture that seems to focus more on the self and individual needs, however, this concept might seem hard to understand. But for people such as Christian actress Tabitha Brown and her husband, it appears that mutually supporting one another has helped their marriage thrive.

The actress opened up in a June 26 video on her YouTube channel about the private life she shares with her husband, explaining how the two of them encourage each other to dream.

According to Brown, she and her husband, Chance, moved to Los Angeles in 2004 so she could pursue a career in show business.

With no family nearby and little money to support them, Brown’s husband eventually took a job as a police officer so she could chase her dreams without worrying about their income.

After struggling for years to become a working actress, Brown finally achieved her goal. But instead of seeking ways to bring further success upon herself, she decided it was her turn to financially support her husband’s dreams.

“And it’s something else. It’s time for a new journey, a new chance at life, right?”

While Brown’s story perfectly encapsulates how spouses must take turns caring for one another, the actress’ marriage was criticized by a fellow female in the entertainment industry.

During a July 1 segment on her talk show, media personality Wendy Williams dismissed Brown’s positive outlook about her husband pursuing his dreams, predicting it would lead to a bad future for the couple.

“Nope. I was married to one of those. You know, ‘I make the money and so on and so forth,’” Williams said. “‘Go live your dreams, buy a business, stay with me, but go, go, go.’ You see how that turned out.”

“I predict that this marriage is going to be on real rocky ground in a moment,” she added.

The media personality also predicted the couple will lose their money investing in Chance’s dreams, anticipating that it will be “swindled or stolen.”

“Then they invest again, then he comes home and throws his bag down and she’s like, ‘What?’ What?” Williams said.

“And he’s like, ‘I can’t do this. And this is your fault. You know, you’re over here making all your money and stuff, you had me quit my job, and I can’t find my ‘live like a child.’”

While it is difficult to say for certain, it seems Williams was projecting the struggles she faced during her marriage and eventual divorce onto Brown.

As The Insider reported, Williams was married to her former manager, Kevin Hunter, for 21 years. But in 2019, their divorce was finalized after she filed, allegedly due to Hunter’s infidelity and abuse.

It seems that Brown recognized Williams’ actions likely stemmed from the hurt Williams had sustained from her past marriage. Which is probably why, despite the cruelty of the media personality’s words, Brown chose to respond with grace.

“Wendy, the pain you must be in to feel this way, honey, I’m so sorry,’” Brown said in a July 1 YouTube video.

Brown made it clear that, for the past 23 years, she and her husband have struggled and succeeded together. She went on to say how this current development in their relationship was all part of the agreement they made to support each other’s personal goals.

But the actress did not take full credit for the stableness of her marriage. Instead, she credited God for the many blessings He had bestowed upon her and her husband.

“And that is how it remains successful; we keep Him first,” the actress said.

“He is first in our marriage. Not money, not business, not success, but God. He’s first.”

Brown then said she prayed that Williams would find true love one day, the kind that “holds you tight.”

The institution of marriage demands a lot from couples, but those who are willing to put in the hard work are more likely to reap the benefits of their labor.