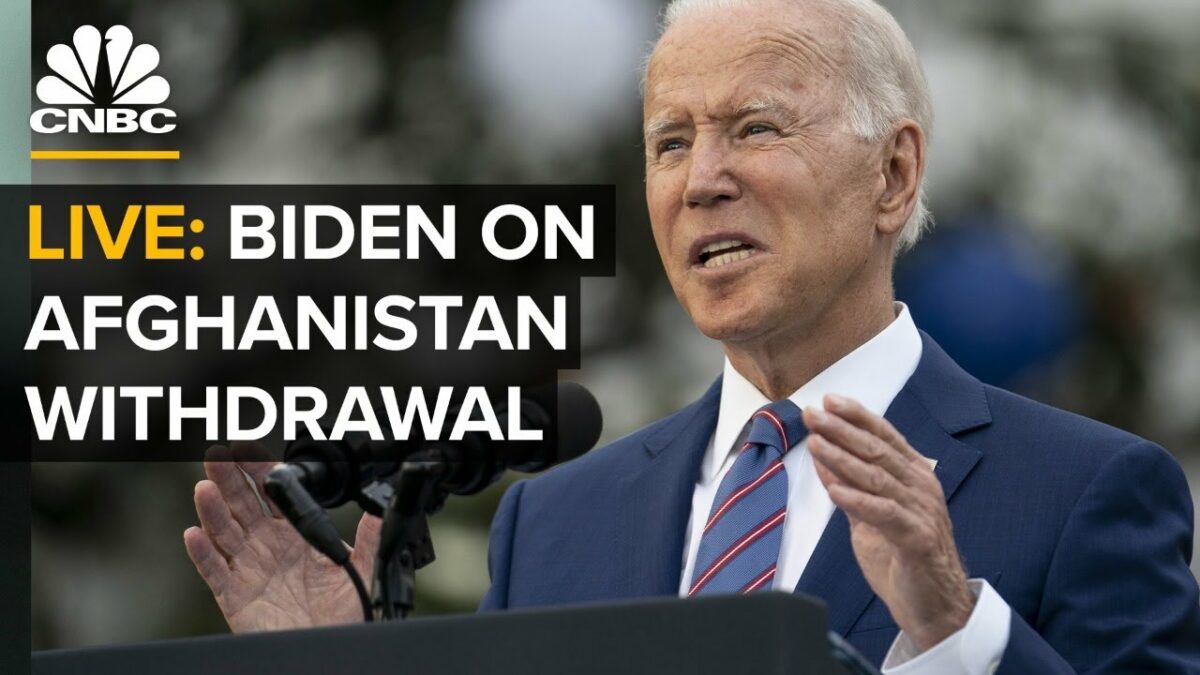 The following article, Joe Biden Looks Confused, Forgets His Own Quote, Then Gets History Wrong in Speech, was first published on Flag And Cross.

Senile Joe Biden is at it again, revealing that his mental faculties are completely gone when on Thursday he tried to give a speech in which his brain locked up for what seemed like forever before he botched his own quote and then got history wrong.

Biden was trying to talk about the U.S. engagement in Afghanistan when he suddenly stopped dead in his tracks, stood there unable to speak, and looked confused as he tried desperately to remember what he wanted to say.

At one point, as he answered questions from the press after his announcement that the U.S. is pulling out of Afghanistan, Biden said, “We went for two reasons. One, to…” And then he froze, looking off in the distance trying to remember what he wanted to say.

After an uncomfortable pause in which it was clear he just couldn’t get his brain to work, he finally added: “Bring Osama bin Laden to the gates of hell.”

This is a botch of his own catch phrase. Biden has several times in the past formulated the Afghanistan mission as “following bin Laden to the gates of hell—and we got him.”

He went on Thursday to mumble that he supported the mission to end Osama bin Laden.

Regardless of what he meant to say, it is all false history. Biden did not support the invasion of either Iraq or Afghanistan. In fact, he was one of the few to counsel Barack Obama not to approve the mission to get bin Laden.

In 2012, for instance, ABC News reported that “Vice President Joe Biden confessed this weekend that he advised President Obama not to launch the mission that ultimately killed Osama bin Laden last spring.”

“During remarks at a Democratic congressional retreat this weekend, Biden explained that when it came time to make the final decision, he had some lingering uncertainties about whether the 9/11 mastermind was in the suspected compound in Pakistan,” ABC continued.

“He got to me. He said, ‘Joe, what do you think?’ And I said, ‘You know, I didn’t know we had so many economists around the table.’ I said, ‘We owe the man a direct answer. Mr. President, my suggestion is, don’t go. We have to do two more things to see if he’s there,'” ABC said that Biden told them.

So, on Thursday, not only did Joe Biden muff his his own catch phrase about his support for going after Osama bin Laden, his fake news isn’t even true.

Continue reading: Joe Biden Looks Confused, Forgets His Own Quote, Then Gets History Wrong in Speech ...