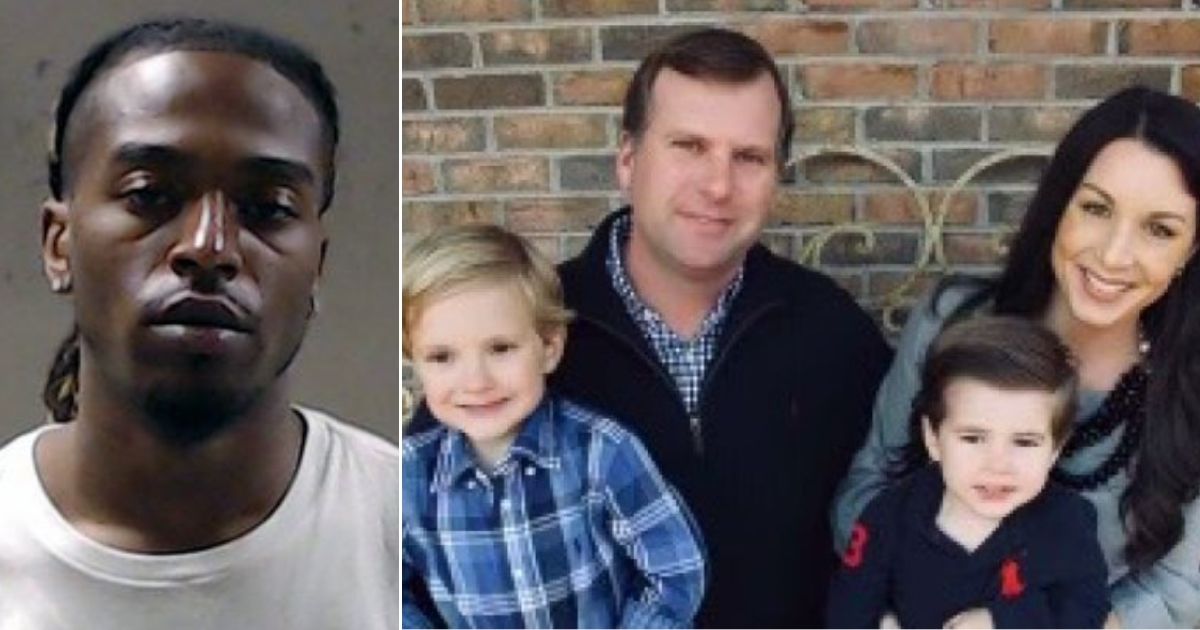 The following article, Golf Pro Found Murdered at 10th Hole, US Marshals Task Force Now Has Suspect in Custody, was first published on Flag And Cross.

Six days after three bodies were found on a Georgia golf course, police have arrested an Atlanta man in connection with the crimes.

Bryan Rhoden, 23, of Atlanta, was captured Thursday and charged with three counts of murder, three counts of aggravated assault and two counts of kidnapping, according to The Atlanta-Journal Constitution.

Rhoden was arrested by a U.S. Marshals-led Southeast Regional Fugitive Task Force in Chamblee, Georgia, which is about 25 miles from the Pinetree Country Club in Cobb County where three bodies were found Saturday, according to WAGA-TV.

Police said Rhoden was arrested without incident did not turn himself in.

Local golf pro Gene Siller, 41, was found shot to death near the 10th hole. Police have said they believe Siller was shot in the head after he approached a truck that had ended up on the course.

Henry Valdez, 46, of California, and Paul Pierson, 76, of Kansas, were later found in the bed of a white Dodge pickup that was stuck on the course.

Cobb County Police Chief Tim Cox said Rhoden was believed to be the “lone shooter”  in the case, according to WAGA.

“We definitely feel confident there was no relationship between the shooter and Mr. Siller,” he said.

Police were still trying to determine connections between the suspect and the other two victims, Cox said. The truck in which the bodies were found belonged to Pierson.

Cox said police are rationing information for the time being.

“As this remains an active case and investigation, we will be limited on the amount of information or details we can release,” he said. “But with the suspect in custody, our investigation will continue to work the case to its completion and move it forward to the Cobb County District Attorney’s Office for prosecution.”

Cox said he was aware the killings caused concern in the community but said police did not want to share information that could have jeopardized the case.

“I realize some members of the community felt some frustration, they felt like they had limited information and I can respect that feeling. From the perspective that I’m at, I knew we had a mission to come to a successful conclusion to this and provide a form of justice to the Siller family. And the successful arrest and prosecution was our highest priority and that’s what we were focusing on,” he said.

Rhoden had been arrested by the Chamblee Police Department on Saturday on charges of driving under the influence and providing a false ID, as well as other vehicle and traffic charges. He was later released on bond.

Cox said Rhoden had come to the attention of police did not share the details.

“At this point, I don’t want to discuss what all we knew at that point, because like I said, the investigation is still continuing, and we’re actually involved at this moment with discussions,” the chief said.

The Georgia PGA and PGA of America offered condolences to Stiller’s family over the weekend.

Tragedy has stricken the Georgia Section PGA in the loss of our Member, Gene Siller. Thoughts and prayers for his family and the Pinetree Country Club family.

A statement from PGA of America President Jim Richerson. pic.twitter.com/mWKbqto6Gd

A fundraiser for the family was set up on GoFundMe, and it had taken in more than $671,000 in donations as of Friday morning.