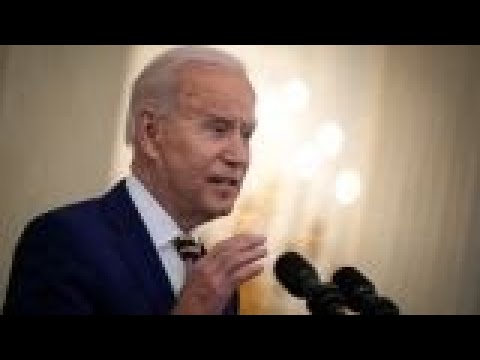 The following article, Watch: Biden Can't Help Himself, Asks Little Girl, 'How Old Are You? 14?', was first published on Flag And Cross.

In the spring of 2019, as the election cycle which would culminate in Joe Biden becoming president was just lumbering into first gear, there was a grinding sound from Biden’s transmission in the form of an old scandal.

For years, Republicans had noted the former vice president’s rather creepy behavior around women — smelling hair, getting touchy-feely, that sort of thing. Felicitously, just as it became profitable for the liberal media to mention these public clips, a former Nevada state lawmaker — a Democrat — came forward with an accusation that Biden touched her inappropriately and kissed her on the head back in 2014. Other women followed.

At the time, Biden issued what could best be called a mea sorta culpa: He agreed he’d violated women’s “personal space” in the past, but didn’t outright apologize for it.

“Social norms have begun to change,” Biden said in a video posted to social media at the time, adding that “the boundaries of protecting personal space have been reset and I get it. I get it.”

This raises the question as to what Joe Biden really “got.”

If by “I get it,” Biden meant, “I’m not going to sniff women’s hair and kiss them before campaign events in Nevada,” by all accounts he’s kept that pledge. If by “I get it” what he meant was, “Don’t be creepy,” that hasn’t panned out so well.

Nowhere was that more evident than in Crystal Lake, Illinois, on Wednesday.

According to an itinerary published by WMAQ-TV, Biden was visiting the region to pitch his American Families Plan at McHenry County College. The White House, according to WMAQ, said he would also take a tour “to see how his Build Back Better agenda will help students and educators” and then give a speech.

Before his speech, however, he visited a children’s learning center at the college which was, according to a stream of the event, meant primarily to aid student parents at the school.

During one part of the visit, he homed in on a child at a table. “By the way, you know what? You’ve got to take care of mommy, right?” The child seemed to nod.

Just in case you’re wondering, this doesn’t make a whole lot more sense in context. He was talking about the child care tax credit that the Democrats are pitching as part of the plan.

As a standalone incident, it would hardly be worth mentioning. An older gentleman, a grandfatherly type, makes an innocent joke with a young girl that’s intended as a compliment too — what 4-year-old wouldn’t be flattered to be thought of as 14? But this isn’t a standalone incident by any means.

In fact, Biden had used the same line on a similarly aged girl only moments earlier (about the 7:50 mark in the video above).

When it comes to dealing with women and girls, Biden lost his presumption of innocence a long time ago.

The context that gives a creepy tint to these remarks comes from these sorts of clips from his vice presidential days and beforehand:

Is it a joke? A rule. A requirement. A demand?

Why shouldn’t a young women be able to date until she’s well-past maturity?

Former VP Biden has said it so much, a montage exists. pic.twitter.com/SdWqn8mSIa

If that wasn’t disturbing enough, in this clip, Biden not only touches a young woman but smells her hair, kisses her, whispering something into her ear, only to tell her “see you back home, I hope” after visibly creeping out her and who I assume is her mother. pic.twitter.com/WrFLWmAPFJ

In this clip, Biden swears-in (R) Senator Jim Risch. During photographs, Biden touches Risch’s daughter, specifically asking to take a photo alone with her. You can hear Risch say “Dad’s going to stand pretty close.” (I wonder why?) Biden even jokes and says, “If I was young…” pic.twitter.com/LLqJ4guU0q

Richard Armande Mills, now with Turning Point USA, even managed to capture what seemed to be one of these moments with Hillary Clinton:

No woman is safe from Joe Biden’s creepy disposition. Not even Hillary Clinton herself. Watch as he awkwardly embraces her for a particularly long amount of time. She keeps patting his arm as a gesture to let go, but he refuses. pic.twitter.com/u9YQilkON3

These moments haven’t stopped now that Biden’s become president, by the way. In June, Biden had outgoing Israeli President Reuven Rivlin to the White House for a send-off.

“Well, I’m really happy to have President Rivlin here,” Biden said to kick off a bilateral briefing. Then, just moments into it: “And I don’t want to — it’s not technically appropriate, but I —- I’m so delighted his daughter is here,” he continued. “She’s in the back right there. And I got to — I got to meet her and talk about our kids and grandkids and all the like.”

That makes a woman feel comfortable.

The difference is that these moments received minimal coverage before the presidential race. Then they became fodder for the grist mill when establishment media had plenty of Democrats to pick from — and, quite frankly, ol’ Uncle Joe seemed a bit ossified and boring at the outset of the campaign.

As it became clear the Democrats were going with ossified and boring, the inappropriate touching and the comments receded into the background — and there haven’t many opportunities for Biden to similar faux pas in 2020 or 2021 thanks to the year of social distancing.

There’s been no evidence in the interim that Biden truly “get[s] it,” whatever “it” represented. Now, the media just pretends creepy remarks don’t exist — exercising a presumption of innocence that Biden’s behavior, documented in a lengthy video record, no longer deserves.

It’s not because they have so many other things to cover, either. Here’s the second graph of local Chicago outlet WGN-TV’s coverage of Biden’s visit to Crystal Lake: “There was hope at a downtown Crystal Lake ice cream shop that the President would make an unplanned visit, although inclement weather forced Biden to get back to O’Hare and on the way back to Washington.”

‘Tis a pity. I hear he was going to splurge on a triple helping of chocolate chips instead of his usual double.