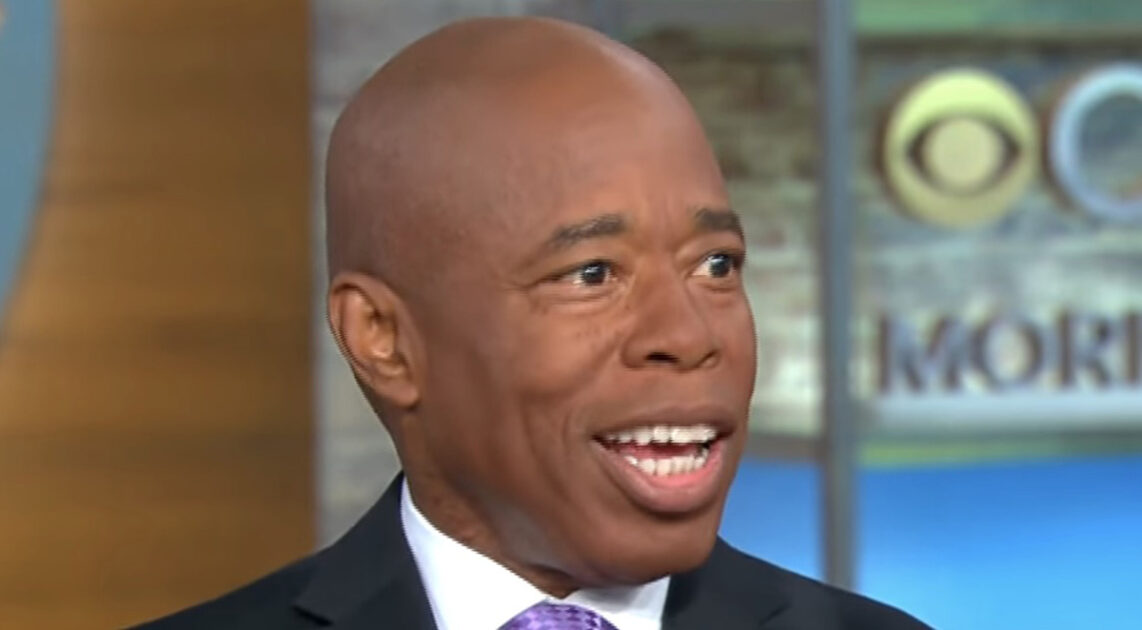 In a shocking turn of events, voters in New York City’s Democrat primary gave the win to a pro-police, tough on crime candidate over the left-wingers who were running to fill the top job at city hall.

CBS News noted that Brooklyn Borough president Eric Adams won the wacky Democrat primary in the Big Apple this month. It is now likely that Adams will become the next mayor of New York since Democrats outnumber Republican voters six to one.

He jumped out to a lead on primary night as the first choice of voters who cast ballots during in-person voting. Adams held on to that lead as various rounds of ranked-choice voting tallies were conducted.

The Board of Elections released updated results on Tuesday night that included the bulk of absentee ballots and showed Adams ahead of his closest rival, former New York City Sanitation Commissioner Kathryn Garcia, by 8,426 votes

“While there are still some very small amounts of votes to be counted, the results are clear: an historic, diverse, five-borough coalition led by working-class New Yorkers has led us to victory in the Democratic primary for Mayor of New York City,” Adams said Wednesday. “Now we must focus on winning in November so that we can deliver on the promise of this great city for those who are struggling, who are underserved, and who are committed to a safe, fair, affordable future for all New Yorkers.”

The win is a slap in the face to the left. Adams is not only a former Republican he is also a former New York City Police officer.

The leftists did their best to run good little socialist candidates. And they lost.

Are we seeing the first signs that the hardcore left has finally overplayed its hand? Are enough Democrat voters finally starting to get tired of the far left controlling their lives and their party?

Maybe the New York City election is the canary in the Democrat’s coal mine?