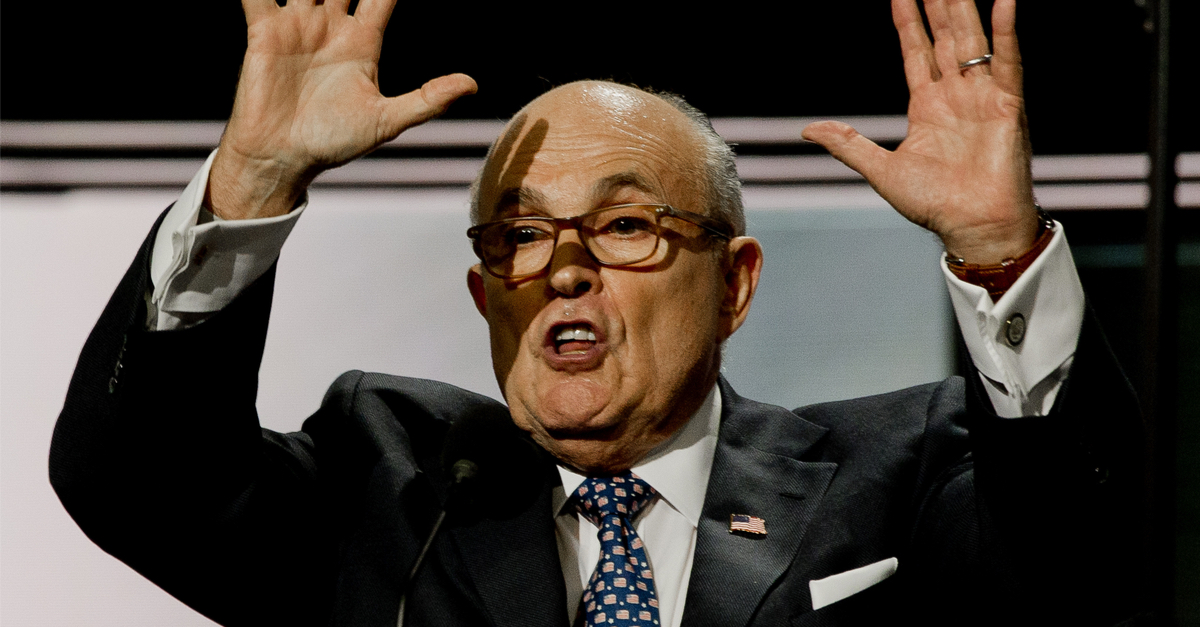 Donald Trump may be out of office, but that hasn’t gotten him or any of his close confidantes out of the crosshairs of the liberal left.  In fact, now that the former President is back in civilian life, there are many who seem to believe that he and his crew are easier targets.

This includes former Trump lawyer Rudy Giuliani, who last week saw his license to practice law suspended in New York, with authorities citing his beliefs on the 2020 election as reasoning.

Now, Washington DC has jumped on the bandwagon.

The move is a reciprocal one.

The action from the D.C. appellate court is required under the city’s bar rules whenever a lawyer faces disciplinary action in another jurisdiction.

In a 33-page decision, the New York court panel wrote that “there is uncontroverted evidence that [Giuliani] communicated demonstrably false and misleading statements to courts, lawmakers and the public at large in his capacity as lawyer for former President Donald J. Trump and the Trump campaign in connection with Trump’s failed effort at reelection in 2020.”

Giuliani is also facing pushback from the Trump team this week, after being denied payment for his services during the 2020 election aftermath.