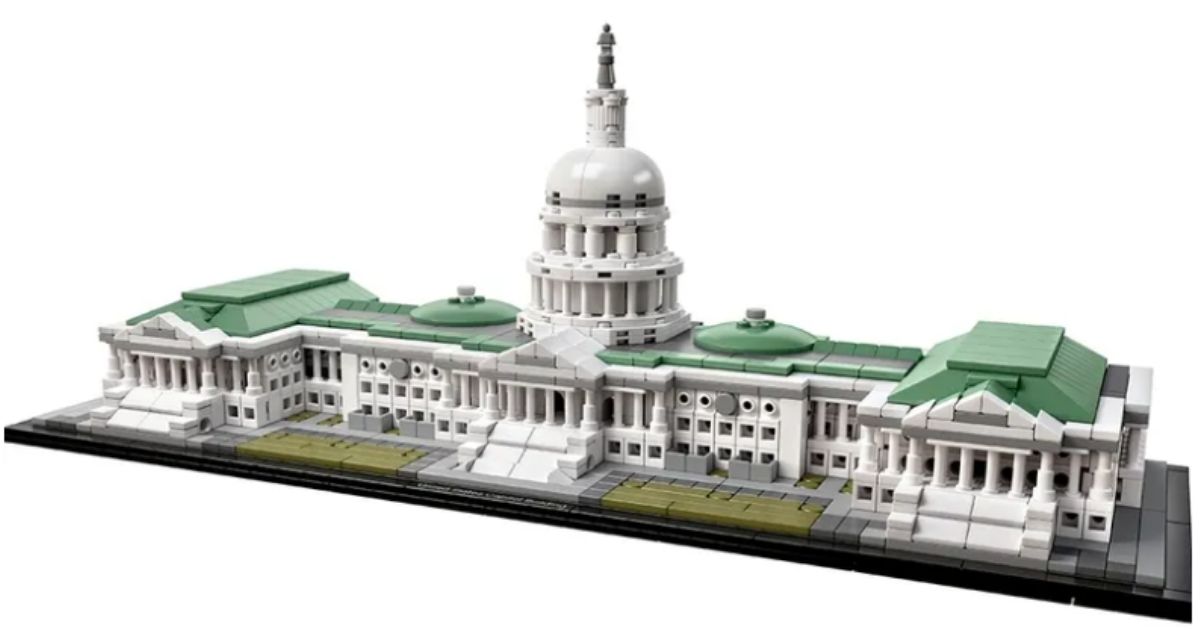 The following article, FBI Seizes US Capitol Lego Set, Holds It as Evidence Against Man Accused of Role in Jan. 6, was first published on Flag And Cross.

When federal agents arrested a Pennsylvania man in connection with the Jan. 6 Capitol incursion, they also took his Legos.

Robert Morss, 27, of Glenshaw, north of Pittsburgh, was arrested by federal authorities last month for his role in the incursion. According to a Justice Department news release on June 14, he was charged with assaulting, resisting or impeding certain officers; obstruction of an official proceeding; civil disorder; and robbery of personal property of the United States.

According to the release and a criminal complaint released by the Justice Department, Morss “grabbed an officer’s baton and tried to rip it away. He is seen again attempting to rip items, including a metal fencing barricade and a helmet visor, from the hands of officers.”

The criminal complaint against Morss accused him of being part of a group that forced open a door inside the Capitol, injuring a Metro police officer.

A court document filed in support of his detention said Morss “repeatedly led and organized multiple assaults against law enforcement. He led and completed these assaults on multiple officers, despite the fact that he was in an extremely public setting, around people filming his behavior, and in the presence of many additional different law enforcement officers.”

As proof of the heinous nature of his crimes, federal authorities cited items found when they raided Morss’ home.

“Law enforcement also recovered a fully constructed U.S. Capitol Lego set,” the court document said, without explaining how having the 1,032-piece set was a criminal offense or what role it had in the events of Jan. 6.

The seizure of Legos drew mockery.

“As any historian worth his weight in little multi-colored plastic bricks will tell you, Legos were used in some of the most significant and evil plots in history,” political satirist Tim Young told Fox News.

“The fall of Rome — Legos; plotting the transportation of slaves to America — Legos; the battle of Gettysburg, Confederate army only — Legos; the Holocaust — Legos. I could go on and on,” Young said.

“It just makes sense … the FBI clearly needs to collect any toy for children 8 and up to complete their investigation.”

Is the suggestion that this guy planned the riot using toys the way Doc Brown planned to send Marty back to the future? In that case, is Trump off the hook for inciting it by telling everyone to go home in peace? https://t.co/hye0m3bB7h

“Law enforcement also recovered a notebook from his car with writings that included ‘Step by Step To Create Hometown Militia,'” the court document said.

The notebook included “a list of names, a list of equipment, and a list of steps, such as ‘Battle Drills’; ‘Ambush’; and ‘Formations.’ The relevant pages, which are pictured below with names redacted out, also included notes such as: ‘Bring Kit/Body Armor’; ‘Bring Assault Rifle’; ‘4 Magazines,'” the document said.

Even as the Justice Department argued to keep Morss locked up, it noted, “The government recognizes that the Defendant has no prior contacts with law enforcement. All of which weighs in favor of release. In addition, his steady housing and community connections weigh in favor of release.”

However, the Justice Department called him a risk to ignite future incidents, noting that he would not answer any questions after his arrest.

Morss is a substitute teacher in the Shaler Area School district, according to the Pittsburgh Tribune-Review. He teaches social studies at the middle school and high school levels.

Continue reading: FBI Seizes US Capitol Lego Set, Holds It as Evidence Against Man Accused of Role in Jan. 6 ...

So the fact that he exercised is right to remain silent it is being argued that this should be used against him to keep him incarcerated.