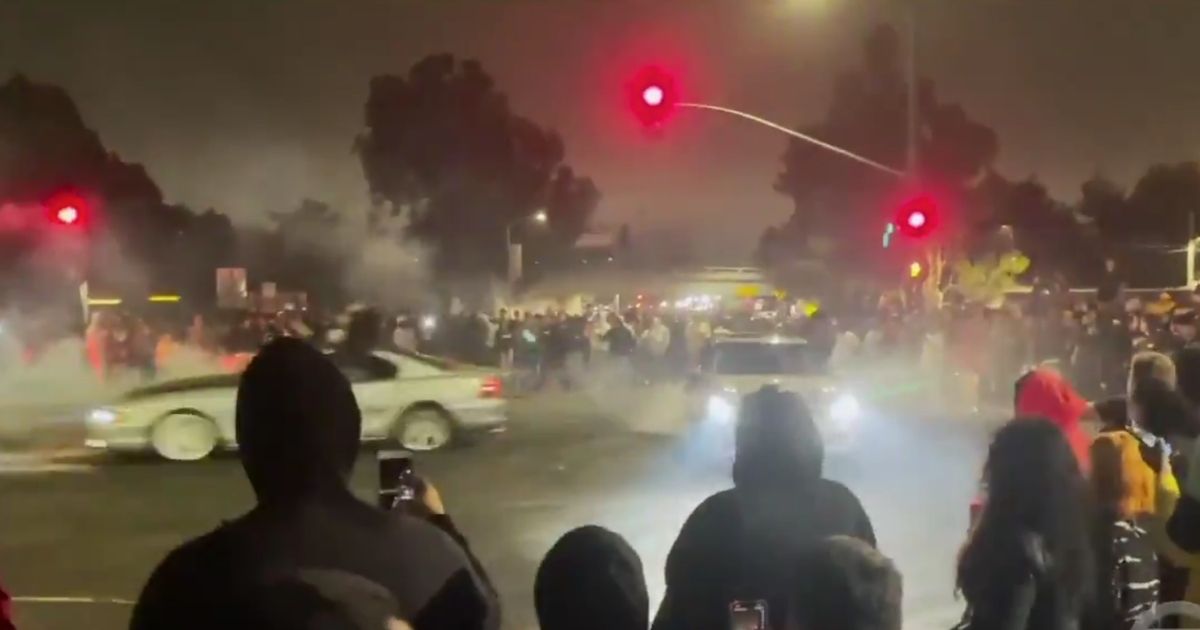 The following article, Dem-Run Oakland, California, Ran Out of Ambulances Because July 4 Violence Was So Intense: Police, was first published on Flag And Cross.

The violence in Democrat-run Oakland, California, was so so widespread on the Fourth of July that the city experienced a shortage of ambulances, according to local police.

As Democrats in Washington attempt to flip the script and blame Republicans for their “defund the police” movement and the support of it from high-profile leftists, the evidence of what these people have done to America’s cities is deadly and undeniable. Crime is soaring nationwide in Democrat-run cities, and in Oakland, a city already known for its violence, things are no different.

Independence Day was a day of violence where people who were shot or injured in other lawless acts had to wait for help as first responders simply didn’t have the resources to get to them.

How bad was it in Democrat-run Oakland? According to KPIX-TV, the Fourth of July was described by police as “12 hours of non-stop chaos.”

“The Fourth of July reeled into ’12 hours of non-stop chaos’ Sunday night with several victims wounded by celebratory gunfire, a homicide and a massive sideshow marred by gunfire,” the outlet noted. “The night culminated at the sideshow, where more than 200 participants pelted police officers with debris and flashed them with hand-held lasers.”

“If you look at the shoot period of time of six hours with six shootings, that requires a lot of resources,” he said. “That was difficult and officers had to run from scene to scene.”

“This was 12 hours of non-stop chaos,” he added. “This is one of the most violent July Fourths I can remember.”

Armstrong said his department’s officers were stretched thin and did the best they could.

“We are dealing with challenges. Celebratory gunfire led to the vast majority of these shooting and injuring others,” he said. “The last 24 hours has been very difficult in the city of Oakland.”

One major issue was a shortage of potential lifesaving ambulances in the Democrat-run city. Armstrong commented on the shortage.

“That just goes to show you to the level of violence that we were managing that we didn’t have ambulances available to help to come and provide medical support it was taking them a significant amount of time to get there,” he said. “That even concerned our officers.”

Seven people were shot in a 12-hour period as others were injured by lawless people in cars and on foot. Three-hundred cars and 200 people watching them were part of what KPIX called a “massive sideshow.”

This massive sideshow is just one of the many incidents #Oakland police responded to on 4th of July. Police say there were at least 300 cars involved and one man was critically injured when he was hit by a vehicle. https://t.co/o063LsO5Al pic.twitter.com/A3LsDm1r6E

The result from the night’s celebrations? Four men and one woman were shot, while a teenager was shot in the head. Another person was killed by “blunt trauma to the head.”

This was all predictable, and much of it could have been averted. Democrats and other leftists on the city council of course last year voted 7-2 to partially “defund” the police.

“Unfortunately, [the budget] also cuts 50 police officers who respond to Oaklanders’ 911 calls and enforce traffic safety. It also cuts much-needed future academies, which will significantly reduce police staffing and delay response to Oaklanders in their time of crisis,” Schaaf said. “It will force our officers to work even more overtime shifts, which are expensive and unsafe for officers and residents alike.”

The mayor’s objections went unheard, and this past weekend the city became so violent that police officers and paramedics were overwhelmed. People died or were maimed, and that probably could have been avoided.

Democrats so often portray their policies and ideas as compassionate, forward-thinking and “progressive.” In reality, the Democratic Party pushes policies and ideas that get people killed — and nothing more. Leftism is deadly. Leftism imprisons people, leaving them vulnerable to crime and poverty.

Where is the equity in a teenager being shot in the head? Where is the justice in a shortage of ambulances caused by a breakdown in leadership? Not many people in Oakland seem to be asking those questions.

We can go ahead and assume that had a teen in the city been shot by police officers while pointing a firearm at them, we’d all have seen a riot that had the full support of the Democrats and the establishment media.

Continue reading: Dem-Run Oakland, California, Ran Out of Ambulances Because July 4 Violence Was So Intense: Police ...