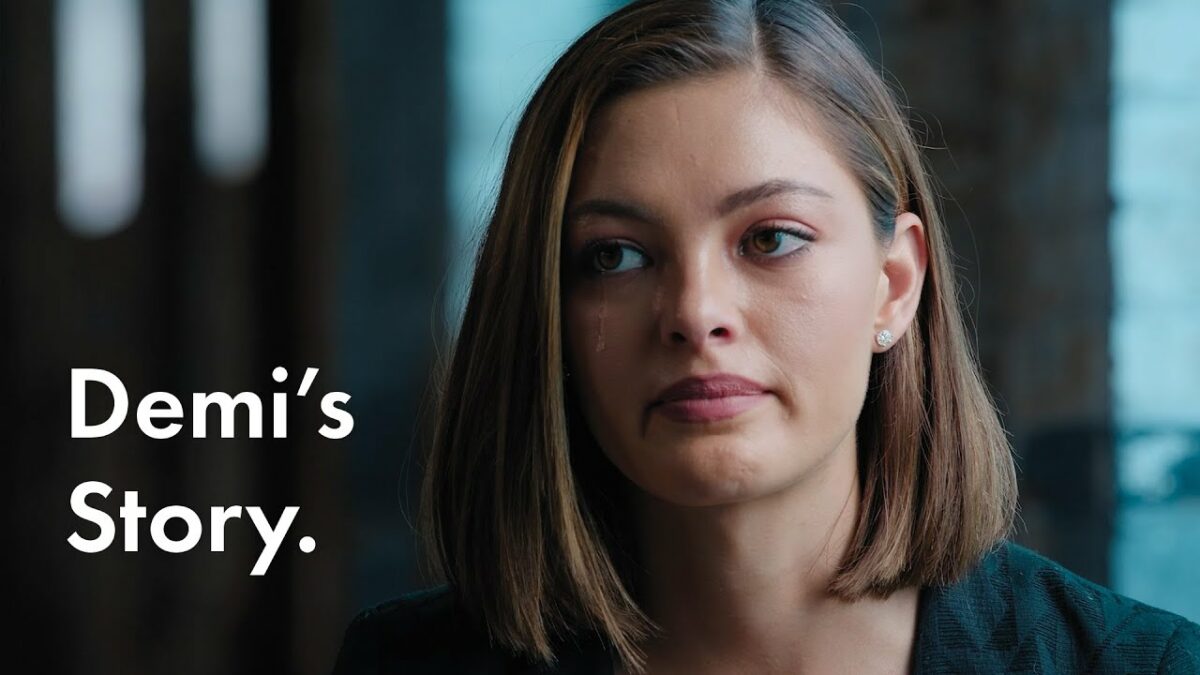 The following article, After Nearly Being Abducted, Tim Tebow's Wife Was Inspired to Help Human Trafficking Victims, was first published on Flag And Cross.

Personal experiences can be a powerful factor in motivating people to take up a cause, and Demi-Leigh Tebow, former NFL quarterback Tim Tebow’s wife, is no exception.

In an Instagram post last month, the 2017 Miss Universe winner announced that she was launching a birthday fundraiser on behalf of human trafficking victims.

Partnering with Her Song, one of the Tim Tebow Foundation’s anti-human trafficking organizations, the model initially sought to raise $26,000. According to a video that the nonprofit posted of Tebow on Facebook, however, the model and her supporters raised over $203,000.

Tearfully, Tebow thanked everyone for their generosity, saying how their support “means the absolute world to me.”

In another video that Tebow had shared on social media, she revealed the source of her passion for this particular issue. As it turns out, her desire to help vulnerable people comes from a deeply traumatic experience.

Four years ago and one month after she had won the title of Miss South Africa, the model found herself in desperate need of a rescue.

While she was sitting alone at a traffic light in the car she won from the competition, five armed men suddenly approached her vehicle. Tebow was unsure what they wanted from her, but she decided not to risk her life trying to protect her belongings if that was what they were after.

“I put up my hands, I surrendered,” the model said.

“I gave them everything they needed, but the moment I tried running away, the guy on my side of the car grabbed me and he pulled me and he pushed me back into the car yelling at me, ‘Get in, you’re going with us.'”

Despite surrendering her possessions to them, Tebow refused to allow the men to take her as well.

The model recalled how she punched one of the men as hard as she could in the throat. The action was enough to stun him and provide Tebow with an opportunity to escape her potential captors.

In her six-inch heels, the model ran through the avenue during peak-hour traffic, looking over her shoulder to ensure the men were not shooting at her or attempting to give chase. As she ran, Tebow said, she knocked on multiple car windows, trying to find someone who could help her.

The near-abduction was “terrifying” enough, but she said the “worst part of the story” was when she tried to flag down what she thinks were at least 30 or 40 cars, and she was ignored.

Still, Tebow did not give up, and she kept running and knocking on car windows in search of a rescuer.

“I probably ended up at the next traffic light when I saw a small, old little car pull over to the side of the road with a young girl telling me, ‘Get in,’” the model said.

“And she let me into her car, and she took me to safety.”

Tebow does not know what would have happened if that 19-year-old woman had not stopped for her. Perhaps the men she had just escaped would have caught up and tried to grab her, but the model said that she tries not to think about it.

Instead, Tebow focuses on the gratitude that she feels toward the young woman who was willing to take a risk and help a stranger.

“And I will forever be grateful to her,” she said.

After sharing her story, the model urged those listening to be like her rescuer and receive those who come asking for help.

“So, you know what, don’t be that person that shoves someone away, that rolls up your car window when someone is begging you for help,” Tebow said.

“Be that person that leans over and opens up your car door, and lets that person in, and leads them to safety.”