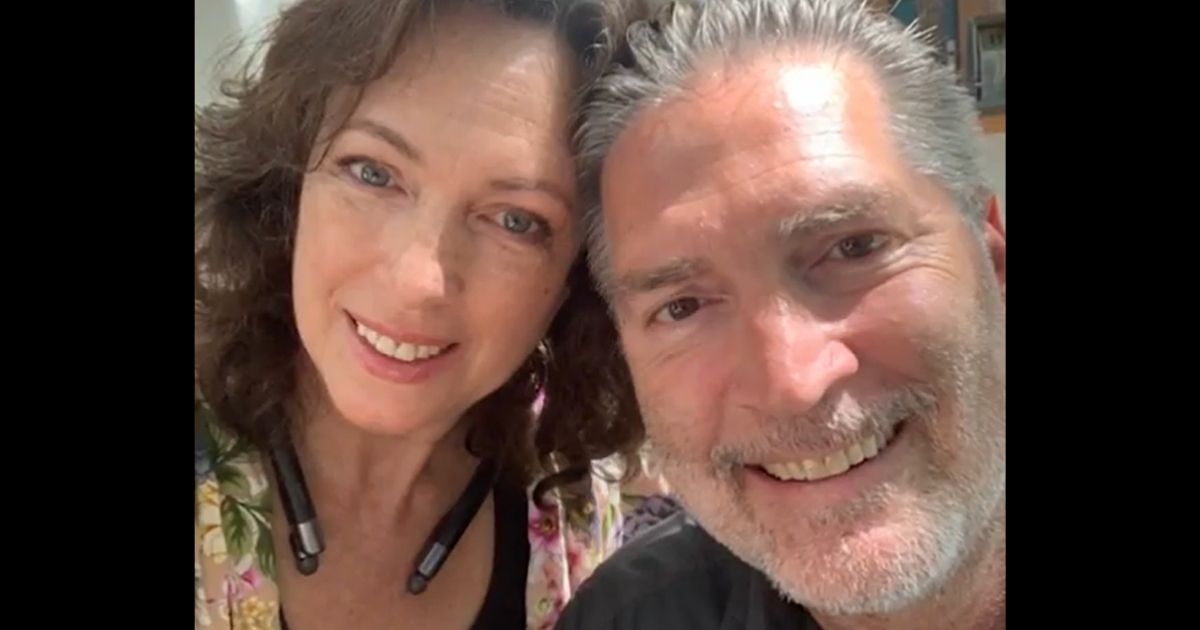 The following article, We Feel Like We're on a Terror Watch List: FBI Won't Stop Harassing Couple Who Never Entered Capitol on Jan. 6, was first published on Flag And Cross.

An Alaskan couple is still being targeted by the FBI after they attended the rally for then-President Donald Trump in Washington on Jan. 6, and the pair told Fox News on Tuesday that they feel like they’re on a terror watch list despite the fact that they never came close to entering the Capitol that day.

Paul and Marilyn Hueper previously disclosed how they had their house tossed by FBI agents earlier this year. They had phones and computers seized and even had a pocket copy of the Constitution taken from them.

This occurred after the feds had apparently mistaken Marilyn for someone who stole House Speaker Nancy Pelosi’s laptop computer during the Capitol incursion.

The Huepers have been adamant they did nothing wrong, and by all appearances, they haven’t.

No charges have been filed after the two exercised their First Amendment right to assemble so they could listen to Trump speak that day. Still, they said, they were harassed while traveling over the weekend.

The couple spoke about an Orwellian experience with the politicized FBI during an interview with Fox News host Laura Ingraham.

Ingraham introduced the couple by playing a clip of Republican Rep. Jim Jordan of Ohio recently pressing FBI Director Chris Wray for answers about the treatment of the Huepers.

“You kicked in their door. You held them at gunpoint, handcuffed them, interrogated them for four hours, took their phone, you took their laptop and you took a copy of their pocket-sized Constitution. Why’d you take the Constitution?” Jordan asked Wray.

After Wray told Jordan he couldn’t discuss the case, the GOP congressman said: “Is it a habit of the FBI to take Constitutions from people that you’re interrogating?”

“We just seize the evidence that is relevant to what’s in the affidavit, the search warrant affidavit,” Wray answered.

Ingraham noted that the affidavit was to look for information regarding “state of mind” with regard to the bureau’s investigation into the couple, whose only crime was being present in D.C. on Jan. 6 and supporting Trump.

“I think it’s indicative and frightening for us as Americans,” the woman said. She noted that she finds it “concerning” that something such as a pocket Constitution would be used by the FBI as “evidence.”

Paul Hueper then shared that beyond the obvious problems with their treatment by the FBI in their home, the couple traveled over the weekend and were harassed at multiple airports. The man said the FBI won’t let them go despite knowing they did nothing wrong.

“We just traveled recently, had every piece of our luggage torn apart. We missed three flights trying to get to San Francisco for a wedding and a funeral. And they went through everything, held us up, went through item piece by piece by piece,” he told Ingraham.

The law-abiding American citizen said he and his wife were harassed at airports in Anchorage, Seattle and San Francisco.

Paul Hueper agreed with Ingraham after she asked him if he feels as if he is on a terror watch list.

“Right, because you actually attended a rally and walked to the Capitol and didn’t even go into the Capitol? You are being treated like a domestic terror threat, is that the way it makes you feel like?” Ingraham asked.

“Absolutely. We feel like they are just completely harassing us,” he responded. “And they know that they have got the wrong couple, and they won’t let it go. They are just constantly digging, digging, digging and putting us on these terrorist lists and all of that, and checking over to make sure we don’t have any bombs on us twice over.”

“They sent us through security, sent us back through security a second time, and then, like I mentioned, met us at the airplane and went through our stuff for a third time. Crazy,” he concluded.

It’s apparent that if the Huepers had done anything wrong, they would now be in jail and stuck in solitary confinement. They are free — somewhat. While criminals roam around urban America committing crimes and potential national security threats enter the country through the open southern border every hour, the FBI is focusing on harmless Trump supporters who have done nothing wrong.

Of course, in today’s climate, people needn’t do anything criminal to be harassed by the country’s national law enforcement and intelligence agencies.

Those agencies are apparently run by deep-state leftists who have pivoted to political discrimination and abuse of their resources now that they’ve been given free rein to use the power of the federal government to go after people for thinking the “wrong way.”

We are now living in Joe Biden’s America, where no institution is safe from being weaponized against conservatives.

Merely more of the govt agencies being politicized and used to punish the democrat’s opponents and supporters of President Trump. If America is to survive as a free Republic with the U.S. constitution protecting lawful Americans this must stop. Or are those democrats now in power going to be okay with the same happening to them if/when conservatives are in power?