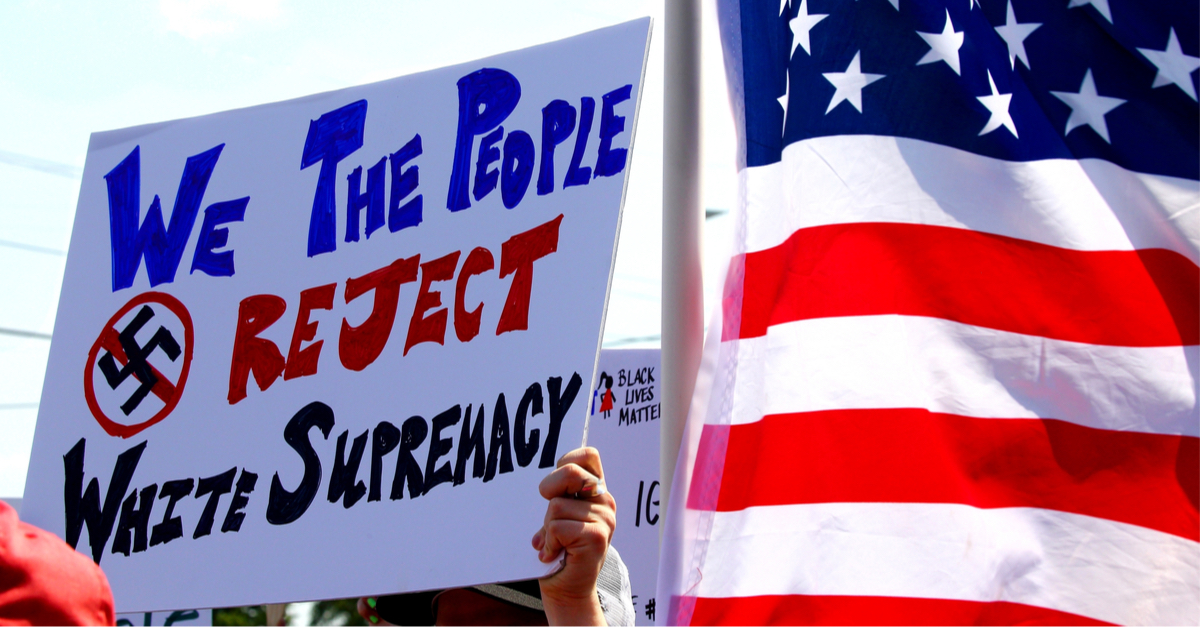 The following article, Philly Residents Fight Back, Scaring White Supremacist Group Out of Town, was first published on Flag And Cross.

The Constitution of the United States is a beautiful and awe-inspiring piece of history, and a functioning insurance policy against intolerance and inequality the nation over.  It tells us that all are created equal, and that each and every American is due liberty and justice – no matter what.

If you believe in the Constitution, then there is no room for hate in this nation.  There is no reason to believe that one person is inherently greater than the other, at least in terms of opportunity and inalienable rights, and those who profess differently are committing acts of diet treason on the daily.

Racists and bigot simply do not respect the Constitution, no matter how many ways in which they try to convince us otherwise.

And so, when true Americans are confronted with racism, they take action.

Masked white supremacists who marched outside Philadelphia City Hall over the Fourth of July weekend ran away when pedestrians confronted them, using smoke bombs to obscure their retreat, authorities said Monday.

This group of hate mongers was even bold enough to falsely claim that they themselves were “patriots”, despite their racism running counter to the Constitution itself.

The aptly-named City of Brotherly Love simply wasn’t having it.

In the video, people following the group can be heard yelling at the marchers and taunting them. At one point, one of the onlookers pushes a member of the group.

As they did, Little said, they threw what appeared to smoke bombs “to cover their retreat as they fled.”

White Supremacist groups have been growing bolder in recent years, largely driven by the mainstream media’s culture of division, which contributes heavily to the rampant radicalization of our nation.

No room in this country for racists no matter what their skin color is.

And this “white supremacy thing” is only that the ‘white race’ is in the majority and therefore in the liberal’s ‘democracy’ means that the majority rules. But it will not be very long before the ‘brown race’ along with the ‘black race’ will likely be in the ‘majority’, and then what, ‘black & brown supremacy’? And will that ‘supremacy’ also be terrible and not allowed?