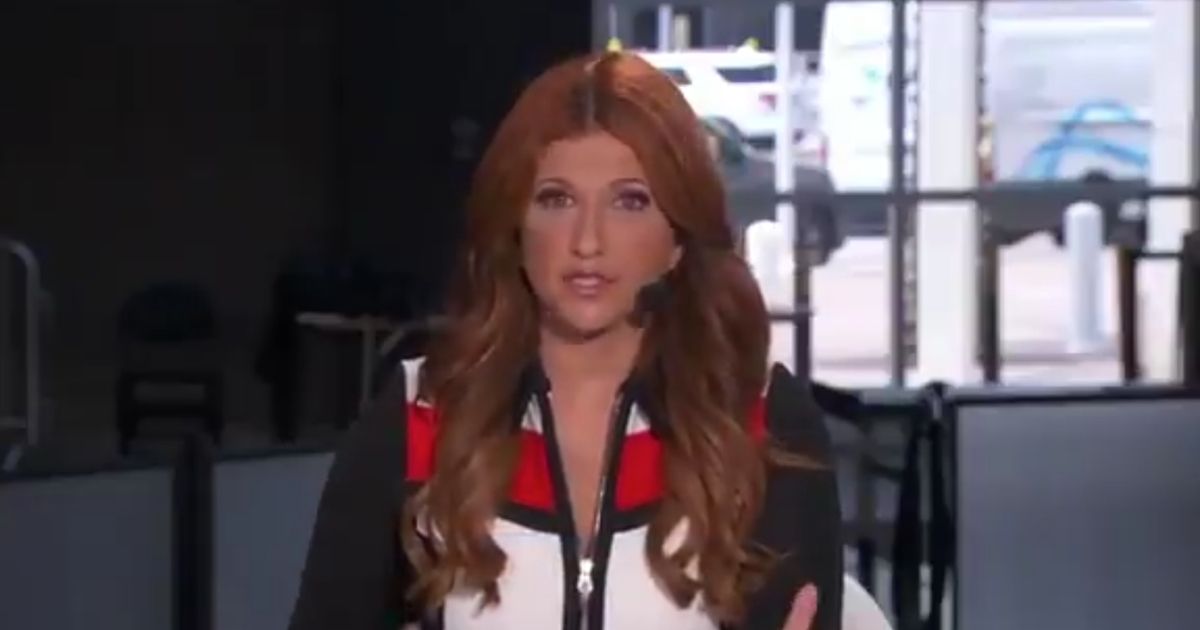 The following article, ESPN Reporter Yanked from NBA Finals Sideline After Blasting Network for Focusing on 'Diversity', was first published on Flag And Cross.

ESPN will pull longtime basketball reporter Rachel Nichols off the sideline during the NBA Finals following the release of a clip in which Nichols, who is white, accused ESPN of promoting fellow reporter Maria Taylor last year because she is black.

Nichols, in a July 2020 clip obtained by The New York Times and shared on Sunday, complained about the rise of Taylor, a fixture during college football games for the network. Nichols apparently felt threatened that the work she put in over the years might be undone due to a sudden interest in diversity from ESPN when social justice activism and virtue signaling took over sports and especially the NBA.

As a result of the dust-up between leftists at the left-wing network, Nichols will be replaced on the sideline by reporter Malika Andrews, who is black, but Nichols will still host the basketball show “The Jump” from Finals games during weekdays, according to ESPN.

“We believe this is best decision for all concerned in order to keep the focus on the NBA Finals. Rachel will continue to host The Jump,” ESPN said in a statement, according to The Washington Post’s Ben Strauss.

ESPN announces Malika Andrews will replace Rachel Nichols as sideline reporter during the NBA Finals: “We believe this is best decision for all concerned in order to keep the focus on the NBA Finals. Rachel will continue to host The Jump.”

The Times first shared the clip of Nichols complaining to LeBron James adviser Adam Mendelsohn about Taylor, who is black, quickly climbing the ESPN ladder during a phone call.

“I wish Maria Taylor all the success in the world. She covers football, she covers basketball,” Nichols said, apparently not aware she was being recorded by her own camera.

“If you need to give her more things to do because you are feeling pressure about your crappy longtime record on diversity — which, by the way, I know personally from the female side of it — like, go for it,” she said. “Just find it somewhere else. You are not going to find it from me or taking my thing away.”

Mendelsohn commented: “I don’t know. I’m exhausted. Between #MeToo and Black Lives Matter, I got nothing left.”

Neither Nichols or Mendolsohn were aware their conversation was being recorded and remotely stored at ESPN’s headquarters in Bristol, Connecticut, The Times reported. Both are still employed by their left-wing bosses — for now.

Nichols, who has yet to be canceled, apologized for the Taylor comments on Monday on “The Jump.”

“So, the first thing they teach in journalism school is don’t be the story. And I don’t plan to break that rule today or distract from a fantastic Finals, but I also don’t want to let this moment pass without saying how much I respect, how much I value our colleagues here at ESPN, how deeply, deeply sorry I am for disappointing those I hurt — particularly Maria Taylor — and how grateful I am to be part of this outstanding team,” Nichols said.

It isn’t clear yet who leaked the recording to The Times, but sports commentator Clay Travis shared a pretty interesting theory on Monday.

“Maria Taylor’s contract is up in a couple of weeks,” Travis claimed.

“Maria Taylor decided to have her people leak this story. She’s trying to extort #ESPN into paying her a massive salary increase which she does not otherwise deserve.” – @ClayTravis pic.twitter.com/yIK3JimFI0

“If you want to know how a story like this actually ends up occurring, it is because Maria Taylor decided to have her people leak this story. She’s the only one who benefits, she’s the only one not quoted directly in the story,” hypothesized the Outkick founder. “She is trying to extort ESPN into paying her a massive salary increase, which she does not otherwise deserve.”