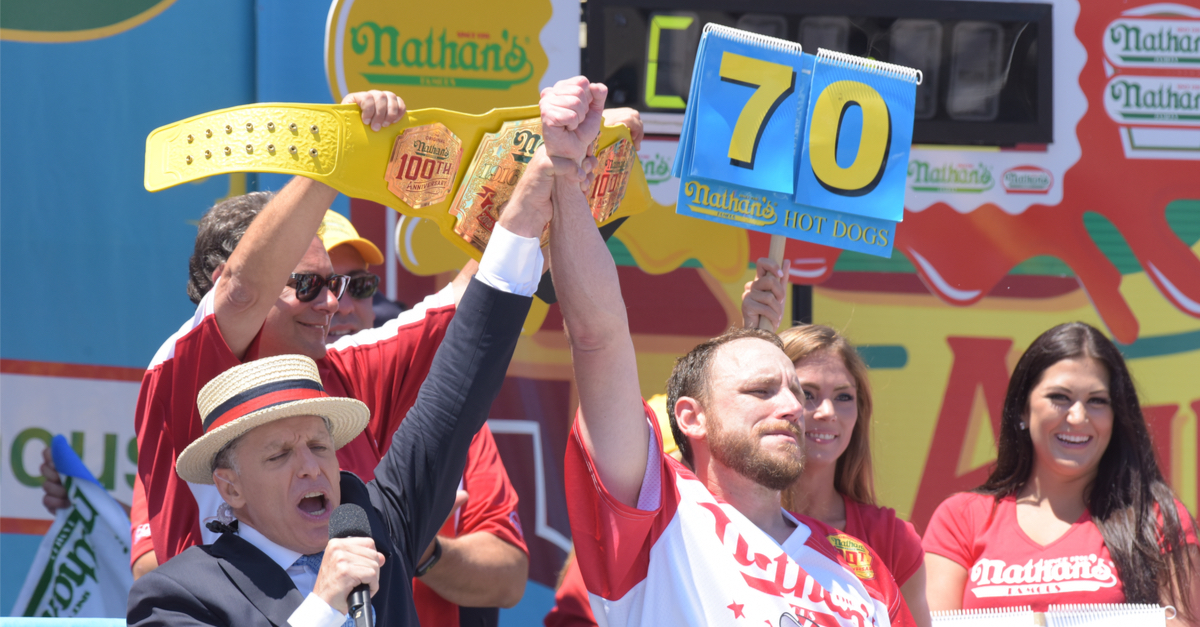 One of the 4th of July’s most time-honored traditions may also be one of its zaniest, and this year was no exception.

Every Independence Day, the Nathan’s Famous Hot Dog Eating Contest amazes spectators and onlookers alike, as the larger-than-life characters of the professional eating world take the stage for what is widely considered the ultimate test of their “sport”.

And no, this isn’t the rinky-dink affair that you might find at your local frankfurter spot.  The pageantry and fanfare are unparalleled, as evidenced by the introduction afforded to the world’s most prolific hot dog downer.

This entrance from Joey Chestnut is wildly incredible

And, if you thought for one second that Chestnut was going to phone it in in 2021, you’d be dead wrong.

Chowdown champ Joey “Jaws” Chestnut broke his own record to gulp to a 14th win in the men’s Nathan’s Famous Hot Dog Eating Contest on Sunday, while Michelle Lesco took the women’s title. Chestnut downed 76 franks and buns in 10 minutes. That’s one more than he did in setting the men’s record last year, when the contest unfolded without fans because of the coronavirus pandemic. “It just felt good,” Chestnut, of Westfield, Indiana, said in an ESPN interview after his win Sunday. “Even if I was uncomfortable, having everybody cheer me and push me, it made me feel good.” Lesco, of Tucson, Arizona, downed 30¾ dogs in 10 minutes and called her win “an amazing feeling.” Reigning women’s champ and record-holder Miki Sudo skipped this year because she’s expecting a baby in a few weeks with fellow competitive eater Nick Wehry.

Most Championship Titles in a single event. Joey Chestnut is legendary! pic.twitter.com/rzgoS9OItv