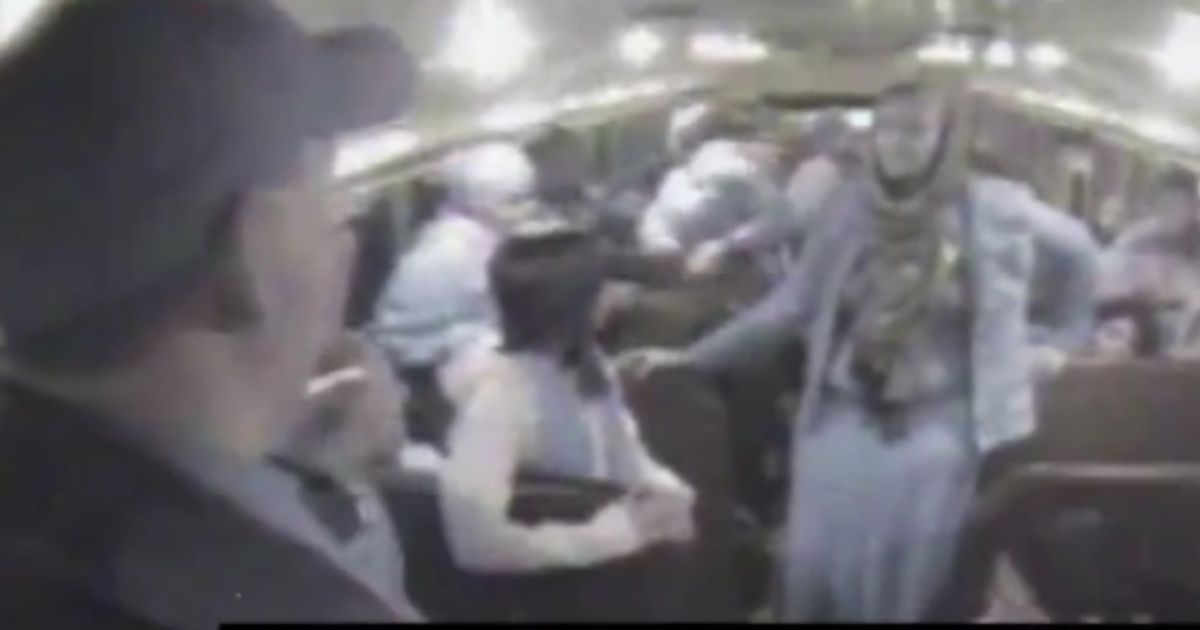 Ubax Gardheere wants to be a member of the King County Council in Washington state — not a minor office, considering that King County encompasses the city of Seattle. Gardheere is a hard-left activist who currently works in the Seattle city government.

She’s also made national headlines for allegedly threatening schoolchildren by saying she could have a bomb or a gun. But, you know, why let that get in the way of a run for office?

Now, footage of the 2010 incident has surfaced online, courtesy of the Post Millennial.

The video, which appears to show Gardheere threatening children aboard a school bus, ends with her being captured by a police officer.

According to Fox News, Gardheere, a Somali immigrant, boarded a bus headed to Chinook Middle School in Bellvue, Washington. After boarding, she allegedly told the driver to tell his dispatcher that “a national security incident was going on” and began screaming about American-Somali relations.

After she was told to leave the bus, she intimated she might be armed.

“You need to calm yourselves down ’cause I could have a bomb. Look how loose my clothes are,” court documents read.

This is slightly different from what’s in the video: “I’m Muslim, I’m covered, I might have a bomb!” the woman, allegedly Gardheere, declares. “I might have a gun.”

When students begin fleeing out the emergency exits, she calls them “cowards,” as if they were absconding from battle.

Prosecutor Gretchen Holmgren also said Gardheere “told [the children] they would be responsible if something happened to their classmates. Several students believed she had a weapon of some kind and many feared for their lives,” according to the Post Millennial.

When sheriff’s deputies showed up, Gardheere allegedly told them she was “prepared to die.”

“If you choose not to get off the bus, I’m gonna drop you right here as we stand, you understand that?”

“I don’t care whether you’re prepared to die,” the officer says as he begins to handcuff her. “I’m about prepared to kill you, how’s that?”

The video itself is a publicity nightmare:

WARNING: Some viewers will find the following video disturbing.

In an interview published last month by the South Seattle Emerald, Gardheere wrote the incident off as a “mental breakdown” that was unfairly “criminalized.”

“It means being a brand new mother and going through postpartum depression and then actually having a mental breakdown and being criminalized for that, instead of getting the mental health [support] that I needed,” Gardheere said.

In an interview with Seattle Weekly shortly after the incident happened, however, she said, “I’m thinking in my head, ‘What can I say or do that will get you taken to jail instead of a mental institute?'”

I suppose “terrorize kids by telling them you might have a gun or a bomb” is one answer to that, yes.

If this video is in fact of Gardheere — and it certainly seems to fit the particulars of an incident she’s more or less copped to — it shows just how harrowing the experience was for a bus full of middle school children.

But, of course, it wasn’t her fault because she wasn’t “getting the mental health [support]” that she needed. Don’t “criminalize” her!

Gardheere may have gotten better since 2010 — or maybe not.

Even though she is reportedly paid $130,000 a year by the city of Seattle, she co-authored a letter in April describing Mayor Jenny Durkan as a tyrant. She once again mentioned her mental health.

“We’re done working for a dictator posturing as a Mayor,” she wrote with another city employee.

“We’re done feeling increasingly out of touch with our communities and friends. And we’re done being women of color bearing a disproportionate emotional labor burden in our civilization’s collective reckoning with our mid-life (or is it end-of-life?) crisis.”

“We can tell you more about all of these things, in due time. For now, we’re taking some time off to reclaim our mental health.”

Good luck with that.

Here’s hoping Gardheere doesn’t claim a spot on the King County Council in the meantime.

Ah, another one of the anti-American, American hating people that obama brought into America. The obama/biden & biden/obama mistakes will likely bring America down?

Why is She even walking free when She can make these statements? She is a Treat to our Children’s Lives as long as she is alive and walking free!