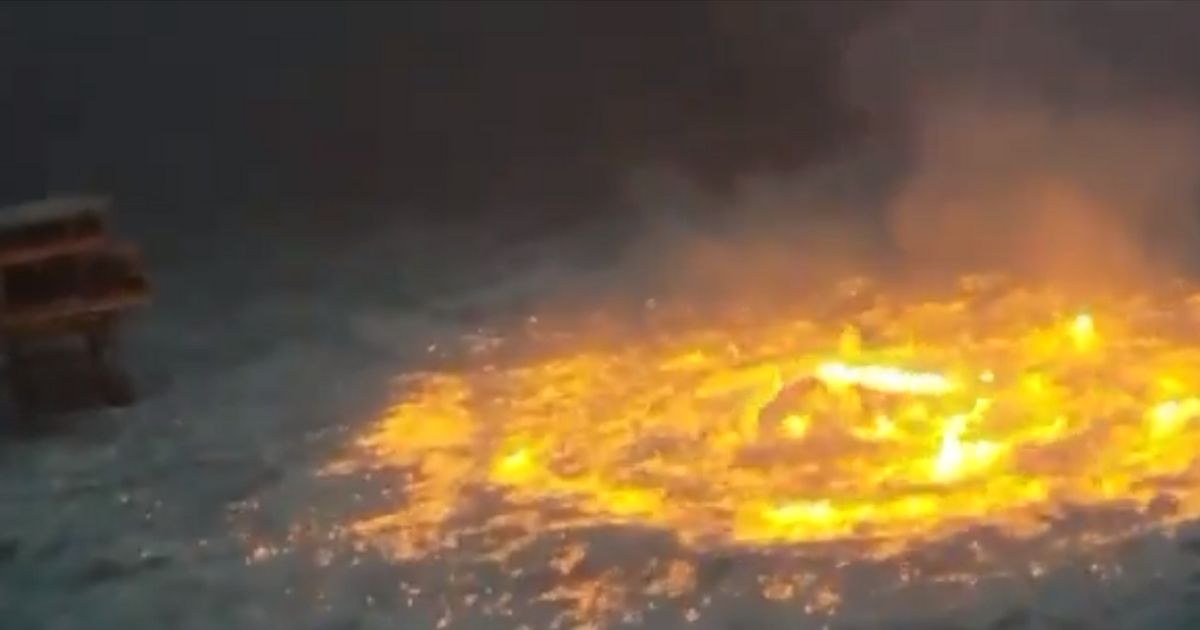 A fire on the ocean surface near Mexico that was started by a gas leak was extinguished Friday after videos of the blaze went viral.

The fire was started by a gas leak from an underwater pipeline that connects a platform at state oil company Pemex’s Ku Maloob Zaap oil development, four sources told Reuters.

The company’s most important oil development is located just north of the southern rim of the Gulf of Mexico.

The flames on the surface of the water looked like something out of the movie and was called the “eye of fire” as the fire burned west of Mexico’s Yucatan peninsula.

No injuries or evacuations of the facility have been reported as of Saturday morning.

“The turbomachinery of Ku Maloob Zaap’s active production facilities were affected by an electrical storm and heavy rains,” an incident report of the incident shared with Reuters read.

Nitrogen was used to help company workers control the fire.

“The incident was dealt with immediately when the security protocols were activated and with the accompaniment of nearby firefighting vessels such as Santa Cruz Island, Campeche Bay and Bourbon Alienor,” Pemex said in a statement, according to Market Research Telecast.

Angel Carrizales, head of Mexico’s oil safety regulator ASEA, tweeted that the incident “did not generate any spill” but did not explain what was burning on the surface of the water, according to Reuters.

The company said it would investigate the cause of the fire.

“As part of the fossil fuel extractivist model, these are the risks that we face daily and that call for a change in the energy model,” Gustavo Ampugnani, executive director of Greenpeace Mexico, told Market Research Telecast.

Pemex has a record of major industrial accidents at its facilities, Reuters reported.