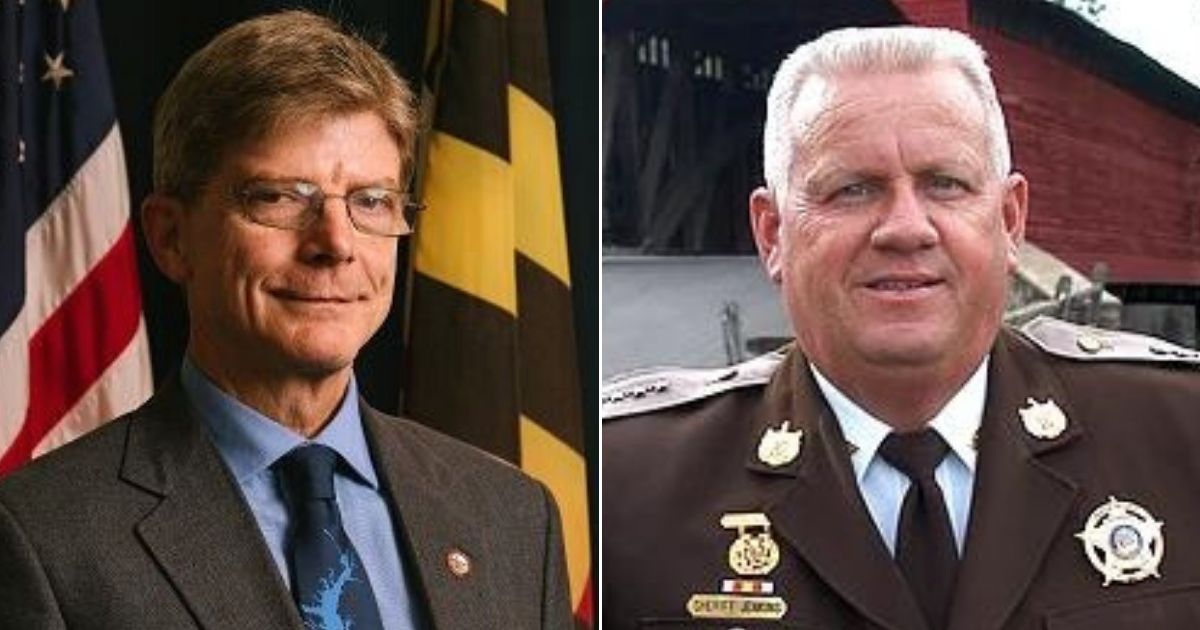 The following article, Sheriff Erupts on Dem Lawmaker Who Interfered with Deputy's Stop of a Black Driver, was first published on Flag And Cross.

A Maryland sheriff criticized a County Council member who he said interfered in a traffic stop and jeopardized a deputy’s safety in the process.

“Hagen, you had absolutely no business to interfere with the lawful duties of a deputy,” Jenkins said.

“He made a traffic stop based on a violation, a clear violation. It was none of your concern to stop with.”

The deputy had pulled the driver over on a tag violation and was talking to the driver when Hagen approached the vehicle.

According to Jenkins, the deputy recognized the Democratic council member and told him he couldn’t stay and was blocking traffic.

Hagen reportedly refused to leave until the driver confirmed he was alright.

“This is outrageous. Who in the hell does he think he is?” Jenkins said of the council member.

Hagen, who is white, called in during the interview and said he stopped his car alongside the traffic stop because he noticed the driver was black.

“My wife and I were driving up Route 15. We noticed that a deputy was pulling over a car that wasn’t speeding, so we didn’t know what that was all about, and obviously, it could be a lot of different things,” Hagen said.

“And as we drove past … we noticed that it was a black driver,” he said.

The sheriff asked the council member if he came back because of the driver’s race, according to WFMD-AM.

“That was a consideration,” he responded.

Hagen then claimed there is local and national systemic racism in law enforcement, which the sheriff denied.

“Kai, if there’s a racist on the line, it’s you, my friend,” Jenkins said.

“You are an embarrassment to Frederick County and the County Council,” the sheriff said. “The problem is the council can’t reel you in. They can’t control you. But guess what? If they refuse to do anything, this is my route. This is the way I have to go with it.”

In an email complaint to County Council leadership, Jenkins cautioned council members to “question [Hagen’s] judgement” after the incident.

“This inexcusable action by Hagen and total disregard for the law and the safety of all involved, demonstrate that he is unfit to serve as a council member and would make anyone question his judgement and decision making ability,” Jenkins wrote.

Continue reading: Sheriff Erupts on Dem Lawmaker Who Interfered with Deputy's Stop of a Black Driver ...