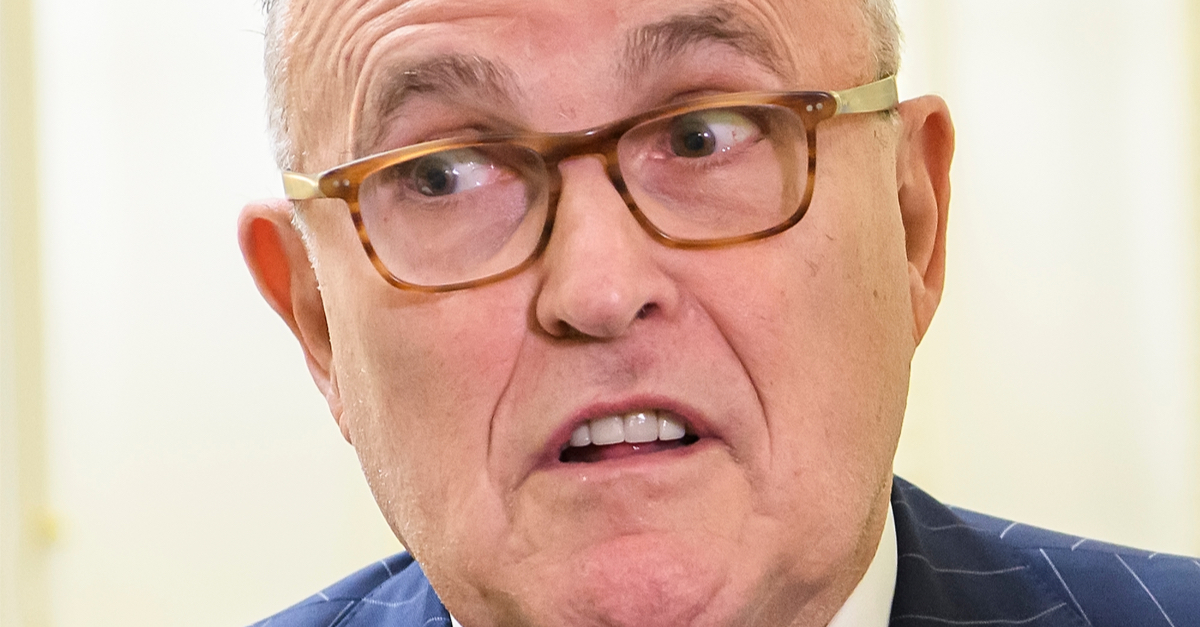 The following article, Giuliani, Powell, and Lindell Subpoenaed by Dominion Voting Systems, was first published on Flag And Cross.

Rudy Giuliani has long been looking for a day in court to discuss his feelings about the way in which the 2020 election shook out, but this isn’t likely what he had in mind.

In his former role as personal attorney for Donald Trump, the former NYC Mayor was summarily shut out of just about every court room that he looked to find an audience in, with his claims that the 2020 election was “rigged” against his client.  Judge after judge refused to budge, and Rudy struck out.

Now, as Dominion Voting Systems continues with their legal action against those who they say defamed the company during the fiasco, Rudy, along with a number of other electoral doubters, are being asked to turn over a number of documents.

They now have to hand over documents related to their involvement with the news network, Bloomberg first reported on Thursday.

Dominion had sued the three for $1.3 billion each over their roles in spreading the debunked conspiracy theory that its voting machines “flipped” votes from President Donald Trump to Joe Biden during the 2020 election.

Dominion’s query was wide in its scope.

The subpoena asked Giuliani, a former New York mayor who served as Trump’s personal lawyer, to hand over all documents related to his appearances on Fox since 2016 and all communications with the network related to both the 2020 presidential election and Dominion, Bloomberg reported.

The subpoena also asked for Giuliani to provide documents about the nature of his relationship with the network, “whether formal or informal, compensated or uncompensated,” the report said.

Dominion sent similar subpoenas to Lindell and Powell, a pro-Trump attorney. They have until July 25 to comply, Bloomberg reported, citing the filing.

It has been a tough week for Giuliani, who just days ago had his license to practice law suspended in New York State over his claims regarding the 2020 election.