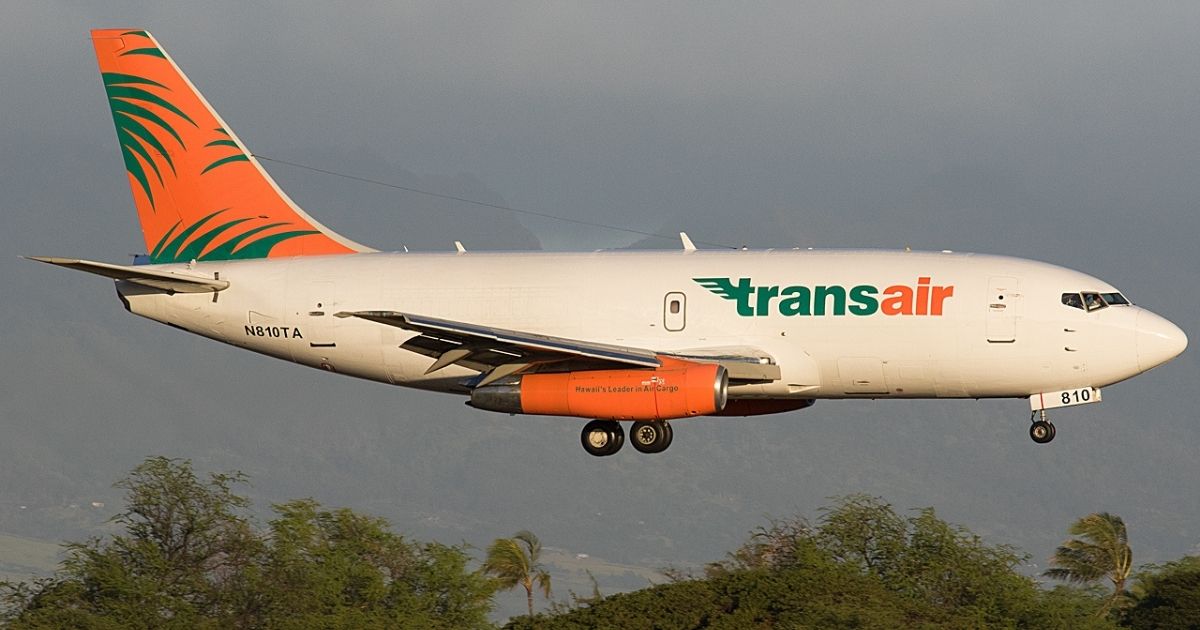 Two pilots are safe Friday after they were forced to make an emergency water landing off the coast of Hawaii, and were quickly rescued by the U.S. Coast Guard.

A Boeing 737-200 cargo plane with only two people on board took off from Honolulu at around 1:33 a.m. local time. The plane was the fourth this year built by the manufacturer to require an emergency landing.

The pilots reported engine trouble and attempted to head back to the airport. The plane never made it and was ditched in the water soon after take off.

“The pilots had reported engine trouble and were attempting to return to Honolulu when they were forced to land the aircraft in the water,” the Federal Aviation Administration said of the incident, Reuters reported.

No injuries were reported and it isn’t clear as of Friday what might have caused the suspected engine failure.

The FAA and the National Transportation Safety Board will conduct an investigation into the non-fatal crash landing.

A 737-200 cargo aircraft operated for Transair by Rhoades Aviation made an emergency landing in the water near Honolulu after reportedly suffering engine trouble. The FAA reports that both crew members have been rescued. ADS-B data is available at https://t.co/lsdJ4WlkHy pic.twitter.com/8D71tEQ3wy

The cargo plane was headed to the Kahului Airport on the Island of Maui.

The flight-tracking company shared an image of a Boeing 737-200 and noted that the aircraft involved in the Friday morning water landing was built in 1975.

Reuters reported the plane involved in the ill-fated flight was owned by Rhoades Aviation Inc., a Hawaiian company that does business as Transair and opened in 1982.

The company has not yet released a statement about the crash landing, nor has Boeing. Transair notes on its website that, prior to Friday, the company had never reported an incident in its nearly 30-year history.

“We are proud of our unblemished record in providing the longest running All Cargo operation in the State of Hawaii providing un-interrupted service to our clients since 1982,” the company said.

Boeing’s stock opened up Friday down more than two points after the report of the plane’s water landing.