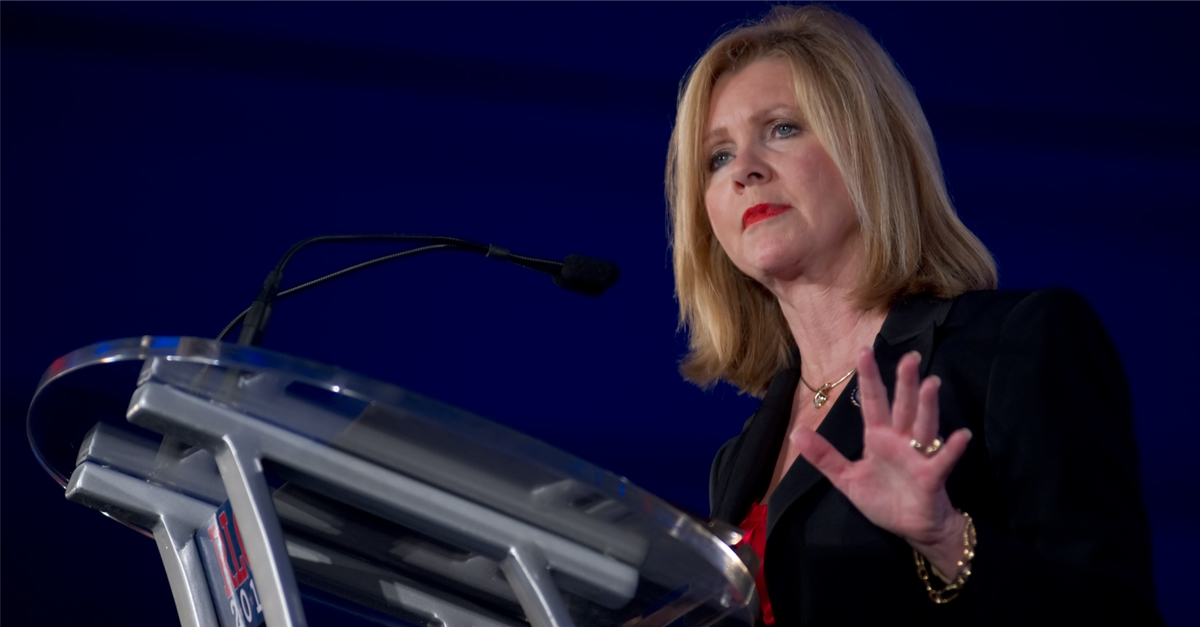 It took over three months from Vice President Kamala Harris to visit the southern border after being tapped by President Joe Biden to oversee the humanitarian crisis that was taking place there, providing ample ammunition to Republicans.

During that time, the border crisis has undoubtedly worsened, as evidenced by the fact that South Dakota Governor Kristi Noem was compelled to send National Guard troops to Texas to help out where the federal government either could not or would not.

Republican Senator Marsha Blackburn is livid over Harris’ negligence, and has no problem demonstrating that.

“She’s 93 days late, and she went to the wrong address when she did this,” Blackburn said when asked about Harris finally visiting the border. “Why not go to the Rio Grande, which has twice as many illegal entrants as El Paso? Why not go out on the border, not just to the facility? Why not go out on the border and see where the wall has stopped — look at the traffic coming across the border. Find out what the cartels are doing. Go out with some of these local law enforcement or some of the Border Patrol and see what they’re having to deal with every day. That’s how you get your arms around this issue.”

Blackburn also ripped Harris for bringing with her Rep. Veronica Escobar (D-TX), who recently was caught having her staff down in Mexico teaching migrants how to violate U.S. policy to get into the United States — charges Escobar denies. Escobar also during the trip with Harris called the U.S. border with Mexico the “new Ellis Island,” a sign she supports open borders rather than security.

“But, Rep. Escobar going down to Mexico or having her staff go to Mexico teaching people or trying to help people circumvent U.S. law — it is unbelievable,” Blackburn said. “If you had Republicans out trying to help people circumvent U.S. law, I think there would be a little bit of something said about it, and you would have some of these news agencies with 24/7 headlines about it. But that’s what they did.”

Harris has repeatedly snapped at reporters who’ve asked her about her border strategy, and White House aides have quietly been suggesting that the Vice President’s trip to Guatemala and Mexico weeks ago was an abject failure.