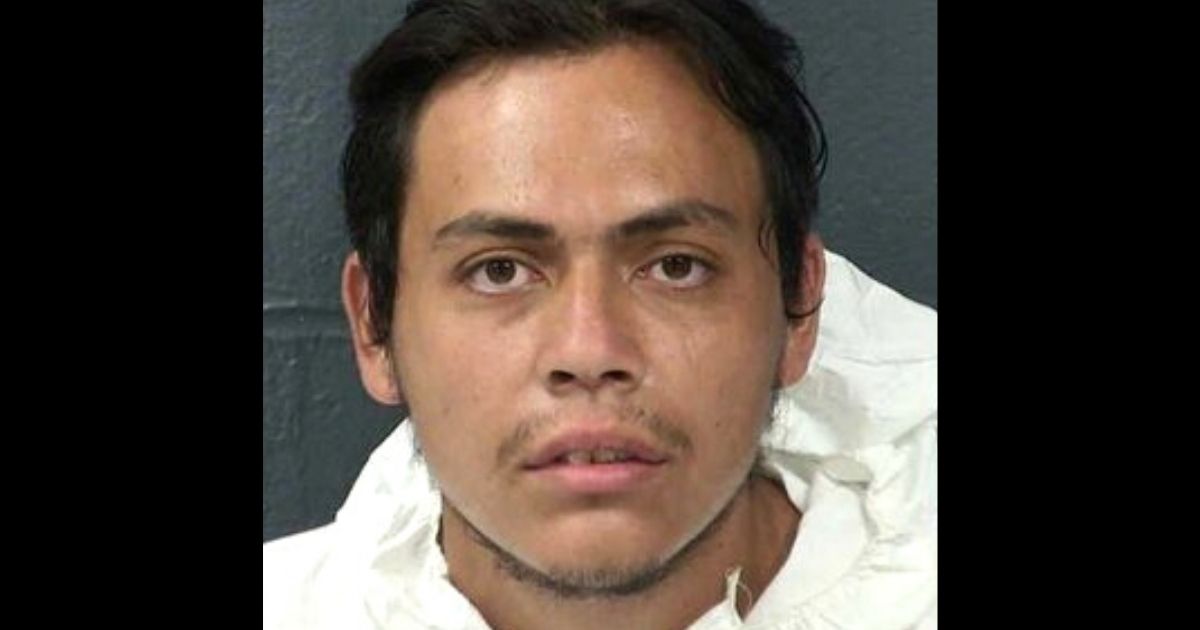 The following article, Biden's Crisis: Illegal Alien Accused of Beheading Man, Playing 'Soccer with His Head' While Out on Bail, was first published on Flag And Cross.

An illegal alien with an extensive criminal history was indicted on a first-degree murder charge Tuesday after police say he confessed to decapitating a man and then callously kicking his head around like a soccer ball.

Joel Arciniega-Saenz, 25, admitted to police that he had stabbed the victim — 51-year-old James Garcia — in Dona Ana County, New Mexico, and then cut his head off, KTSM-TV reported.

Arciniega-Saenz “then played soccer with his head” by kicking the victim’s head at 14 different cars, according to an affidavit.

During his confession, the suspect told police that he killed Garcia as revenge because the victim had allegedly raped his wife four years ago. The suspect reportedly did not provide any evidence to support his accusation.

Arciniega-Saenz’s next court appearance is scheduled for Tuesday, according to the Las Cruces Sun-News. He’s being held without bail at the Dona Ana County Detention Center.

At the time he allegedly murdered Garcia, Arciniega-Saenz was out on bail for a different crime. He has a lengthy criminal history.

Joel Arciniega-Saenz is charged with the first degree murder of James Garcia. https://t.co/0NuA8KQunX

In May, he was arrested after being caught on surveillance video throwing rocks at local businesses, according to KDBC-TV.

In 2017, Arciniega-Saenz was arrested in connection with another murder. However, he was released after the key witness was found with a gun that used the same bullets that reportedly killed the victim.

An official with Immigration and Customs Enforcement suggested to Breitbart News that the agency had placed an immigration detainer on Arciniega-Saenz.

An ICE detainer is a written request asking local law enforcement to detain an illegal alien so ICE agents could take the suspect into federal custody so he can be deported.

The detainer is reserved for illegal aliens who are earmarked for deportation because they have committed other crimes (in addition to the crime that landed them in a local jail and on top of being in the country illegally).

“Under federal law, ICE has the authority to lodge immigration detainers with law enforcement partners who have custody of individuals arrested on criminal charges and who ICE has probable cause to believe are removable noncitizens,” an ICE official told Breitbart News.

“The detainer form asks the other law enforcement agency to notify ICE in advance of release and to maintain custody of the noncitizen for a brief period of time so that ICE can take custody of that person in a safe and secure setting upon release from that agency’s custody,” the official said.

As disgusting as this crime is, what’s even more sickening is that there were multiple checks in place that might have prevented it.

Next, there’s the border wall that was built under former President Donald Trump. But Biden stopped construction on the wall on his first day in office, leaving gaping holes at the southern border. This is essentially like a neon welcome sign encouraging illegal aliens to flood the country.

Even after ICE manages to deport illegal aliens, they often come right back by illegally crossing our porous border.

Then, there are local and state police, who arrest illegal aliens who commit crimes such as driving while intoxicated, theft, battery, rape and murder. But many of these criminals are released from jail because of Democrats’ no-bail policies.

All of this has the tragic effect of making every day an unending Groundhog Day for Border Patrol agents and ICE officials, who often chase and apprehend the same illegal aliens they deported from the country just months earlier.

Biden’s DHS Considers a Plan to Bring Illegal Aliens Deported by Trump Back to the US https://t.co/MIMfG8IdNB

For example, Jose Ines Garcia Zarate — the illegal alien who killed Kate Steinle in 2015 — was a seven-time felon who had been deported five times before shooting Steinle.

Even though he wasn’t even supposed to be here in the first place, Zarate benefited from U.S. laws, which provided him with a free criminal defense attorney and the presumption of innocence throughout his murder trial. To add insult to injury, he was acquitted of the murder in 2015.

In addition to being a massive waste of time and government resources, all of this is a gigantic waste of taxpayer money. The American people are funding this vicious circle of Democrat-endorsed lawlessness.

These billions of dollars wasted every year chasing down the same illegal aliens who were deported months or years earlier would be better spent on addressing poverty, getting homeless people off the streets, fixing gaping potholes across the country and bolstering the flailing economy.

Continue reading: Biden's Crisis: Illegal Alien Accused of Beheading Man, Playing 'Soccer with His Head' While Out on Bail ...

Well, but old senile joe is looking at the criminal’s good side, he is going to vote democrat in all future elections, early and often.