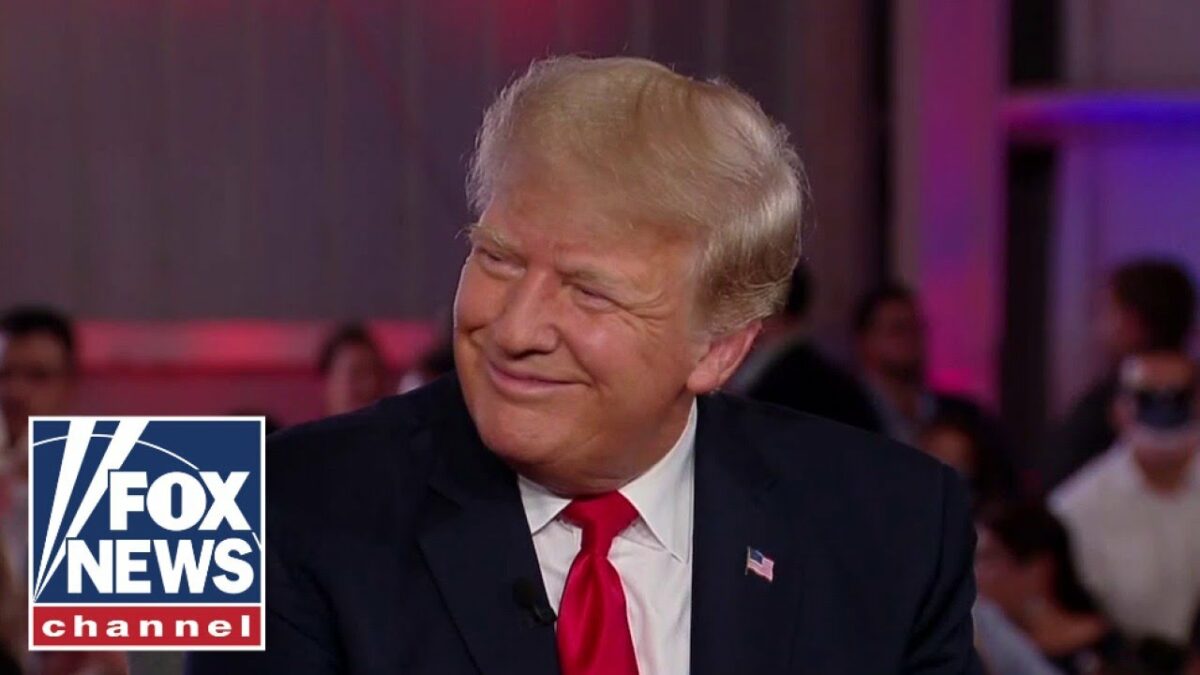 The following article, Trump Announces He Has Made Up His Mind on Running in 2024, was first published on Flag And Cross.

Former President Donald Trump said on Wednesday night that he has made up his mind about running for president in 2024, though he has yet to make an announcement regarding his White House plans.

During a town hall event with Fox News host Sean Hannity in Edinburg, Texas, on Wednesday, Trump was asked the question many supporters have been waiting to have answered.

“Let me ask the crowd,” Hannity said. “Of everybody here, would you like to see the president run again in 2024?”

The audience erupted in applause.

“You’re not going to answer, but I have to ask,” Hannity said to Trump.

“Where are you in the process? Or, let me ask you this, without giving the answer, what the answer is, have you made up your mind?”

“I think you got it right,” Hannity told the crowd.

“It’s not that I want to,” Trump later clarified. “The country needs it. We have to take care of this country. It isn’t fun, fighting constantly, fighting always.”

Multiple controversies surrounded the border security event. Fox News cut off its live coverage of Trump’s remarks at the border after he began discussing his allegations of fraud in the 2020 election.

Despite heavy promotion of the event, the network abruptly returned to studio coverage after Trump claimed he had won the 2020 presidential election.

Raw Story captured the Fox News coverage change and posted it to YouTube.

Trump’s full remarks were streamed on several other platforms, including Abbott’s Facebook page.

Abbott posted a video Tuesday ahead of Trump’s visit to the nation’s southern border announcing a security briefing that would be streamed live on Facebook despite Trump’s ban from the platform.

Securing the border is not just important to Texas—it is vital to America.

TOMORROW President Trump will join me and law enforcement officials for a border security briefing in Weslaco.

The livestream aired on the Office of the Governor Greg Abbott Facebook page.

The Facebook livestream was considered somewhat controversial as the social media giant banned Trump following the Jan. 6 incursion of the U.S. Capitol.

Continue reading: Trump Announces He Has Made Up His Mind on Running in 2024 ...