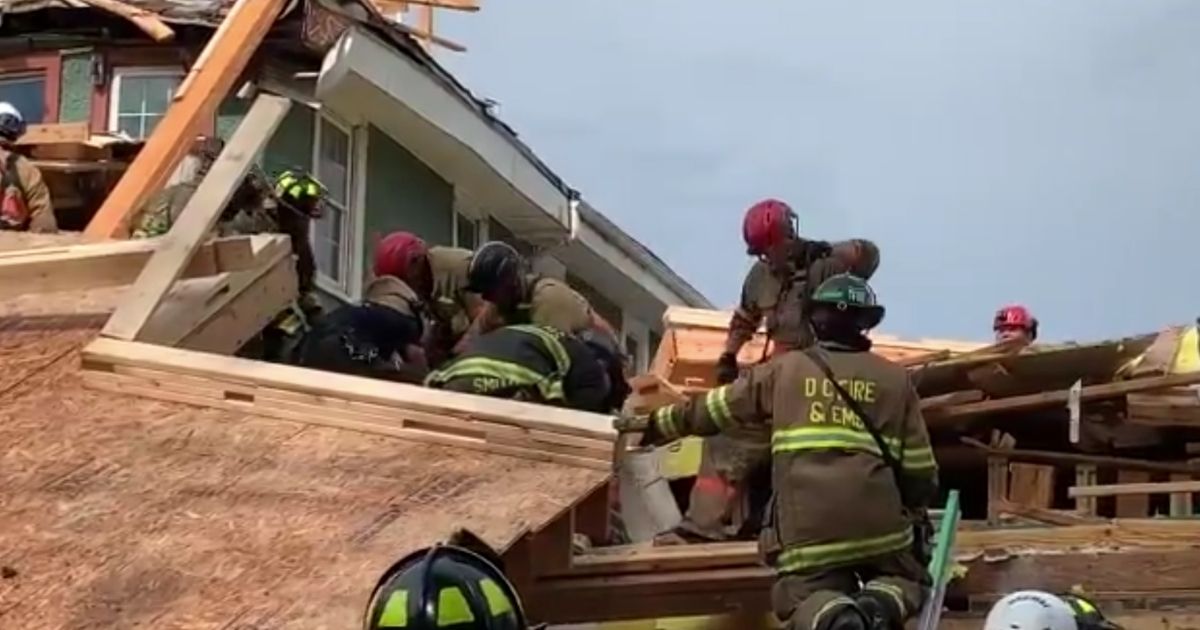 The following article, Rescue Efforts Underway After Building Collapses in Washington, DC, was first published on Flag And Cross.

A building collapse in Washington, D.C., left at least five people injured including a construction worker who was trapped in the rubble for about 90 minutes before rescue crews freed him.

“He was very, very lucky,” Fire Chief John Donnelly said, according to WTOP-FM.

Donnelly said the man was taken to the hospital with serious but not life-threatening injuries.

The five-story building in the northwest part of the District of Columbia collapsed at about 3:30 p.m. local time.

“All of a sudden it started thundering and raining … then the building just collapsed,” said Victor Villatoro, who lives nearby, according to WUSA-TV.

“It sounded like a big boom boom boom. Like a big bomb. I’m just shocked,” he said, adding that the building had been under construction for about a year.

The worker was trapped under three stories of rubble, and was lying against a beam. He had about eight inches of space around him.

Donnelly said it was “a very, very fast extrication” given the circumstances.

Four other workers were injured in the collapse and taken to the hospital, but Donnelly said their injuries were not life-threatening.

Donnelly said small search cameras, a rescue dog, “chain saws and manual labor” were the key pieces in the rescue.

Update Kennedy St collapse. #DCsBravest have successfully removed the trapped victim. He is an adult male and is conscious. pic.twitter.com/93r1gQk0l5

Donnelly said one other building was compromised by the collapse.

“We’ve seen these before where the people didn’t [survive] so he was definitely blessed today,” Donnelly said, according to WRC-TV.

“You could hear him screaming in pain,” reporter Mike Murillo of WTOP said.

After the rescue, firefighters continued rescue efforts in the debris with search-and-rescue dogs to ensure there were no other people trapped.

The cause of the collapse remains under investigation.